Ollie Horgan's side at home on Friday night 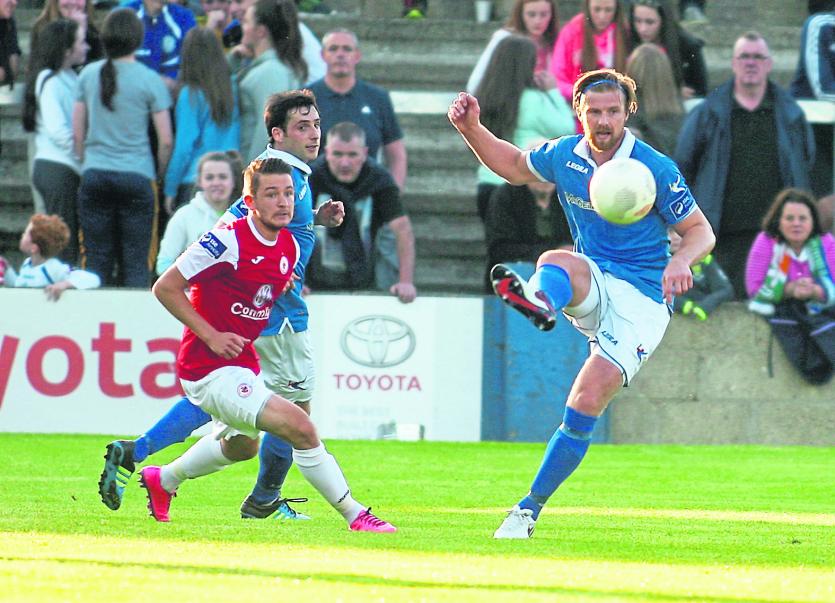 Keith Cowan will miss tomorrow night's home game against Cobh Ramblers because of a hamstring injury.

Finn Harps manager Ollie Horgan is likely to once again look to his U-19 squad for reinforcements ahead of Friday night’s visit of Cobh Ramblers in the SSE Airtricity First Division (kick-off 8pm).
Horgan has already bemoaned the fact that he’s working with a relatively small panel this season.
But with Keith Cowan the latest player facing a lengthy spell out through injury, and team captain Ciaran Coll another likely absentee this weekend, his selection dilemmas appear to be worsening by the week.
“I’ll put it to you this way, I’m not sure how we’re going to be fixed,” Horgan said.
“We’ve got other players carrying knocks too. We may have to patch at least one player up for Friday night. We might have no other choice.”
Cowan’s injury, sustained during the first half as Harps drew 0-0 with Shelbourne at Tolka Park last weekend, is the latest blow that Horgan could so easily have done without.
The club’s vice-captain has been playing really well of late, but his expected long lay-off will be sorely felt.

Deputised
Coll has deputised, when needed this season, at centre back. However, he missed the Shels game because of illness and hasn’t trained at all this week. He’s not ruled out for the Cobh game, but as of yesterday, he remained a major doubt.

Good Luck to @FinnHarpsFC playing tonight against Cobh Ramblers in the @SSEAirtricityLg Division 1. Venue is Finn Park and the match kicks off at 8.00pm. pic.twitter.com/EO7XsOqZvf

With Sam Todd the only recognised centre back in the panel, Horgan may look to Lee Toland to fill in as a second centre back - that’s if he can find a suitable replacement at left back.
Meanwhile there may also have to be another change at midfield where the Harps boss has given Paddy McCourt a ‘1 in 100’ chance of making it.
“Above all weeks it’s not looking good for Paddy either,” he added.
“But you never know with Paddy. He could still play - but it’s very unlikely.”
Harps, with four wins and a draw in their last five games, sit joint second in the table, five points adrift of the leaders UCD, but with a game less played.
They did manage to beat Cobh 2-0 at St. Colman’s Park on St. Patrick’s Day, and the Cork outfit, who lie third from bottom in the table, have found victories hard to come by this season, winning only three from their 11 games.
“Yeh, but they’ve turned things around a bit over the last few weeks,” Horgan pointed out.
“They beat Longford 2-0 in the League Cup and beat Cabinteely 1-0 last weekend.
“So they’re back up and running, keeping clean sheets and they’re playing well.
“We were fortunate to win at their place. Ciaran Gallagher made a couple of good stops when it was at 0-0 and we managed to get a couple of goals late on.”
Tomorrow night’s match is one of three fixtured in Division One. Leaders UCD host bottom of the table Athlone Town, and Drogheda United, level on points with Harps, are at home to Wexford.