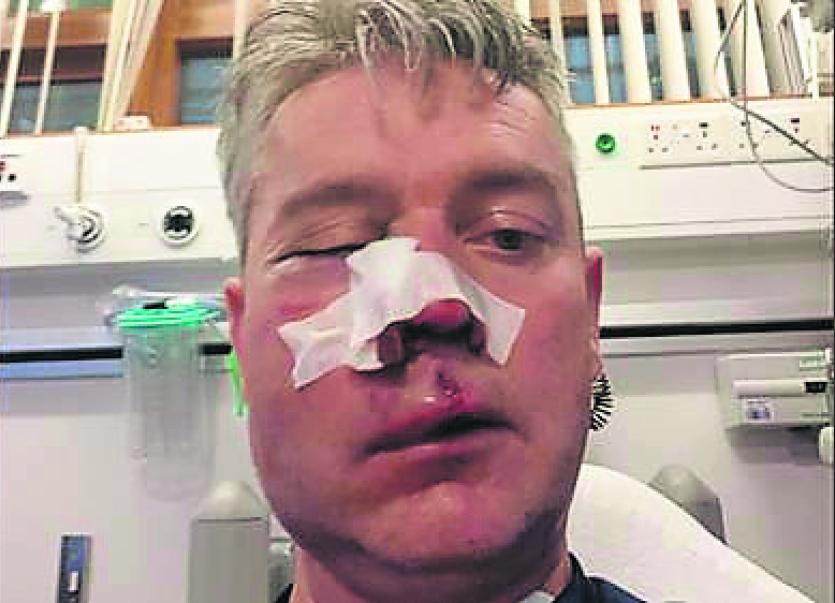 As Donegal man and former Arranmore Utd. player Daniel Sweeney recovers in a Dublin hospital after a vicious assault, a well known soccer manager and former player has told the Democrat that violence on our playing pitches in both soccer and gaelic is endemic.
Jerry Early of Arranmore Utd is a close friend of Daniel Sweeney who has been the subject of intense media coverage this week after a brutal assault after a match in Offaly.

Speaking to the Democrat Jerry said, “This is a shocking attack on an ex teammate and friend. It is a disgusting act of cowardice and I hope the strongest possible action is carried out by the gardaí on the perpetrators.
“We are just seeing too much of this type of thing and it is not just confined to soccer. It seems to be a common occurrence on the gaelic pitches as well. We have all seen the videos on YouTube.”
He added, “I don't make myself out to be an angel. As both a manager I have done my fair bit of shouting and tackling but have never stooped to this level which can only be described as criminal.
“At Arranmore we pride ourselves in being the recipients of the Fair Play award on a number of occasions. What happens on the pitch stays on the pitch after the final whistle has been blown.
“For the moment we wish to extend our very best wishes to Daniel for a very speedy and full recovery.”
A popular south Donegal GAA referee who preferred not to be named in fear of retaliation added, “This incident is just symptomatic of what is happening now.
“We are witnessing it weekend after weekend from underage upwards and it really has reached the stage that it is becoming impossible to get referees
“You have to remember there are thirty players, probably up on 20 mentors and then the supporters. How is one man expected to satisfy a few hundred people?
“Anything that happens on the pitch should remain on the other side of the white line. somebody is going to be very seriously hurt if this trend continues.
Concluding he said, “This intimidation does not end there - you are attacked verbally when you are out, getting phone calls late at night - do people not realise that we used to fo this for the enjoyment, this has gone out of the game.
“It's time we started to enforce the rules.”