ST CATHERINE’S from Killybegs have been in excellent form in the Milford Inn Division One of late and they continued their run in the Ulster Junior Cup thanks to a 1-0 win over Dunkineely Celtic.

ST CATHERINE’S from Killybegs have been in excellent form in the Milford Inn Division One of late and they continued their run in the Ulster Junior Cup thanks to a 1-0 win over Dunkineely Celtic.

With only 10 minutes to go the Saints got a corner and Conor O’Rourke swung the ball in and there was Shane O’Rourke to head the only goal. The Saints nearly doubled their lead from another corner but Conor Blain’s header went just over the bar. Dunkineely tried to push hard to get the equaliser but they could not find the net.

An exciting game at Flagpole Park went the distance and it was Rathmullan Celtic who held their nerve in the shoot-out.

It was the visitors who opened the scoring when Declan Sweeney headed into the top corner. Rathmullan pulled level when Dara Patton scored from a free-kick. The Seasiders dominated for a period and Kevin McCarry rewarded their pressure when the winger scored directly from a corner kick on the half hour mark to give the Hoops the lead going into the second half. The home side extended that lead when Patton was on the mark again. Lagan got level thanks to a brace from Kevin Kelly. In the shoot-out Mark Walshe stole the show denying Kevin Kelly and Seamie Peoples allowing Johnny Sweeney to convert the winning penalty.

A goal in each half was enough for Glenea to reach the next round of the Ulster Junior Cup at the expense of Fintown Harps.

The hosts opened the scoring on the half hour when Michael McClafferty’s effort from the right wing was misjudged by the away keeper and ended up in the net. Glenea eventually extended their lead on 80 minutes when Kevin Mulhern scored from the spot after Brian Cuffe was fouled. Fintown had a late chance to pull a goal back on 88 minutes but Leon Thompson failed to convert a penalty after he had been fouled.

Gweedore United F.C. made their own bit of history on Friday night when they played their first ever match under floodlights at Carrickboyle.

In front of a big crowd the home side got off to the best possible start when the first attack produced a goal with Kevin Cassidy tapping in at the near post to make it 1-0. Frank McGee headed the ball past Daniel McCabe for two. The home side got their third when Sean Paul Mc Mahon headed in. Cassidy then got his second froma rebound. United got their fifth in the 49th minute when good football between Kevin Cassidy and Padraig McFadden put Sean Paul Mc Mahon through to slot the ball into the back of the net. In the 54th minute Ballyhaise pulled one back when Kevin Tierney drove home.

Ramelton Mariners and Aileach FC played out an entertaining game at Rabs Park but it was the visitors who left with the win.

Mariners started brightly and took the lead in the 25th minute when a flick on from Paul Stevenson was dispatched to the net by Barry Harte.

Aileach equalised immediately when a right wing cross from Kieran McGrory was headed home by Brian Tracey. They gained the upper hand in the second half and eventually got the winner when in the 77th minute Neil McElhinney headed the winner.

In cold blustery conditions both teams held tight early on at Parkview. Midway through the first half Emmet White latched onto a poor clearance and beat Colm Kelly in the Eany goals from outside the box. Barry Rose beat the off side trap and looked a cert to score only Paul Lafferty in the Castlefin goal was quick off his line to pull off the save of the match. Ronan Tourish met a cross from his brother Barry to make it two for the home side on the stroke of halftime.

Dylan White played Emmet White through for Castlefin’s third straight after the restart and White completed his hat-trick on 70 minutes following another assist from Dylan White. Thomas Maguire pulled one back via a back post tap in for Eany in the 75thminute. In the 78th minute Thomas Devlin met a Dylan White cross at the back post for Castlefin’s fifth and Dylan White added a sixth minutes later following a rebound from Emmet White’s shot. After a few near misses Barry Rose finished the scoring got on to a through ball from Naul Mullin.

Thomas Maguire was industrious for Eany while Keiron Brennan and Damien McAnenney were solid for Castlefin.

The deadlock was broken on the half hour mark when Daniel Bonner’s free kick was parried by the Convoy keeper and the rebound was burried in the net by Declan Proctor. Just before the break Ryan Carlin’s shot was well saved by the Arranmore keeper after a great delivery from Harvey.

Convoy were dominant for most of the second half with little penetration. On 65 minutes Michael Melaugh found Darren Harvey on the right hand side and his resulting high centre kick was headed home by Chris Lynch for the equaliser. Convoy had a number of near misses after this and on 70 minutes substitute Sean Sweeney’s centre from the left hand side was headed wide by Jason Toner. In the dying moments a misplaced pass in the Convoy midfield saw the visitors take the initiative and Luke Harkin was adjudged to have fouled Declan Proctor inside the box. The resulting penalty was slotted home by Daniel O’Donnell.

Best for the visitors were Brendan McGarvey, Daniel O Donnell and Declan Proctor while Luke Harkin, John A Kee and Darren Harvey featured for the home side.

With league leaders Bonagee United not in action on Sunday and the Keadue Rovers v Glenree United match postponed due to a club bereavement Ballybofey United went to top of the table with two first half goals, this after having the ball in the net on two occasions early on, only to have them disallowed.

Ballybofey should have extended their lead further especially in the final ten minutes when Conor Doherty and Oisin Merritt passed up on good scoring chances that they would surely have scored on another day. If they are intent on staying at the summit of the table chances like these will need to be taken.

A good all round performance from the home team while Whitestrand battled well and will cause plenty of problems for teams as the season progresses and the pitches get heavier.

Copany and Letterbarrow played out a two all draw under the floodlights in wet conditions in Ballyshannon on Friday night.

Letterbarrow had the lead twice, but couldn’t hold on with James McGroary repeating his free kick goal of last year.

Paul McGrory replied after the break and although Stephen Graham restored the lead against his old side, Thomas Given gave Copany a share.

With Letterbarrow tiring Copany had the upper hand for the last half hour forcing a flurry of free kicks and corners and Ryan Kerrigan was unfortunate not to find the onion bag when he danced around two players before rasping the crossbar on 69 minutes. Kerrigan had another opportunity to secure what would have been a deserved home win near the end following a surging run and through ball from Stephen Doherty but he fired straight at the keeper as the visitors held on for a point. James Walsh was best for Copany, with James McGroary best for Letterbarrow. Referee: Liam Farren

This local derby started off as a tight affair with neither side creating clear cut chances in the first 20 minutes. Then Kerrykeel got on top and had a number of chances through Fergus Callaghan and Fergal Friel going close but Enda McHugh pulled off two great saves. Then Cranford came into the game near the end of the first half and were unlucky not to score when Shane Buchannan went through on goal but Mark McConigley pulled off a good save.

The second half was more of an end to end game with both teams pushing for the win. Again Enda McHugh pulled off a great save to stop a Fergus Callaghan shot. Then with 20 minutes remaining Cranford were well on top and Shane twice got behind the Kerrykeel defence but was denied be Mark McConigley in the Kerrykeel goals. Then Seamie Carr went close with a shot from the edge of the box that went inches wide. With the last kick of the game Kerrykeel could have won it but when through on goal the Kerrykeel man put it wide.

Best for Cranford were Enda McHugh, Shane Buchannan and Chris Duffy. Best for Kerrykeel were Liam Blaney and Mark McConigley. 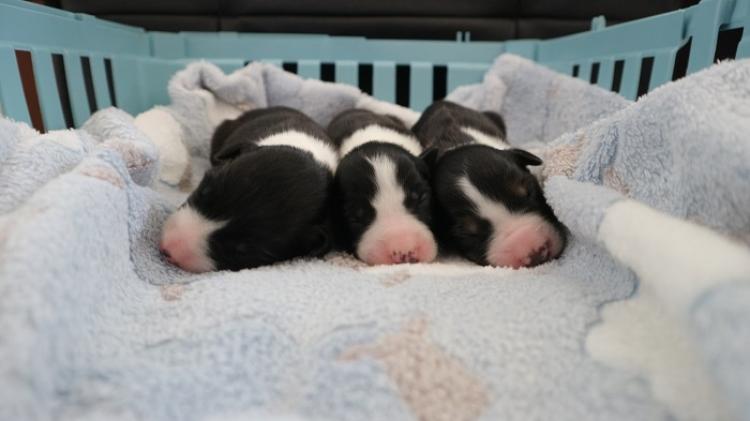