McNamee happy to be back at Finn Harps

The Ramelton man was last at Finn Park, in 2016 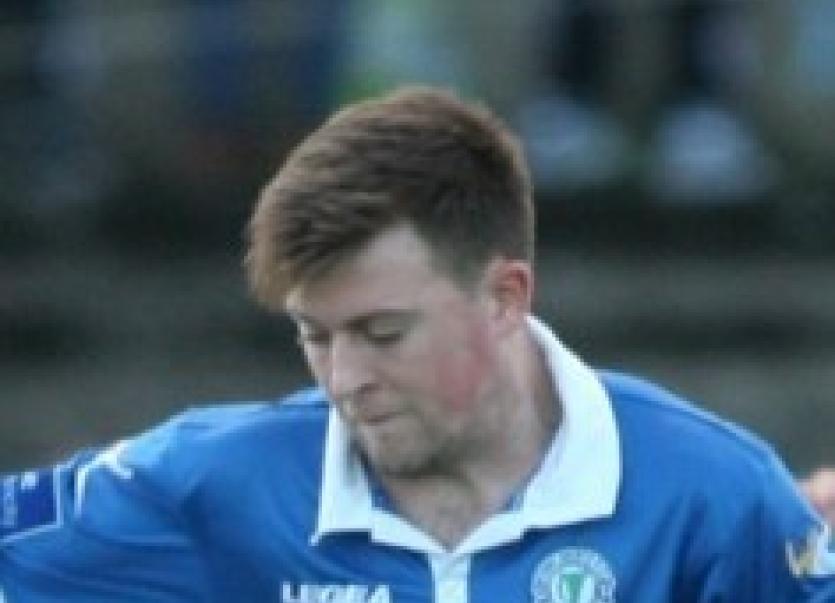 After two seasons playing in the Ulster Senior League and Gaelic football for Milford in Division One of the Donegal All-County Football League, Tony McNamee is back at Finn Park.
It was a no brainer for the 26-year-old from Ramelton, who played two seasons for Harps when last on the books at Finn Park, when he received a phone call from the Harps boss Ollie Horgan.
The attacking midfielder had played under Horgan before when Harps were last up in the Premier Division in 2016.
“Ollie phoned me back in November and asked me if I was interested in coming back to Finn Park. And being honest I didn't have to think twice about it,” said Tony.
“I was after playing for two seasons with Swilly Rovers and the chance to play senior football again at the highest level was too big an offer to turn down.
“The first thing I had to do was to work on my fitness because my fitness level would not be up to playing in the Premier Division.”
Tony has made a handful of appearances since the start of the season and he feels his fitness is slowly coming back.
“The sharpness is coming back but I would not say I'm 100% just yet and I’m not ready for 90 minutes. It will take another few weeks but I’m getting there,” added Tony, who also has spells at Derry City and Glenavon before joining Harps the first time.
“I’ve always felt I have been good enough to play in the Premier Division but I always felt I probably hadn’t the fitness required and that is something I’m determined to get right this time.”
But already from his experiences on the field and watching from the dugout he feels the standard and the fitness level in the Premier Division has gone up a level again from when he last played in the top flight.
“The standard and the fitness level have really gone up in the last few years. All you have to do is to look at the number of players that are coming back from across the water and being signed by Dundalk, St Patrick’s Athletic and Shamrock Rovers to see how the standard is rising.”
For Tony it is now a case of continuing to build up his fitness level and he hope to get the game time necessary to bring his match sharpness up to the required level. He is willing to be patient but he is also determined to make the most of the chance of playing in the top flight for the second time around.
”It’s all about getting game time. The more games you play the better you can get and the sharper you will become.”
Like his manager Tony believes Harps are going to have to show more hunger and desire tomorrow night against Shamrock Rovers, that they did last weekend against UCD.
“On Friday night the hunger was not there,” said Tony, who played the closing 28 minutes of the UCD game. He replaced Raffaele Cretaro on 72 minutes.
“But we were back in training on Monday night and we trained again tonight and the mood is good and everybody is looking forward to Friday night’s game.
“The manager will pick the 18 man squad for the game and it is a matter of putting the head down and working hard for the rest of the week and finding the hunger and the spirit Finn Harps are known for. “
Tony McNamee is one of three footballing brothers; the others Barry and Shane are both Derry City players.