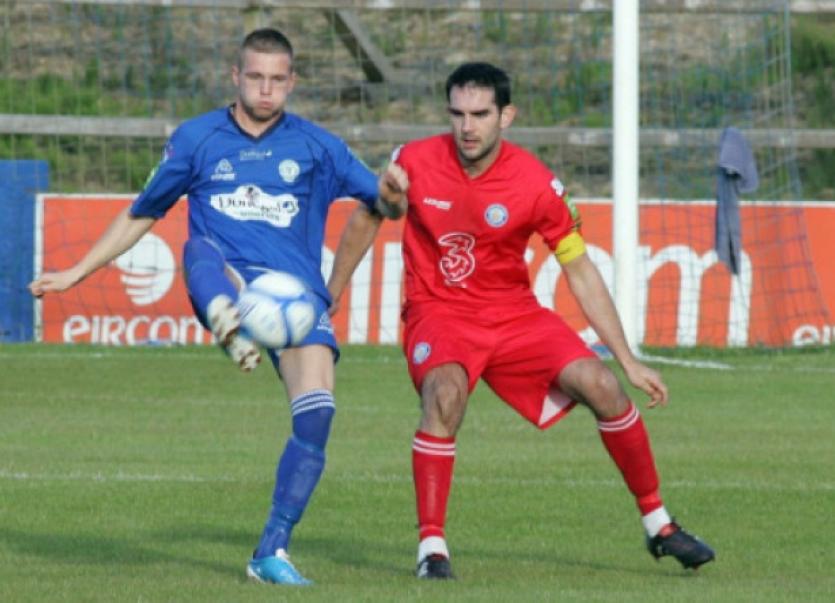 McHugh missed last weekend’s 2-1 FAI Cup second round win over Wexford Youths but will certainly be welcomed back by Harps manager Peter Hutton, who is short a few attacking options.

Harps’ top scorer Sean McCarron has scored in five successive league matches but spent the start of the week in bed suffering with ‘flu.

Johnny Bonner and Michéal Doherty have yet to train this week as they are both suffering thigh strains. Then, there’s the “Arranmore Four.”

Hutton made the decision this week to suspend four first-team players - Shaun McGowan, James Doherty, Mark Forker and Paul McVeigh - after they ignored pleas to play in the Arranmore Challenge seven-a-side competition.

“All players were warned at the start of the season that they were not permitted to play in summer cups or GAA or any other sporting activity because of the risk of them picking up an injury,” Hutton said. “I’m very disappointed.”

Athlone lost out in their FAI Cup tie rather surprisingly, 3-2 when they went down against Bluebell United at Lisseywollen on Tuesday night.

They did, though, defeat Harps in the only meeting of the two sides this season, which took place in the midlands in April. Garbhan Coughlan scored the only goal in the 1-0 Athlone win and it’s not a match Hutton remembered fondly.

“It was awful,” he said. “It was one of our worst performances since I’ve been here and there was absolutely no football whatsoever played that night.

“We want to put that right and I’m sure that Athlone want to get back out on the park after their cup loss, so, again, it’ll make for an interesting match on Sunday night.”

Last Friday’s victory over Wexford showed both sides of Harps. A rancid first half settled into a much more fruitful second with Keith Cowan and McCarron netting for the Ballybofey club.

“We were content enough afterwards as we progressed in the cup,” Hutton added.

“The first half was very poor but I felt it was much better from us after the break.

“Wexford are a physical team and one that work very hard and it’ll be the same this weekend against Athlone.”

Hutton also confirmed that Blaine Curtis this week parted company with Harps. The St Johnstone dweller has been out with a cruciate injury for almost a year. U-19 players Michael Lynch, Dean and Jordan Toland and Dylan Hegarty have also left.

Former Cork City, Limerick FC and Derry City striker Stephen O’Flynn continues to train with Harps with a view to signing, possibly in the transfer window.