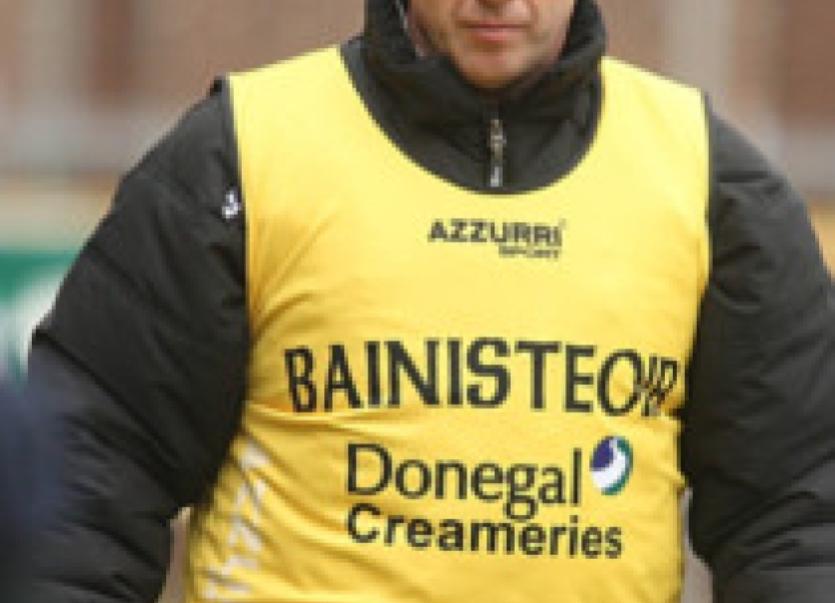 AS the hurlers from Fingal could be heard celebrating their Allianz League Division 3A title in the Breffni Park dressing-rooms on Saturday the disappointment could be heard in Ray Durack’s tone.

AS the hurlers from Fingal could be heard celebrating their Allianz League Division 3A title in the Breffni Park dressing-rooms on Saturday the disappointment could be heard in Ray Durack’s tone.

The Donegal manager couldn’t quite put his finger on why his team failed to perform near their optimum level against 14 men in their most important outing of the season but can still look forward to the Nicky Rackard next month. Donegal will face either Tyrone, Louth, Roscommon or Sligo.

And although the league campaign ended with downward trajectory, it’s worth recalling that this time last year Donegal wormed their way out of a relegation play-off by a point against Sligo - so there’s been progression, which is the one thing every team aspires to achieve.

“Unfortunately there has to be a loser but we didn’t perform today and that’s the simple fact,” Durack said afterwards. “Fingal were the better team and they wanted it more. We tried hard but made a lot of stupid mistakes and took the wrong option. That’s what we’re going to put it down to.

“On another day we might’ve taken them but I don’t know what happened. Usually we’re a second half team but we never got going today. Maybe they stopped us. We could’ve kept going for points to whittle away at their lead.”

Fingal had the wind and the rain in their sails and that helped them dominate the first half. Defensively, the team managed by Durack did well against the elements and despite Fingal shooting nine wides to Donegal’s two, their interval deficit was just two points for the north-westerners.

Fingal went in at the break leading by 0-6 to 1-1 with points from JM Sheridan, Brian McCarthy, Dean Flood and Dave Smyth after Lee Henderson had given Donegal the lead.

The Donegal goal came on 25 minutes when Ronan McDermott swung a hurl to a loose ball in the Fingal square.

With Mother Nature now fuelling Donegal’s attacks, points from Henderson and Paddy Hannigan helped level things up at 1-3 to 0-6 as the second half took shape.

McCarthy’s free, though, edged Fingal back in front and Flood’s deep running doubled that lead. However, full-forward Dave Smyth was given a straight red card on 50 minutes when he clattered Joe Boyle.

Donegal were screaming for a penalty when Hannigan was the meat in the sandwich between David Markey and Dermot Vaughan in the Fingal square but referee Gus Chapman shook his head. In the pandemonium that followed Sean McVeigh stabbed a shot from the ground wide.

There was to be a goal, though, and it was bad viewing for Donegal. The best player on the field, Flood, was once more very willing in possession, making his way down the right before crossing to Peter Daly, who steadied before blasting home on 50 minutes.

Donegal goalkeeper Paul Burns did get behind the shot but its sheer power took it into the net. All in all, there was an element of physicality from Fingal that Donegal struggled to cope with.

That meant Donegal were 1-8 to 1-3 down and looking for snookers. Substitute Ciaran Mathewson put some impetus in the Donegal attack with two points after his introduction and Donegal pressed for goal late on, with Hilary Murray-Hession in the Fingal goal saving from Paul Sheridan. Tellingly, Flood scored the final point of the match.

“We coped well in the first half,” Durack added. “But we never fired up front and that was our strong point all year. We have to great credit to the fellas, though. This time last year we were facing relegation and we’ve turned it around to reach a league final. Hopefully we can learn a few things from today by the time the championship comes around in four weeks.”

Donegal enjoyed a fruitful spring but lost to Fingal 2-11 to 1-9 in Letterkenny a fortnight ago. Dean Flood was held scoreless that particular day but he dominated at Breffni Park. The wing-forward scored three points from play and also set up Peter Daly for the Fingal goal.

Referee Gus Chapman didn’t endear himself to the Donegal followers when he failed to award a penalty when Paddy Hannigan appeared to be fouled. However, Chapman did send Dave Smyth to the line for a late challenge on Joe Boyle. The Fingal full-forward deserves a mention for giving Boyle what looked like a genuine apology before hitting the showers.

Donegal seemed to be a reasonably good position early in the second half but the goal scored by Peter Daly grappled control of the match for Fingal 20 minutes from time.