Much more than a minor matter for Donegal 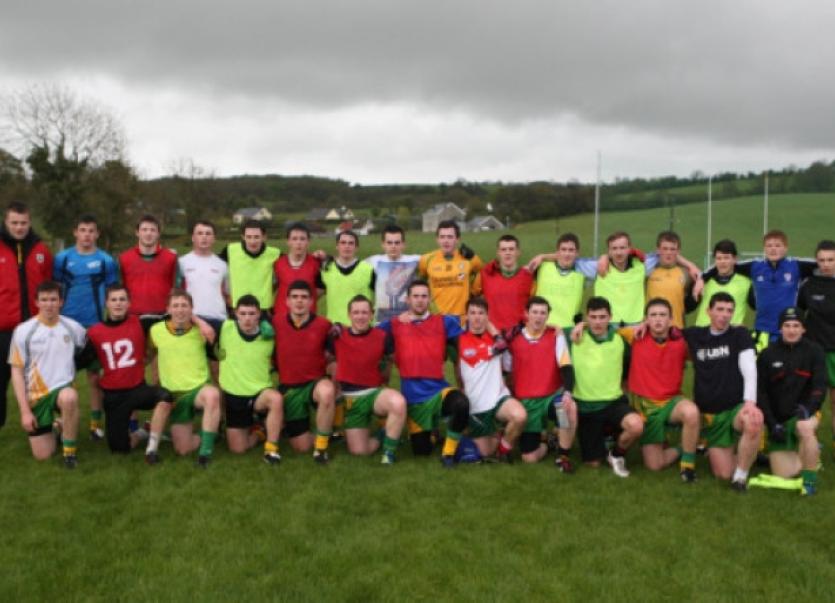 As well as the senior meeting of All-Ireland champions Donegal and Tyrone, in the first round of the Ulster Senior Championship which follows, the minor game, is also an intriguing and fascinating contest.

And has the potential of being a real cracking opener to what is a most attractive double bill in Ballybofey, on Sunday. Tyrone are the defending champions and the O’Neill County have been one of the benchmark counties when it comes to minor football in the province in the last decade.

Donegal are bidding for a first quarter-final success in a number of years after defeating Cavan last year in the preliminary round in Kingspan Breffni Park, but then losing to Derry in the quarter-final.

The teams have met once already this season. That was in the Ulster Minor Football League in Garvaghy (Tyrone’s new training grounds) with the Red Hands taking the spoils by nine points, 2-13 to 1-7. The margin of victory in the end was slightly flattering for Tyrone, who pulled away in the closing minutes with a goal and couple of points. The sides were level 1-7 each at the three quarter-mark.

Darach O’Connor, the Donegal captain, carried the main scoring threat on that occasion and scored 1-5 of his team’s total.

“As a manager, I can’t ask for any more from the players. They have given a huge commitment since the start of the year. But we also accept we are up against a strong and fancied Tyrone side on Sunday,” said Donegal boss Stephen Friel.

“They are the defending champions and they beat us well when we played them in the league and they were without the Holy Trinity players that day. But in fairness it was only our second game and we were short a few players too and we did turn things around after that and beat Derry, Antrim and Down, to qualify for the league final.

“Our performance against Down, away in Down, was very encouraging, and even though we lost the league final to Monaghan there were positives. We played well up to the final third of the field but just could not finish with scores. But there were mitigating circumstances. In that game we were forced to withdraw our two best forwards Darach O’Connor and James Brennan.

Skipper O’Connor was laid low with a bug the week before the final and had to be replaced before half-time and Brennan, who played a minor hurling championship game the previous night, shipped a few heavy knocks in the first half and did not feature in the second.  Both O’Connor and Brennan have fully recovered and are back in training and have given Friel and his backroom team a huges boost ahead of Sunday’s game.

Unfortunately, Stephen McBrearty and Oisin Carr, both members of last year’s team and certain first choice players, have lost their race to be fit in time and are not available on Sunday.

McBrearty, a brother of senior star Patrick, had a knee operation a couple of weeks ago and has been given the all clear by the doctors to return to training and playing. Carr, too, has fully recovered from the back injury that forced him to miss the minor league campaign, and has returned to training.

“Stephen and Oisin are back training again which is good, but unfortunately, they are short on fitness and have had no game time and are not available to us on Sunday, but otherwise everybody else is fit and well.

“Darach O’Connor had a virus and was out of sorts for a number of weeks but he is back training and has a couple of sessions under his belt and is flying fit again. With the exception of Stephen and Oisin, we have everybody else. And we are as near to full strength as we expected to be for a number of weeks.

“We know that we are up against a strong Tyrone outfit. But we have prepared well. All the heavy lifting is done and I’m confident that this Donegal team will give a good account of themselves and they will giving it their best shot. Hopefully, that is good enough.”

Donegal wound down their preparations on Saturday last with a challenge game against Sligo in Sligo. Sligo won what was a close and competitive game by a point. But Friel experimented quite a bit as he tried out a number of different formations before settling on his starting selection.

They trained on Tuesday evening in Ballybofey and will train again in MacCumhaill Park, this evening (Thursday).

The Donegal manager confirmed last night that he had the starting fifteen more or less finalised but he will not be revealing his final selection until Sunday morning.

But if no injuries are picked up between now and Sunday, the starting team is not expected to differ greatly from that which began last month’s league final against Monaghan.