Given hasn’t given up on club or on country 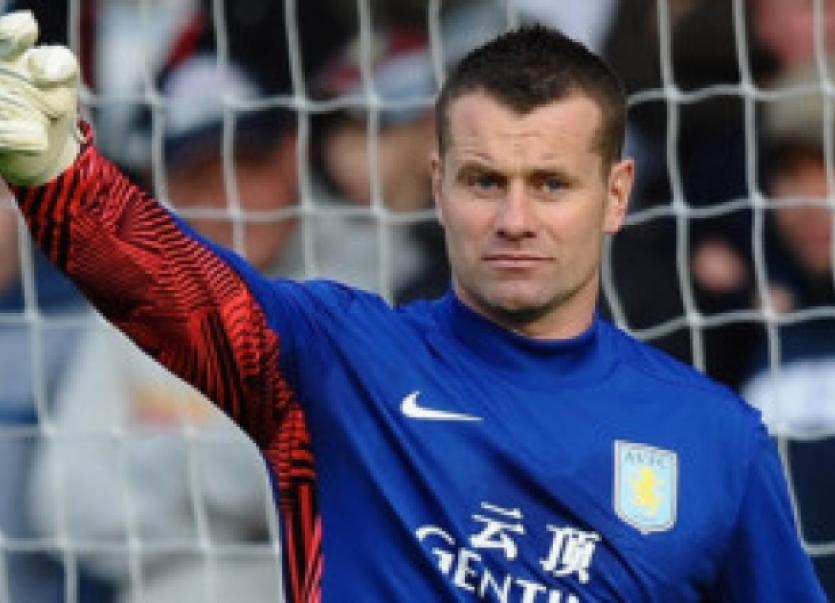 Shay Given hasn’t given up on adding to his 125 international caps for the Republic of Ireland.

Shay Given hasn’t given up on adding to his 125 international caps for the Republic of Ireland.

The Lifford native is currently third choice at Aston Villa behind Brad Guzan and Jed Steer but is eager to return to club football.

Given then would be willing to talk to the new Irish management team of Martin O’Neill and his assistant Roy Keane.

“For me at the moment, I’m not even playing club football so to be thinking about international football is a million miles away,” Given said.

“I’m desperate to be playing any kind of football at the minute. I’d love to get back playing club football.

“If Martin or Roy wanted me in the future, I would have a conversation and see where that took me.

“But at the minute, I’m in no position to even say that I would like to play. David Forde is the one in command at the minute and he’s playing ever so well.”

One club said to be still interested in the services of the former Newcastle United and Manchester City goalkeeper is Liverpool.

Manager Brendan Rodgers was within touching distance of bringing the 37-year-old netminder to Anfield as cover for Simon Mingolet in August.

“He’s a great keeper, but we had to make a decision we thought was right,” Lambert said.

“I spoke to Shay and said that if something does happen we’ll look at it. He wants to play, no two ways about it. And he needs to play.

“But he is a positive influence around the place, that’s one thing you can never say about Shay, that’s he’s not a good pro.”