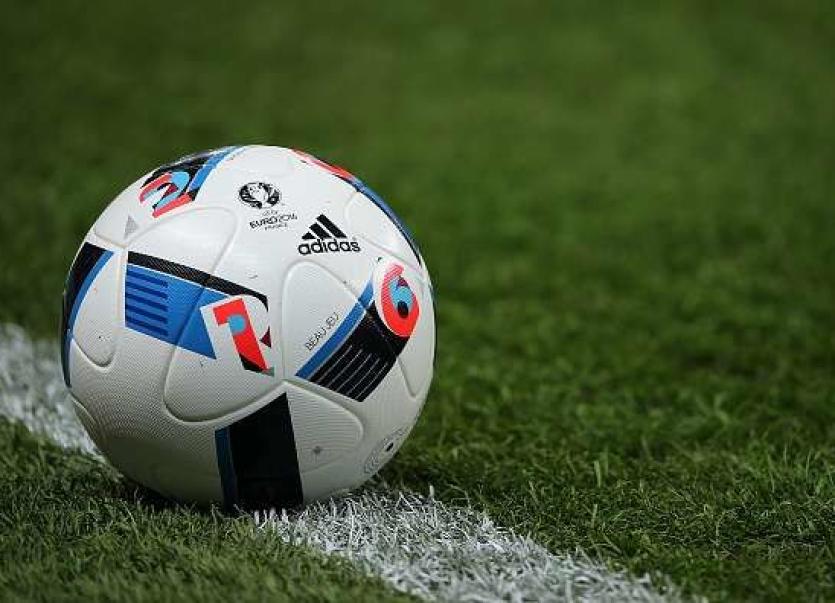 Cappry Rovers are top of the Brian McCormick Premier Division after travelling to Moyle View Park and getting the better of Milford United, while Bonagee continue their upward progress with a big win over Drumkeen.
In Division One Kerrykeel slipped again as Glenea United and Ballybofey United go joint top after good wins. In Division Two there were big wins for Lagan and Swilly Rovers, with Swilly remaining top of the table.
In the FAI Junior Cup, Kildrum Tigers advanced to the last 32 after a good home win over Blackrock College AFC.

Brian McCormick Premier Division
Milford United 2
Cappry Rovers 3
Cappry Rovers came from a goal down at half-time to collect all three points in a tough battle at Moyle View Park. Milford took the lead on the half hour when Ryan Campbell rose highest in the box to head home a Darren McLaughlin cross.
Cappry got the perfect start to the second half when Sean McBride scored from close range. McBride again on the hour mark drove home from 8 yards with a little help of a deflection off Jonah Serrinha.
As Milford pushed for the equaliser Cappry broke on 75 minutes and David Gethins scored following a great through ball and calm slotted the ball home. Milford got one back in 85 minutes when Lee Burke cross found Mark Flood who slotted home but Cappry Rovers held on to collect full points.

Keadue Rovers 2
Donegal Town FC 1
Keadue Rovers continued their recent impressive run with this all important victory over Donegal Town.
Keadue took the lead on 22 minutes when an Adam Neely free kick found it’s way on to the head of captain Chris Greene who guided it to the corner for the opening goal
The visitors upped the tempo and were rewarded for their decent spell when Matthew McKenna guided home a fine header after some good work on the left wing.
Keadue took the lead on 69 minutes, when following good work down the left flank, Luke Neely’s shot was saved but Shaun Yank Boyle was on hand to bang home the rebound.
Best for Donegal Town were Matthew McKenna, Ben Sweeney and Joe McIntyre while best for Keadue were Shaun Yank Boyle, Chris Greene, Luke Neely and Barry Curran.

Drumkeen United 2
Bonagee United 4
There were plenty of goals in the December sun at Drumkeen and Lee McMonagle had the visitors ahead almost directly from the kick-off.
Although playing well Drumkeen fell further behind when Jason Ashmore scored and it was 0-3 when Aidan McLaughlin headed home a corner. Lee Guthrie pulled a goal back when he headed home from an Odhran Grant cross to leave it 1-3 at the break.
Gavin Sweeney cut the lead further early in the second half and Guthrie almost equalised but any chance of a comeback was killed off when Aidan McLaughlin headed home a fourth with ten minutes left.

Division One
Lifford 1
Convoy 2
Lifford where undone by two Joe McGill goals in either half in this local derby. The second McGill goal on 75 minutes had them two ahead.
Lifford responded shortly after when McBrearty found the net from a 20 yard free kick. Lifford pushed hard for the remainder but Convoy held firm.

Kerrykeel 71 0
Glenea 4
Glenea left Rabs Park with all three points with the scoreline very harsh on the home side. Glenea took the lead against the run of play and in the second half Kerrykeel were caught on the break on 65 minutes when Michael Barry met a great Harley ball and he Cooley slotted home from 15 yards. With the home side pushing they were leaving gaps at the back and Glenea got two in the final 5 minutes from McCarry and Coyle to seal the three points and move top of the league, a point above Kerrykeel.

Gweedore Celtic 1
Ballybofey United 2
Ballybofey United secured all three points and so maintain their promotion push with a hard earned victory against the home team.The visitors struck early when Shaun McGowan scored in the 10th minute following a mix up in the home defence. Parity was restored midway through the half when Micheal Cutliffe finished after Thomas Diver's through ball.
The crucial score came in the 70th minute when Lafferty beat the Celtic defence to finish well.Gweedore's best effort saw John Paul Gallagher's header, from Roarty's free, go the wrong side of the post.
Best for Gweedore were John Paul Gallagher and Ciaran Mc Hugh while Lafferty was best for Ballybofey.

Letterbarrow 2
Drumoghill 1
A great day for football in Tymeen. Both sides struggling of late but Letterbarrow started strongest and missed a number of chances to give them the lead before half time. They soon took the lead in the second half however after a great cross from Mark McHugh found Gerard McBrearty lurking in the box who finished well. They added a second when Gerard McBrearty was there again from an inswinging corner.
Letterbarrow were now down to 10 men and Drumoghill pushed and found their break through when Liam O'Donnell slotted home a well worked goal. Letterbarrow held tight though and gained all three points putting them in a place to push on in the New Year.

Division Two
Dunkineely 0
Lagan 4
There was a big win for Lagan in Dunkineely who were three up at the break through Jack Cannon, Ronan Carolan and Darren Nelis.
The second half started badly for Dunkineely when three minutes in Christopher Boyle took a heavy contact in a tackle and fell to the ground in pain; the game was stopped for 25 minutes while he was attended to by paramedics and taken to hospital. The game restarted and on 72 minutes Lagan got their fourth when Jack Cannon scored his second with an easy tap in.

Raphoe 0
Curragh 0
There wasn’t many chances created in a very tight game Raphoe did have a great chance of winning the game in the 32nd minute when Christy Bogle saw his penalty brilliantly saved by the Curragh’s 'keeper.

Gweedore United 0
Whitestrand United 0
A tight affair at Carrickboyle saw hosts Gaoth Dobhair United lock horns with Whitestrand United.
Whitestrand had the ball in the net after Aaron Curran created an opening with Ronan Morris heading home with an excellent close-range effort only for the goal to be disallowed offside.
Early second half Whitestrand had a second goal struck off, Paul Curran’s excellent lob also disallowed by referee Colm Mc Conigley, offside the decision. Gavin McBride’s dead ball delivery was an outstanding feature second half as was strong running from Ronan O'Donnell and Frances Gallagher, Sean Kerr and Ronan Morris threatened for the visitors.

FAI Junior Cup
Kildrum Tigers 2
Blackrock College 0
It didn’t take long before the game got its opening goal, after just 90 seconds Kevin McHugh played Matt Crossan through on goal who rounded the keeper and gave Kildrum an early lead.
The killer blow was felt with 20 mins remaining as Kevin McHugh free kick found the bottom corner, Kildrum held strong and will progress to the last 32.