USL ROUND UP: Rhys the Rovers hero with spectacular winner 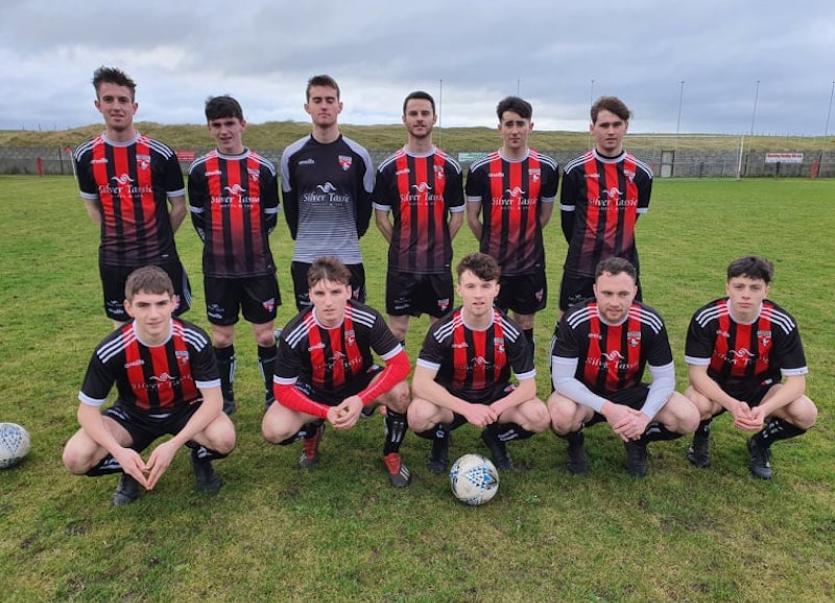 Fanad United and Letterkenny Rovers played out an entertaining Ulster Senior League game on Sunday with Rovers coming away with a narrow 1-0 victory.

Letterkenny had the ball in the net as early as the second minute. However, Davitt Walsh was ruled offside.

Two minutes later Oisin Langan hit a free kick into the Rovers box, and when it broke to Edward O'Reilly he forced Rovers keeper Rory Kelly into a decent save.

In the 10th minute Davitt Walsh broke through but he was denied by Oisin Cannon in the Fanad nets. Fanad broke up the other end and Matthew McLaughlin saw his cross/shot deflected wide by the onrushing Martin McElhinney.

Letterkenny got the only goal of the game in the 27th minute and it was a somewhat spectacular goal as right back Rhys McDermott fired home a superb half volley from 25 yards out.

Five minutes before the break Conor Gormley saw his shot well saved by Oisin Cannon. With time running out in the half Fanad were left incensed as they were denied what looked like a clear penalty when Dean McCarry was clattered by Rory Kelly in the box after winning the ball.

Straight from the kick off in the 2nd half Fanad launched an attack and Dean McCarry was unlucky to see his shot drift wide.

Ten minutes later, left back Paul Bradley went on a run into the box and his dangerous cross was well dealt with by the Letterkenny defence. 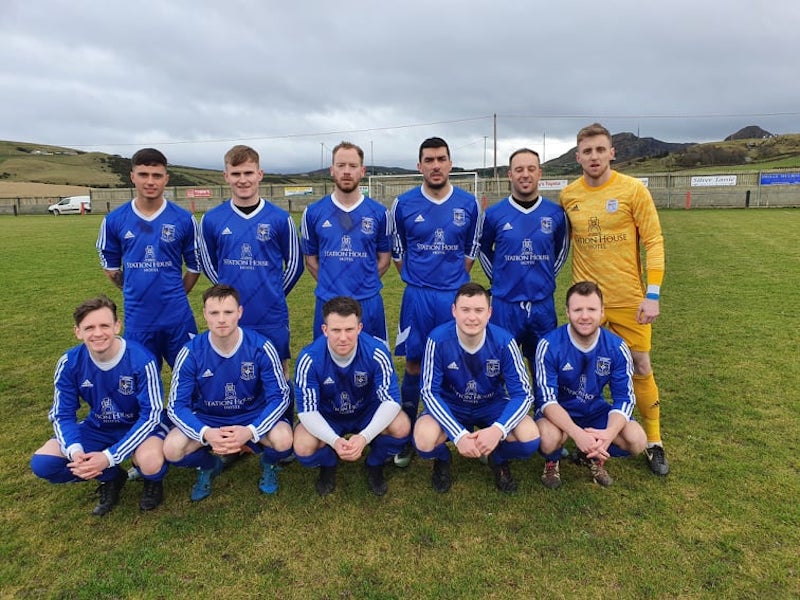 On the hour mark Rory Kelly did very well to palm away a very dangerous Dylan Dorrian cross.

Three minutes later former Fanad striker Davitt Walsh was unlucky to see his shot go wide after a free into the box.

Cockhill cemented their place at the top of the USL with a hard fought victory in a match which was an excellent advert for the league.

The match started at a frantic pace with both teams looking to attack.

Harps had the first chance on four minutes when a Corey McBride corner was volleyed over by Darragh Ellison.

On nine minutes a Ronan Doherty free kick from the left found Garbhan Friel at the back post but his header from an acute angle was straight at Adrian McLaughlin who parried away.

Cockhill were first to the clearance and a James Bradley snapshot from the edge of the box hit the inside of the Harps post before being cleared.

Harps should have broken the deadlock on 13 when Gabby Aoukala beat the offside trap and rounded Eoghan Jordan but his goalbound effort was brilliantly blocked by Oisin McColgan.

They had another chance on 25 when Luke Rudden found space in the Cockhill box but his low shot was well blocked by Jordan.

The home side took the lead three minutes against the run of play when a Harps corner was cleared to Mark Moran in the centre circle. He released Laurence Toland who was fouled by McLaughlin resulting in a penalty which was expertly converted by Cathal Farren.

Harps responded almost instantly. A throw in on the left resulted in a cross finding Corey McBride on the right side of the Cockhill box. McBride fired a brilliant shot to the top corner to level matters.

Cockhill regained the lead on 39 minutes. Ronan Doherty gained possession in midfield and found Farren who played a great ball to Friel on the left. Friel squared up the defender before firing low past McLaughlin.

The second half was scrappy early on with neither side able to force a chance of note.

Cockhill almost had a third goal on the hour when a Lee McColgan corner found Friel but his header was parried and Toland's follow-up was cleared.

Harps were level for the second time on 66 minutes. They had possession in the right corner when the ball found McBride. His cross-shot landing in the far corner of the net.

Cockhill went ahead for the third time on 72. An attack was cleared to the right hand side where James Bradley dug out a fantastic cross which left Friel with a simple headed finish and he made no mistake.

Cockhill were on top now but Harps were dangerous on the counter so relief greeted Cockhill's fourth goal on 88 mins. Jason Breslin stepped into midfield to intercept a Harps attack. He found Stephen Duffy who swivelled and fired low past McLaughlin from the edge if the box.