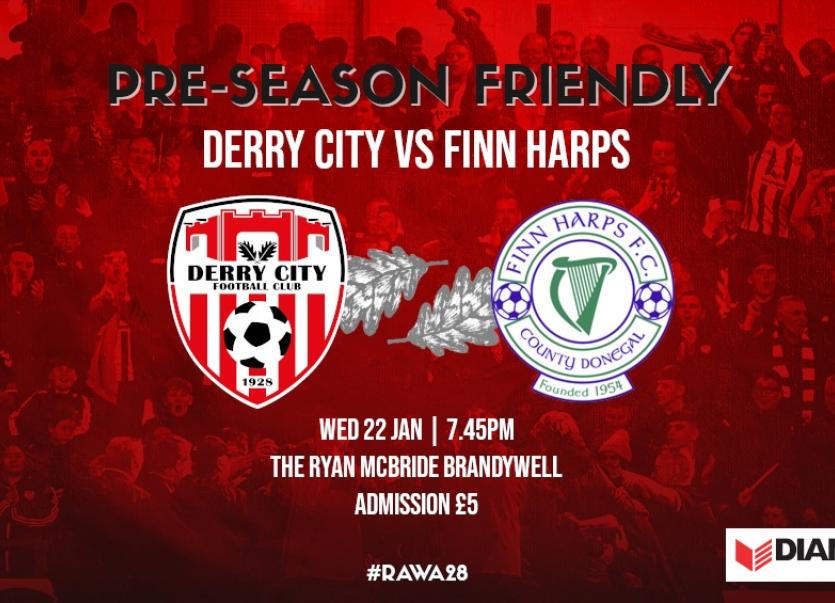 Finn Harps make the short trip to the Ryan McBride Brandywell Stadium this evening to take on great north-west rivals Derry City in a pre-season friendly.

Harps go into the game on the back of a 2-0 defeat against Galway United last night while City chalked up a 1-0 win over Drogheda United in their pre-season opener.

Both managers, Ollie Horgan and Declan Devine, are likely to use a large number of players during the 90 minutes. Admission is £5 and the game has a 7.45 pm start.

Harps have also lined up friendlies against UCD on Friday at the UCD Bowl with a 7.45 pm start while on Saturday, February 1, they will take on Longford Town away.