Letterkenny side progress to last 16 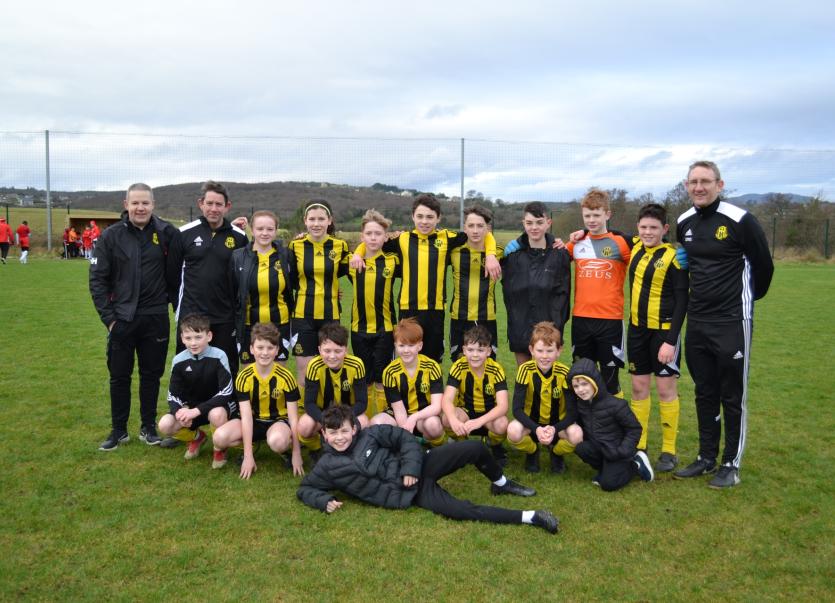 A plum glamour tie in Dublin against the winners of St Kevin's Boys and Castlerea Celtic was the prize at stake when Illistrin 2007s clashed with Munster hotshots Mallow Town FC in the SFAI Sketchers Cup on Saturday in Letterkenny.

The boys and girls in yellow and black came out on top of an enthralling tie.

Two quality free kicks either side of half-time proved the difference between the sides. Mallow boasted the superior physical presence between the two, but each illistrin player stood up and was counted as the game progressed.

Luke McGuinness and Fintan Hasson battled ably in the middle of the park and protected their defence superbly with Kieran McFeely, Adam Gill, Darcy Kelly and Shane Tinney working well as a back four.

Paddy Ward in goals had a solid game, with a few goal saving interventions especially in the second half. Odhran Kelly, Ronan ODonnell and Evan Daly got in and about their Cork opponents and the powerful Friel was an outball throughout the whole game.

The victory owed much to the excellent shape of the Letterkenny side with Johnny Boyle and the young Patrick McGettigan slotting in from the bench superbly. The Cork outfit struggled to break the boys and girls down.

In truth, this was a superb victory and all involved can be delighted with their day's work. Well done all!

Illistrin now advance to play St. Kevin's Boys in the last 16 on the weekend of February 15/16.