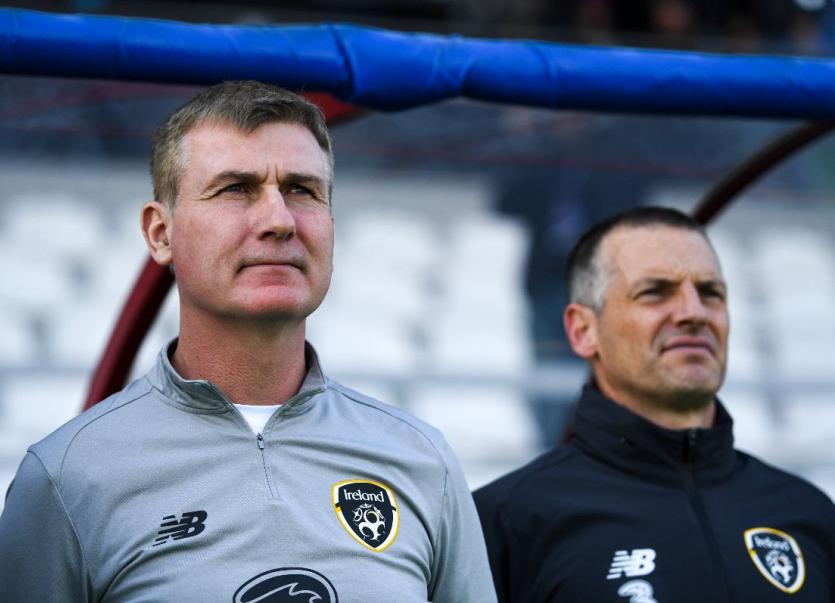 Fresh from yesterday's announcement that Stephen Kenny has replaced Mick McCarthy as Ireland team manager, the FAI have announced the make-up of Kenny's managerial backroom team.

In a statement, the FAI say they are delighted to announce the appointment of coaches Keith Andrews, Damien Duff and Alan Kelly to Stephen Kenny’s backroom team with the Senior Men’s international team.

Jim Crawford has been promoted to manager of the Ireland Under-21 side and will be assisted by John O’Shea.

Keith Andrews joins new manager Stephen Kenny in making the move from the Under-21 set-up while Duff has earned his coaching stripes with Shamrock Rovers and Glasgow Celtic and will take up his appointment on August 1.

Alan Kelly continues as goalkeeping coach, having worked previously in the role with Stephen Staunton, Giovanni Trapattoni and Mick McCarthy.

Jim Crawford has worked as Stephen Kenny’s assistant manager to the Ireland Under-21 side in their European Championship campaign and will be joined in his new position by Waterford native John O’Shea, currently on the coaching staff at Reading.

“The calibre of Stephen Kenny’s backroom team is top class and these are great additions to our senior team coaching staff,” said FAI Interim CEO Gary Owens as he confirmed the appointments to FAI.ie.

“Keith and Damien served Ireland so well as players and their experience will be such an addition to our senior squad’s support team.

“Keith and Stephen have worked brilliantly together with the Under-21 squad and Damien, currently finishing his UEFA Pro Licence with the FAI’s Coach Education department, has impressed everyone with his coaching skills and his switch from world class player to coach.

“Alan knows international football inside and was part of the squad at two World Cup finals. He is highly regarded as a coach with Premier League side Everton and has huge experience with Ireland.

"Together, Keith, Damien and Alan have so much to offer Stephen and his players as we look forward to the UEFA EURO 2020 Play-Offs, the Nations League and the World Cup qualifiers.”

Jim Crawford and John O’Shea will now look to build on Ireland’s positive start under Stephen Kenny in their bid to make the UEFA Under-21 European Championship finals for the first time.

“Everyone at the FAI is delighted with Jim’s promotion to manager from assistant and he has a great number two now in John O’Shea as he takes the next step on his coaching career”, added Owens.

“On behalf of President Gerry McAnaney, the Board of the FAI and myself, I wish Stephen, Jim and their coaching teams the very best of luck in their new roles. We know they will do Irish football proud.”