New soccer series: Why I support...Arsenal 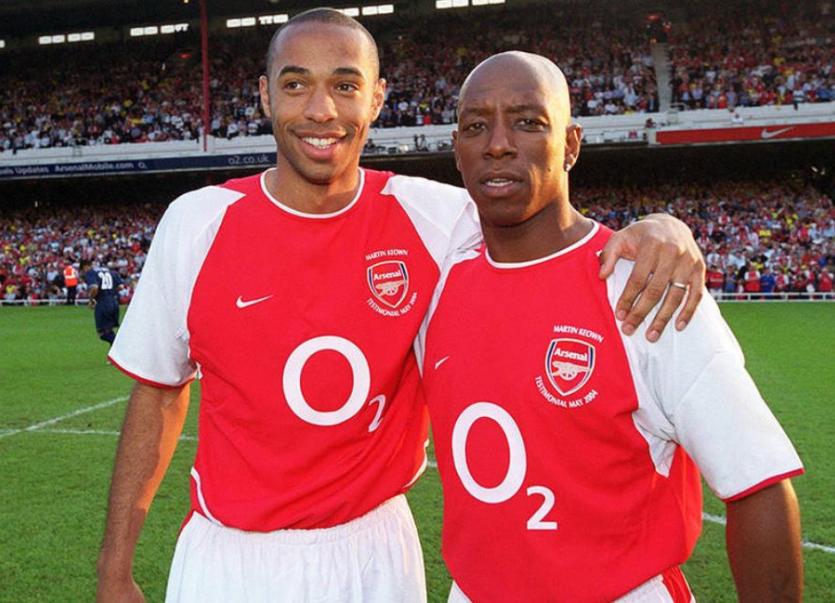 In the start of a new series we ask people why they support a particular cross-channel team, and find out some of the highs and lows that they have endured as a fan. We begin today with Donegal journalist, Chris Ashmore. 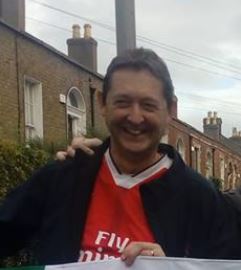 Why do you support Arsenal?
My earliest memory of a soccer match was watching the 1971 FA Cup Final. To be honest, I don’t really remember any of the game, but Charlie George (below) got the winning goal as Arsenal beat Liverpool 2-1. His iconic celebration made an impression on me and that is the moment that probably started me as an Arsenal fan.
That said, had Liverpool won that game I may well have been a Liverpool fan. I remember that my dad was a big admirer of Liverpool winger Steve Heighway, who played that day. The fact that there was a strong Irish contingent at Highbury in the 1970s reinforced my support. 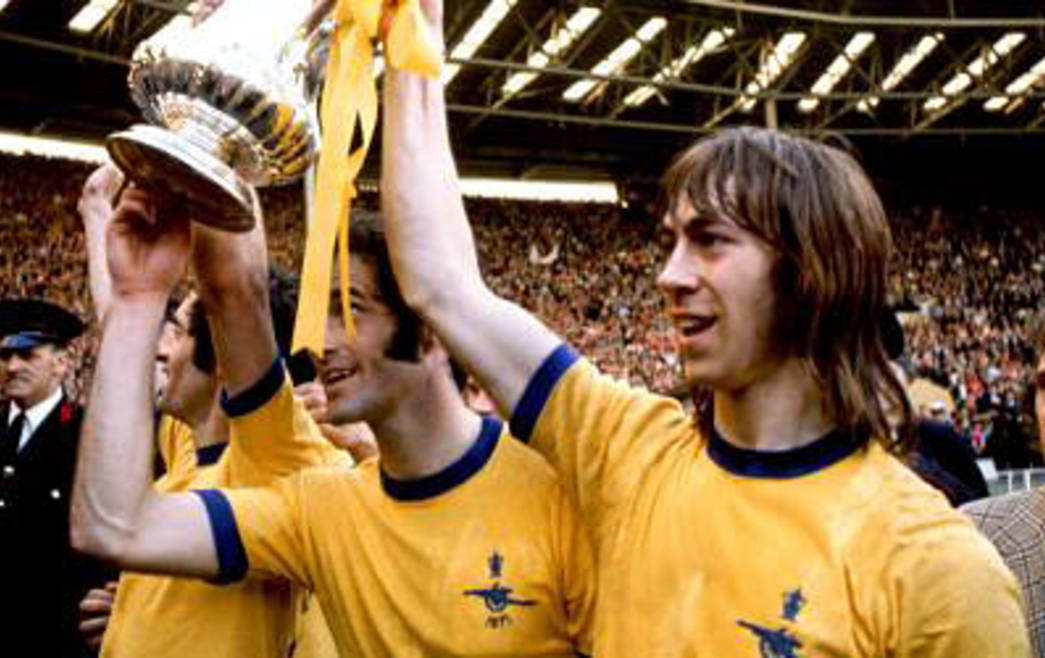 Tell us about some of your childhood memories supporting Arsenal
As a schoolboy, you looked forward to Match of the Day and on Sundays on ITV (I think it was called LWT , London Weekend Television) there was the Big Match with Brian Moore. As far as I recall, it concentrated on London clubs so Arsenal featured quite a lot.
In an era without social media, you depended so much on reading reports in the newspapers and I remember on Sundays lying on the floor, studying the league tables of the various divisions. I can vividly remember looking at the now defunct Sunday Press.

What football gear or memorabilia did you have?
Nobody really had replica jerseys when I was growing up. But my mother sewed on an Arsenal badge to the blue jersey that I wore playing for the school soccer team.
I also had an enamel badge that said “We all agree Arsenal are magic”.

Select three major highlights as a fan
There have been many, including the Invincibles success under Arsene Wenger as Arsenal won the Premier League in 2003/2004 without losing a single game. It was a feat that may never be equalled, and they were a joy to watch.
But probably the three stand out moments were as follows.

1. The conclusion of the 1989 season when in stoppage time Michael Thomas burst through to score as Arsenal - who had to win 2-0 to win the title - did just that in the most dramatic of circumstances at Anfield.
The scene in film Fever Pitch about the moments before and after the goal is something an Arsenal fan will never get tired of watching.
There is a clip from ITV coverage on the night showing Liverpool midfielder Steve McMahon signalling to the rest of his team that there was “just one more minute”.
But what a minute it turned out to be and Brian Moore’s commentary is etched in my memory forever as Thomas burst forward “charging through the midfield, Thomas… it’s up for grabs now!”
Just an incredible moment.
I actually got to meet Michael Thomas some years later when he togged out for a Liverpool Legends side (he joined the Anfield club after Arsenal) against a Finn Harps Legends side at Finn Park.

2. The 1979 FA Cup Final saw Arsenal beat Manchester United 3-2 with Alan Sunderland getting the winner. Arsenal were 2-0 up with 86 minutes gone before United scored two quick goals.
However, Arsenal then swept up the other end as Liam Brady found Graham Rix to cross from the left and Sunderland was at the far post to connect and win the cup for Arsenal under Terry Neill. By this time I was in secondary school and a passionate fan. It meant so much.

3. Marc Overmars’ goal in the 1-0 win over Manchester United at Old Trafford in 1998. While Arsenal didn’t actually win anything on that day, it was a hugely significant goal. Arsenal had not even scored at Old Trafford since the Premier League era began. This goal paved the way for them to win the title.
At the final whistle, there were huge celebrations. Incidentally, it also brought some fame to one Arsenal fan called Barry Ferst. He was seen on television shouting “Yes” - it was an image that captured the moment for so many fans. It was as if he was exploding with a mixture of pent up frustration being released with sheer joy. The sort of thing passionate fans can identify with.

Select three major disappointments
Again, there have been many to choose from. On the plus side, Arsenal have the distinction of being the only side never to have been relegated from the top flight in England. In terms of major disappointments, they tend to come in the form of cup final defeats, or losing key derby games or matches against big rivals.
1. The 1978 FA Cup Final. Arsenal played Ipswich and lost 1-0. I was pretty young at the time and I remember going out to the garden, almost in tears after the defeat. My mum gave me the Arsenal badge I mentioned earlier. It took some of the sting out of it.
2. The 1980 Cup Winners Cup Final. Having lost to West Ham in the FA Cup Final just a few days earlier, it was very hard to take losing a second final in the one week as Arsenal were beaten 5-4 on penalties by Valencia following a scoreless draw at the Heysel Stadium.
3. The FA Cup semi-final replay between Manchester United and Arsenal in 1999.
Goals from David Beckham and Dennis Bergkamp - who also saw a late penalty saved - had the tie poised at 1-1. United were down to ten men. But with 11 minutes remaining in extra time, Ryan Giggs swept up the field and somehow got past four Arsenal players before firing past David Seaman to get the match-winner. I was gutted. Indeed, I had watched the game in a pub and walked home alone (mostly uphill) to get the disappointment out of my system.

First time you saw Arsenal live
My dad brought me over to London (boat and train via Holyhead as was common in those days) when I was nine. They beat Sheffield United 1-0. I remember getting a rosette with a photo of Bob Wilson on it.
Brian Kidd got the only goal. Tony Currie was with Sheffield United, but I really don’t remember much, although we did have to rush to Euston Station to get the late train back to Holyhead!

Players who never got the recognition they deserved
Lauren, Gilberto Silva (below), Alex Song, Steve Bould, and Brian Talbot. 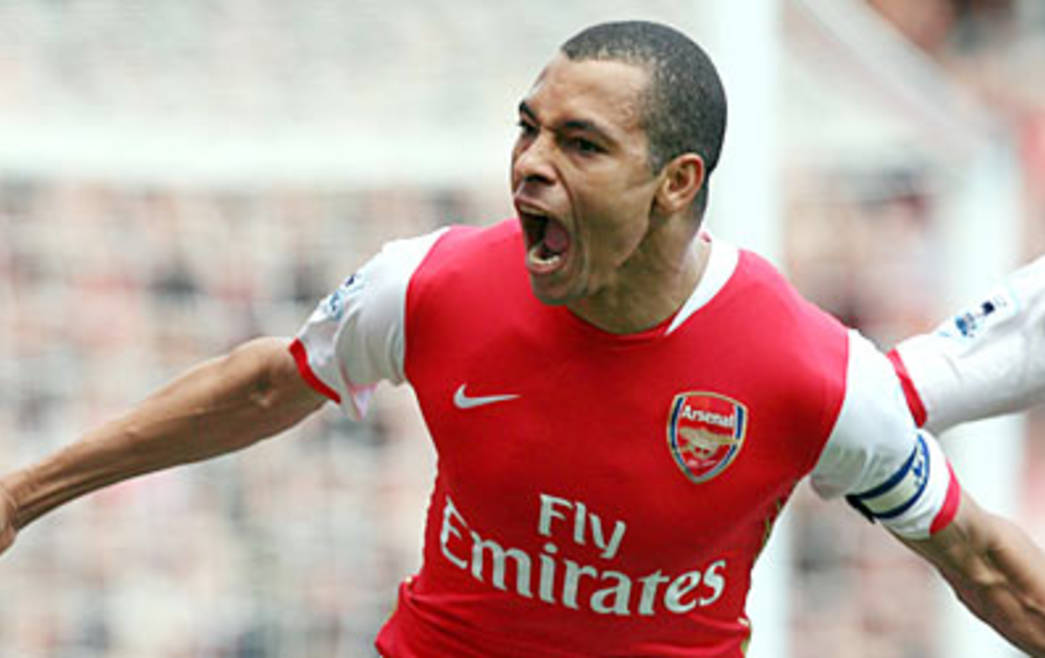 Find out next week who are supporter is as they tell as why they support Leeds United.