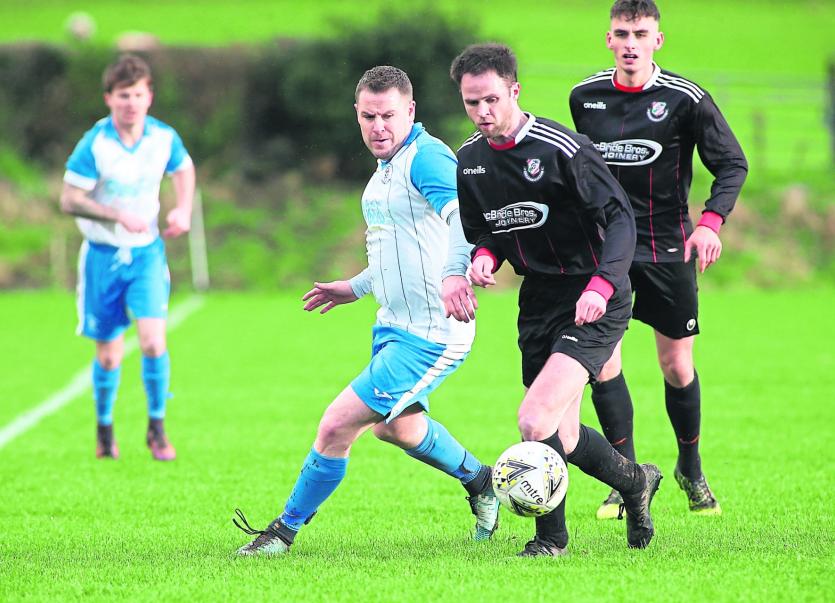 Donegal League clubs are preparing for a return to competitive action with fixtures confirmed for the weekend of July 18 and 19.
The league executive met last Monday night and agreed to recommence the 2019/20 season which came to a stop back in March ahead of the Covid-19 lockdown.
With the easing of restrictions in recent weeks, league officials are able to organise fixtures again.
They plan to complete all league and cup competitions by September 14 and all going well, they say they hope to commence the 2020/21 season on the weekend of September 19 and 20.
A club delegate meeting has been arranged for this coming Thursday evening, July 2, in the Radisson Hotel in Letterkenny.
The meeting will commence at 8pm and in keeping with current guidelines, the meeting must be finished by 9.15pm.
The meeting is strictly confined to one delegate per club. Full safety measures and social distancing will be in place.

The following are the fixtures for the opening round of games

Ulster Senior League
The Ulster Senior League's season will also get underway on the weeke nd of July 18/19.
USL officials met last Wednesday night and confirming their decision to resume their season, they said it was based on the knowledge that they have in relation to the continuation of the League of Ireland underage programme.
If the LOI underage season does not resume, it is the USL's plans to render the current season null and void and then begin the 2020/21 season in mid-August.
The Ulster Senior League have issued a provisional list of fixtures for the remainder of the season.
The first series of games on Sunday, July 19 are as follows:
Cockhill Celtic v Letterkenny Rovers
Derry City Res v Fanad United
Finn Harps Res v Bonagee United.