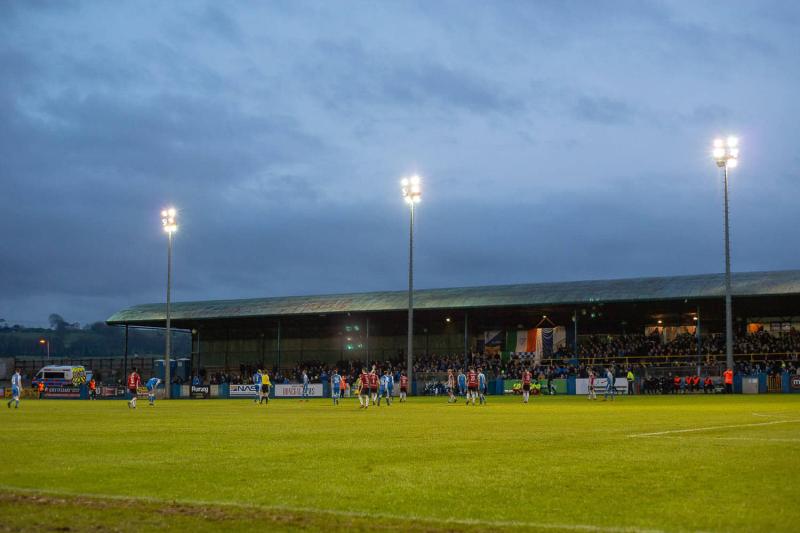 While football stopped for the lockdown, behind the scenes at Finn Park it has been a case of the Ollie Horgan mantra of "Work, work, work" with club directors and volunteers busy planning for a restart in constantly changing circumstances, building 500 club membership and working to support our sponsors as they reopen and engaging with fans via social media, while the media team ran a very popular kids art competition.

Works to the Finn Park pitch have been ongoing while the club’s stadium committee has been continuing to work hard on the new stadium project, and club representatives have been in weekly engagement with the FAI on a range of subcommittees and working groups.

The club’s major fundraising GoFundMe campaign today hit a total of €24,000 and is now 80% of the way to its target of funds to implement measures to ensure LOI football can return to Finn Park in just over four weeks.

However, with fixtures for the reconvened season imminent, the clubs fundraising team say that a final push from all associated with the club is vital to the fundraisers success. Supporters who have already donated are asked to share the details to their contacts and on social media, while the club want to thank those supporters who have organised events to raise donations.

Thanking all donors to the GoFundMe campaign to date, Director Ivan Harvey also issued a rallying call to supporters as the restart of the 2020 season approaches.

“We’re delighted with the response so far, we had another €500 donation from an anonymous donor last night which is unbelievable, but let’s keep it going now and hit our target.”

Harps will be back in action at the end of July.