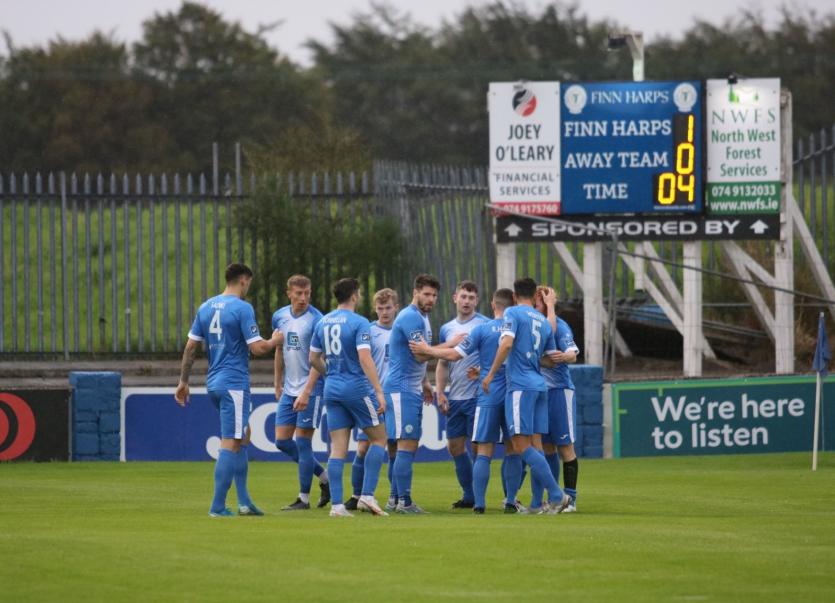 Finn Harps will be hoping to follow on from Monday's FAI Cup first round victory by getting a result against Bohemians at Finn Park this afternoon. Kick-off is 2.00 pm.

But it will take a huge effort from Ollie Horgan's charges to get anything from the visitors who come into the game unbeaten since the restart, including an impressive win over champions Dundalk last weekend.

Confidence will be high in the Gypsies camp as they look to keep the pressure on rivals Shamrock Rovers in first place.

Harps will be buoyed by Monday night’s victory over St. Pats in the FAI Cup first round. The club are without a point since the restart, but will be hoping to carry momentum from Monday into this tie.

Karl O’Sullivan told FinnHarps.ie: “Confidence is definitely high after Monday. Obviously we want to get points on the board in the league but a win is always a big lift no matter where it comes from."

"It was good to get the win over Pats having lost to them on the Friday before and we’ll take a lot from that. There’s been a buzz about training in the past couple of days so hopefully we can take that into the Bohs game and get a good result."

In the four meetings between the sides last season Bohemians came out on top in three games, the most memorable being an eight goal thriller at Dalymount Park won 5-3 by the home side. Harps’ sole victory came in a 1-0 win courtesy of a superb strike from Aussie midfielder and playoff hero Harry Ascroft.

The game is sponsored by the Donegal Celtic Supporters Association. Match Ball sponsorship kindly donated by Tony O’Mahoney to raise awareness for Samaritans Ireland; “We understand the power of human connection and how talking can help when you’re finding life tough. Call us free on 116 123"

Fans can watch the game live on watchloi.ie

Get your matchday programme (printed or digital) HERE