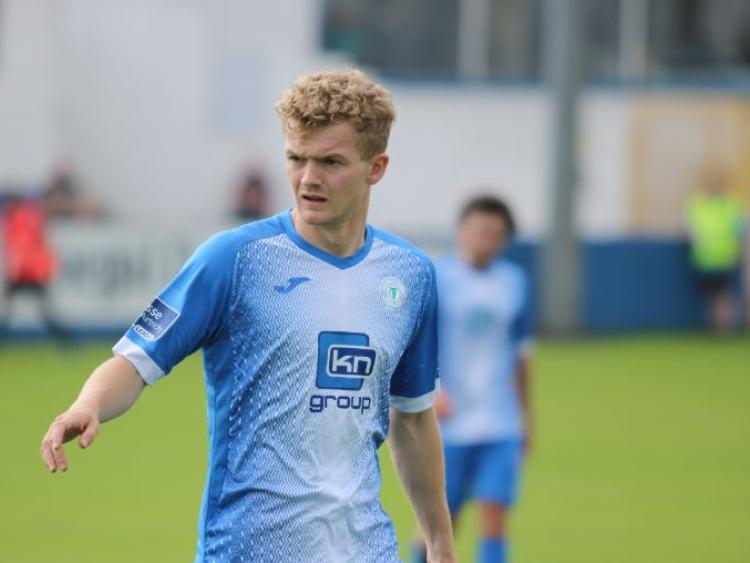 Adrian Delap came off the bench to hit a 90th minute winner to earn Finn Harps a crucial victory at the RSC on Sunday afternoon.

In an amazing finish there were four goals in the final eight minutes as Harps twice came from behind to win.

Former Dundee United midfielder Ali Coote had fired Waterford in front on 14 minutes, his strike taking a deflection on its way past Mark Anthony McGinley.

It was a poor goal to concede but Harps dug in and played well for periods of a closely fought first half.

With the advantage of a swirling wind at their backs in the second half, Harps got on top. The introduction of new signing Adam Foley ten minutes in gave them new options coming forward and they caused the home side plenty of problems, particularly at set pieces.

It was from one such set-piece that they drew level on 82.  A corner kick from Barry McNamee was met by the head of Dave Webster and suddenly it was game on.

But within a minute, Harps conceded again, John Martin scoring for the home side with a wonderful long-range strike.

Alexander Kogler, who was brought on in attack, struck for the equaliser on 87, heading in a cross from Adrian Delap.

Then in a dramatic finish, Delap popped up with the winner as the game entered injury time, scoring from close in after Kogler's strike was saved.

The win was only Harps' second in the league this season and their first since the opening night of the campaign. It lifts Harps off the bottom of the table and they move ahead of Cork City on goal difference.