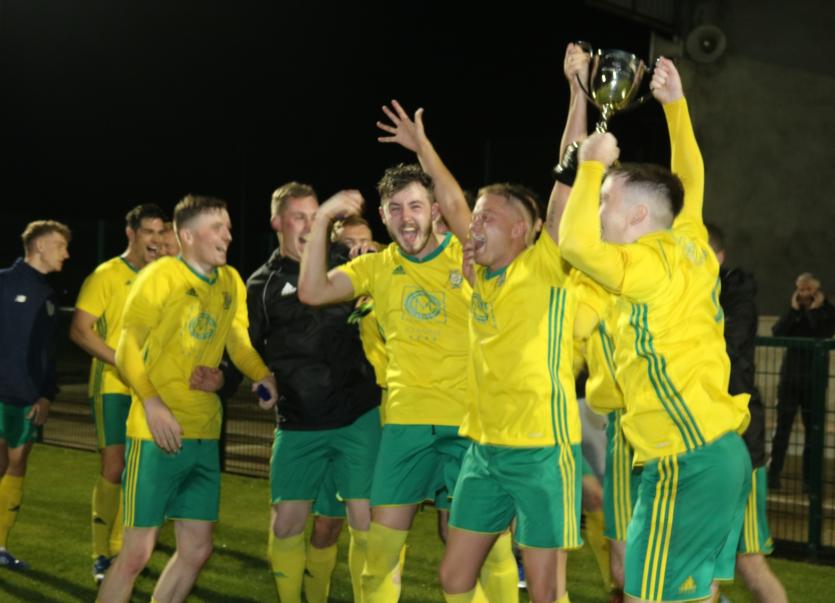 Bonagee United defeated their arch-rivals Letterkenny Rovers to capture the Donegal News USL League Cup title in dramatic fashion at Ballyare as they came from behind with two goals inside stoppage time to win 3-2.

Ryan Rainey fired in the opener for Bonagee before Rovers equalised through BJ Banda before the interval.

Rovers were reduced to ten men early in the second half when Zac Gorman was sent off.

But it was Rovers who took the lead on 81 minutes with Johnny Bonner found Banda who was fouled in the box. He stepped up to convert the penalty and make it 2-1.

Bonagee were then awarded a penalty when substitute Garbhan Grant was fouled inside the penalty area on 83 minutes. However, Rory Kelly saved Rainey's spot-kick and Rovers appeared to be on the way to victory.

But Grant - a former Rovers player - crashed home a 91st minute equaliser from the edge of the box and then grabbed a superb winner with a truly wonderful 20 yard striker.