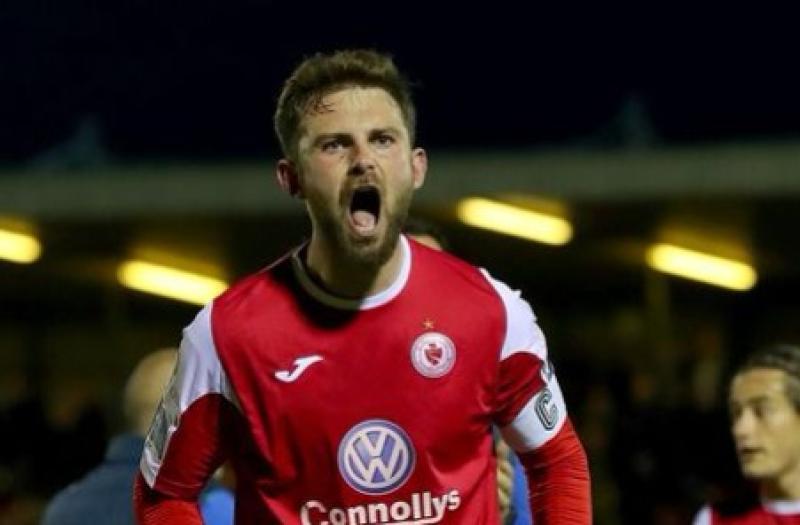 We are not setting any points targets - that’s the view of Finn Harps manager Ollie Horgan as his side begins the second half of the truncated SSE Airtricity League of Ireland Premier Division campaign with the short trip to the Showgrounds to face Sligo Rovers this evening. (Kick-off is 7.45 pm).

The Donegal club dropped to bottom spot on Saturday without playing as Cork City’s 1-1 draw away from Shelbourne enabled the Leesiders to leapfrog over Harps.

Nevertheless, Harps go into the derby fixture on the back of some decent results of late, having won three out of their last four games, although two of them were in the FAI Cup.

“We have no target set, I don’t think you can, given the nature of the season,” Horgan said. “We have seven points on board and are off the play-off spot. We have got nine league games left and we have to approach them and get something out of all of them.”

Harps actually recorded their sole home league win of the league this season against Sligo Rovers, back on the opening day of the season. That is bound to count for some psychological significance.

The Bit o’ Red struggled before the Covid-19 pandemic interrupted the season, but since the resumption of action, Sligo have gone from the foot of the table to climb to sixth.

Horgan noted: “Sligo have won five out of their last six games (in all competitions). We know what we are going into, and we have found it difficult at the Showgrounds in the past, but we look forward to it even with the difficulties.

He added, “We do have a little bit of confidence that we earned in the last couple of weeks.”

On an encouraging note, Harps have scored five goals in their last two games, having found the target on just three occasions in the seven games prior to that.

“We have taken a better percentage of our chances, and I think the biggest positive was that in the (recent) game against Waterford we went behind twice and we showed a hell of a lot of character,” he said. Harps won that game 3-2.

Since Harps last met Sligo, the Liam Buckley side have strengthened considerably, not least with the signing of Junior Ogedi-Uzokwe. He scored 14 goals with Derry City in 2019 (and was top scorer in the league), impressing throughout the season during a loan move from former club Colchester United.

But he then moved to Israeli Premier League club Hapoel Hadera before Sligo secured his services in July.

He was among the scorers in Sligo’s last league game, a 3-1 win over champions Dundalk.

The Sligo squad also includes Donegal natives Kyle Callan-McFadden, and Johnny Dunleavy, and former Harps players Regan Donelan and Jesse Devers. Goalkeeper Ed McGinty, moved from Scotland to Ballyshannon when he signed for Rovers, and was called into the Republic of Ireland under-21 squad last month.

Both teams should be close to full strength.

When the sides last met at the Showgrounds, Sligo won 3-1.