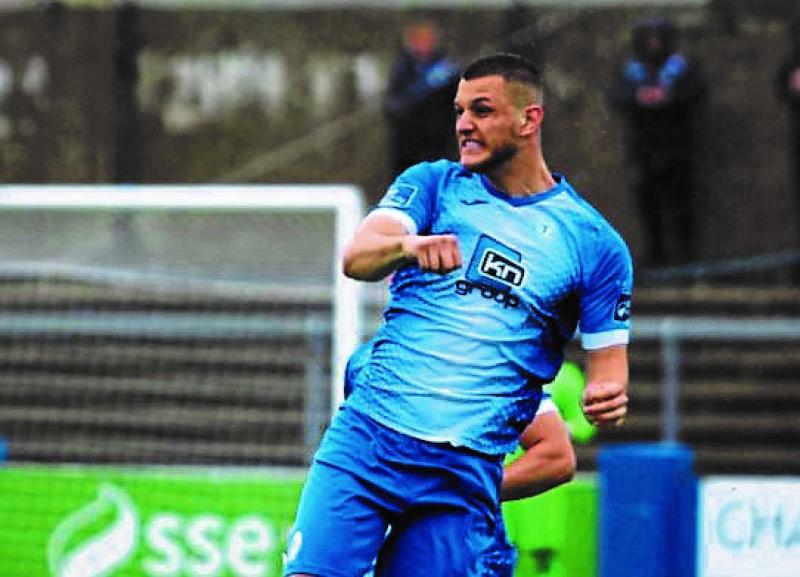 And this evening's game at Tolka Park in Dublin against Shelbourne is surely the one that they are most likely to get something from - which gives if added importance. (Kick-off is 7.30 pm).

The Donegal club’s other two trips are to champions Dundalk and second placed Bohemians - and their record at both Oriel Park and Dalymount Park as a Premier Division side is miserable.

With just seven games left, Harps are above Cork City on goal difference at the foot of the table and the battle to stay up is now really intensifying.

Harps manager Ollie Horgan is known for playing down his side’s chances, but he will be hoping that they can get something from the visit to Tolka Park where Shelbourne have actually won only once in their five home games to date in this truncated season.

“When Shels are good, they can be very good. We could go up there and be beaten 4-0, but we could also go up there and get something,” commented Horgan, who was encouraged by his team’s display in last week’s scoreless draw with Derry City.

Asked about whether he feels Shelbourne are inconsistent, he replied that much depends on the likes of Ciaran Kilduff, Karl Sheppard and Gary Deegan. It seems that when those players are on form, Shels really click, but they can struggle if the opposite is the case.

Harps lost 1-0 at home to Shels when the sides met in August with Ryan Brennan getting the winner.

The Tolka Park outfit have since lost to Sligo away, drawn at home with Derry, drawn away to league leaders Shamrock Rovers, beaten Galway United 5-2 away in the FAI Cup, been held to a draw at home by bottom club Cork and in their last outing lost out 3-2 to title holders Dundalk.

Horgan noted: “Shelbourne were very unfortunate not to get anything out of Dundalk. Any team that goes there and are disappointed not to win or get a draw are a handful.”

“Tolka Park is a hard place to go to and we have to try and get something out of it. We are running out of games,” he added.

Harps should be near full strength for the tie and Harps will look to towering 22-year-old Austrian striker Alexander Kogler to lead the attack.

Kosovar Sadiki and Mark Coyle return to the squad from suspension while English striker James Serrant-Green, who has taken over the number nine jersey from Cameron Saul, is likely to start on the bench.

Significantly, Harps’ next home game is with fellow-strugglers Cork City.

If the Ballybofey-based side can garner something from the Shelbourne game and then follow it up with a win over the Leesiders, then they will really boost their chances of avoiding automatic relegation and finishing second bottom with the “prize” being a relegation/promotion play-off spot against whoever finishes as runners-up in Division One.