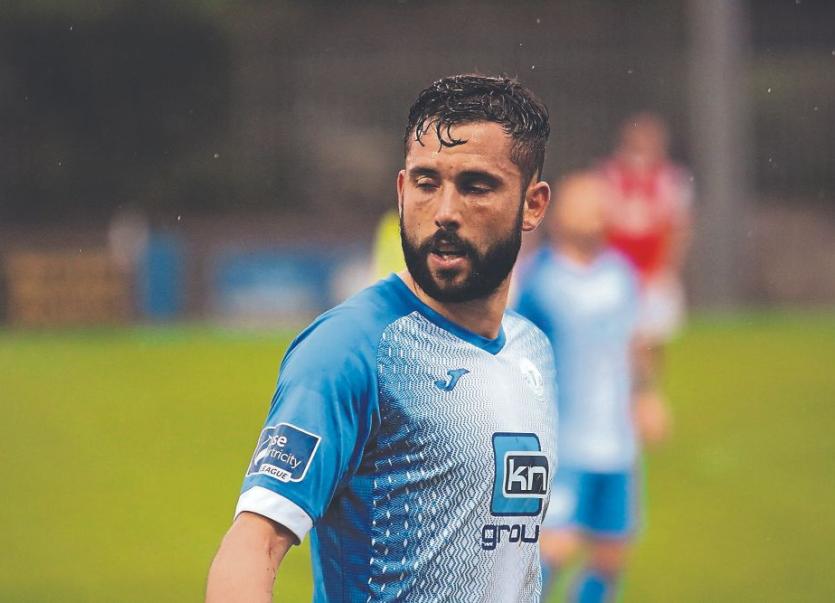 Finn Park will be without the hugely influential defender Dave Webster for tomorrow’s bottom of the table clash against Cork City in  Ballybofey, tomorrow (Sunday). Kick-of is 5.00 pm.

Webster is suspended for the game and manager Ollie Horgan has described his absence as a “big blow” given the performances to date from the player who joined Harps this season having been an important figure for St. Patrick’s Athletic.

The sides come into the game separated only by a point, while the visitors have a game in hand.

Horgan, incidentally, will have to watch from the sidelines as he is serving a one game ban, having been sent-off against Sligo Rovers last month.

The Leesiders arrive in search of their first away victory in over a year. They will be hoping the extra preparation afforded by last weekend’s tie with Dundalk being postponed will give them a lift in what is a pivotal clash in the relegation battle.

Speaking ahead of the game, Harps defender Stephen Folan was keen to stress that Harps can’t be slow to get into the game; “We owe it to Ollie and Paul to come out of the blocks here and get after them straight away. The first half at Shelbourne we didn’t start at all and didn’t get into the game until the second half. It shouldn’t take a rollicking at half-time to get us into gear. Hopefully we can get a couple of goals and keep a clean sheet so we have something to build on now for the rest of the season.”

Horgan predicts a close game on Sunday evening: "Cork are a good side despite their league position, it's a very strong league this year and there’s a lot of quality up and down the table. They got a good point themselves at Shelbourne a couple of weeks ago so there isn’t much between the teams and it’s going to be a very close game."

Harps will be without David Webster and Ollie Horgan who are suspended. Mark Timlin remains out while Ruairi Harkin and Mark Russell are nursing knocks and are doubtful.

While it had been hoped the game would see the return of Harps season ticket holders, a recent surge in COVID-19 cases in the county saw an escalation to level three and so the game will be played behind closed doors once again.

The match will be broadcast live on watchloi.ie for just €5.

Sunday's match programme includes an interview with Mark Tighe, Stephen Folan and a tribute to the late John Kennedy of Cork City FC.