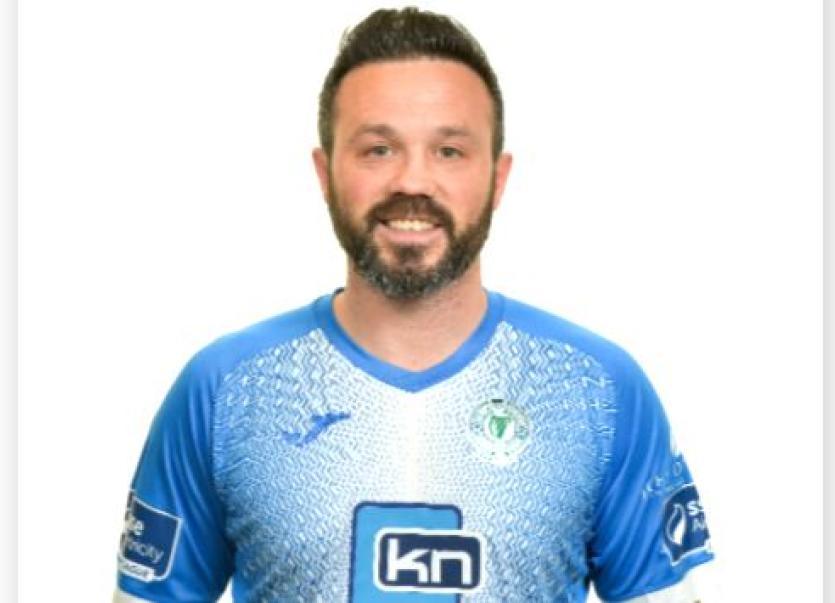 Veteran Raffaele Cretaro denied Cork City what would have been a crucial victory in the basement battle in Ballybofey as he cracked home a 75th minute equaliser to give Finn Harps a share of the spoils.

The 38-year-old, who came on as a substitute in the second half, scored with a low drive to give the Donegal side a draw that enables them to stay one point above City.

Cork broke the deadlock in the 57 minute. Leo Donnellan lost possession for Harps inside the City half and the visitors quickly moved the ball forward with Daire O’Connor supplying the pass for Dylan McGlade whose accurate, low shot just squeezed past the diving McGinley and into the bottom of the net.

Harps had the better of the initial stages, with Barry McNamee prominent as they forced two corners.

But Cork soon settled and were on top in the first quarter with Kit Elliot making a nuisance of himself for the Harps backline.

However, while Cian Coleman had an eighth minute shot on target - easily dealt with my Mark Anthony McGinley - the possession was not converted into chances of note.

A handball appeal on 12 minutes - promptly dismissed - was the biggest worry for the home defence during this period.

Harps enjoyed a decent spell during the mid-point of the first-half and City were fortunate to survive a couple of scares after Karl O’Sullivan had forced Mark McNulty to go full-stretch to save.

Firstly, Kosovar Sadiki was just unable to get the telling connection from close range as he tried to meet a Barry McNamee corner, and then Mark Russell found Austrian striker Alexander Kogler deep inside the box but from a promising position he steered the ball badly wide when he should have done better.

As play swung from end to end, Deshane Dallin skipped down the flanks on a couple of occasions for the visitors and Gearóid Morrisson had a shot from distance stopped by McGinley.

On 33 minutes, McGinley had to scamper across his goal to make a vital save as he managed to get a hand onto a Coleman header following a good cross from Dallin.

At the other end, in an entertaining affair, Russell let fly with a fine shot that McNulty had to react to smartly.

But the save of the half came on 36 minutes as Dylan McGlade, who was becoming increasingly influential, fired goalwards but McGinley was equal to the task with a fine one handed reflex save.

And Cork then went close again moments later when Dale Holland sent in a probing cross from the right and although Dallin arrived on time at the far post he was unable to provide the finish required and could only find the side-netting.

As the game went into stoppage time at the end of the first half, Cork went close again but Coleman was unable to keep his shot down as he blazed over the crossbar.

At the start of the second half, McGinley was called upon again to make another key save as he blocked Joseph Oluwu shot through a crowded goalmouth before Daire O’Connor, following up, blasted well over the target.

Cork broke the deadlock in the 57 minute through Dylan McGlade and they appeared to be on the way to their first away win of the season.

With a pep in their step, City went in search of a second to kill the game and Daire O’Connor went close on 71 minutes with a fine, curling shot that went narrowly wide.

Just afterwards, Harps hit the post with a speculative ball into the box from substitute Adan Foley that deceived several people.

But Cretaro then levelled the scores in the 75th minute with a low shot from outside the box.

Stephen Folan then went close with a free for Harps while Foley - who made an impact - was not far off target with a shot from inside the box.

In the end, though, a draw was probably a fair result.