One goal scored in last 12 games with Dundalk - but can Harps spring a surprise? 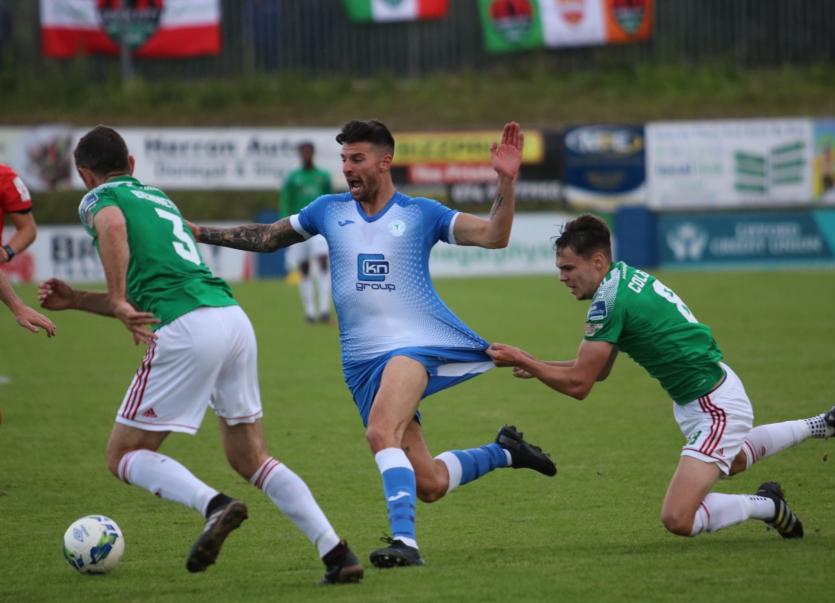 Will Adam Foley play against Dundalk?

Finn Harps will be hoping that Dundalk are still in dreamland when the League of Ireland champions host the Donegal club tomorrow (Sunday) in a SSE Airtricity League game that probably has more significance for the visitors. Kick-off at Oriel Park is 5.00 pm.

Yesterday, the Louth outfit were on cloud nine after the draw for the Europa League put them in a group with Arsenal, Rapid Vienna and Norwegian side FC Molde, who were managed by Ole Gunnar Solskjaer before he took over at Manchester United.

And with the domestic league title out of reach for the Lilywhites, they will be throwing their full lot into the Europa League adventure.

What a contrast it all is to the plight of Harps. Dundalk are set to pocket €3m plus from their group stages participation - that’s roughly four times the Harps’ budget for the entire season.

With third place probably the best that Dundalk can achieve in the Premier Division, the question now is just how motivated will they be against Harps.

Harps boss Ollie Horgan is quick to point out that while Dundalk’s form has dipped in the league, their squad is still brimming with talent and they have so much quality.

Incredibly, Finn Harps have scored just once and conceded 38 goals in their 12 meetings with Dundalk since Horgan took charge.

During that time they have mustered up just one point against the Lilywhites - in a 1-1 draw at Finn Park at the start of the 2019 season. Indeed, that is the only goal Harps have got in 12 meetings since 2016, 11 in the Premier Division and one in the FAI Cup.

Paul Hegarty, Harps’ assistant manager, notes that with just five games left and Harps one point above bottom club Cork, they really have to try and get something from every game.

Harps go into the game on the back of three successive draws and they have lost only one game in their last six outings.

Dundalk interim coach Filippo Giovagnoli won’t know too much about Harps and wasn’t at the helm when the side thumped Harps 4-0 at Finn Park back in March thanks to goals from Patrick Hoban (2), Michael Duffy, and Greg Sloggett.

Harps will welcome back Dave Webster from suspension while Dundalk will have skipper Chris Shields available again. He missed the 3-1 win over 3-1 win over Faroese side KI Klaksvik at the Aviva Stadiumin Dublin on Thursday which enabled Dundalk to get into the group states of the Europa League.

Meanwhile, former Newry Town, Portadown and Glenavon player Adam Foley - who was signed  by Harps during the summer and has yet to make the starting eleven - could be thrown into action after impressing when he was introduced in the 1-1 draw against Cork City last Sunday.