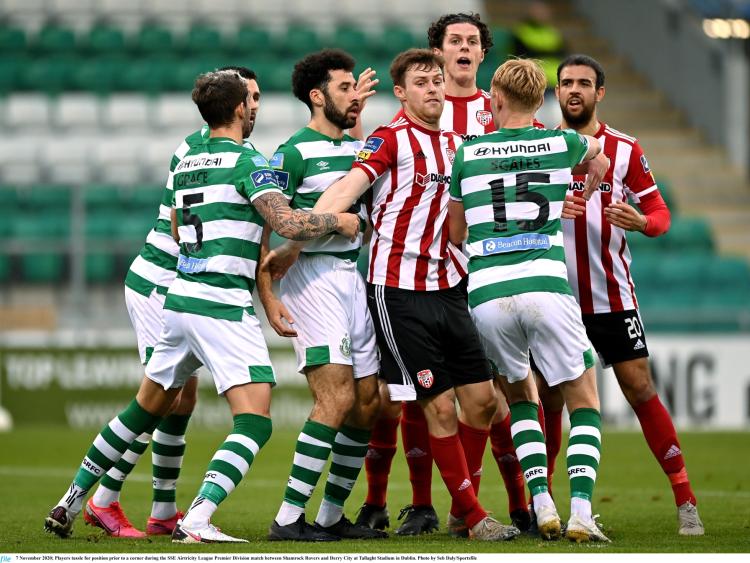 Finn Harps could still pip Derry City on the final day of the season - and guarantee their top flight status for next year.

This means that City have 19 points with one game left (with a level goal difference), the same points tally as Shelbourne (who have a minus seven goal difference). Shels final game is against Shamrock Rovers. Finn Harps, who have 17 points, still have to play Waterford on Monday. 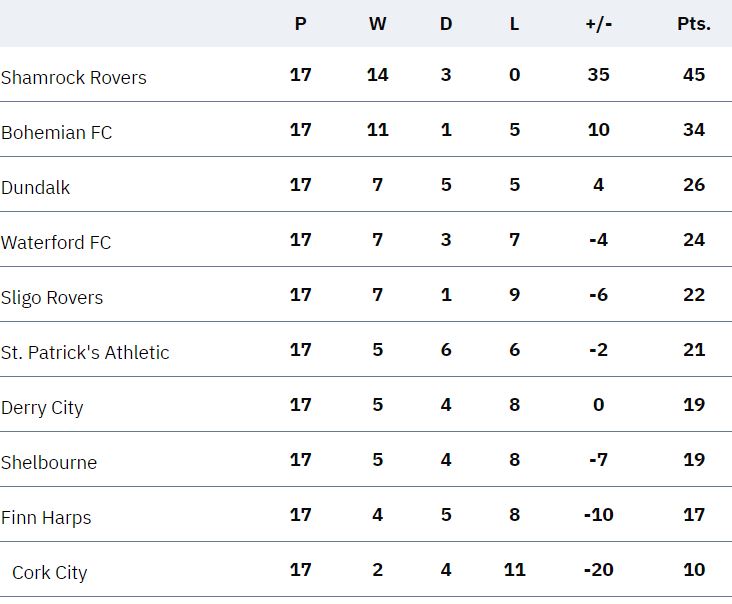 Derry City need to win at Cork City on Monday to ensure they avoid slipping into the relegation play-off spot after they were outclassed at Tallaght.

City were well beaten by the champions who continued their unbeaten run, and the Candystripes never looked like mounting much of a challenge once Graham Burke had put the hosts into the lead.

Rovers sprang into life 11 minutes into the game and it took a timely challenge by Cameron McJannett to deny Dean Williams a tap in. It was Williams’ clever flick which sent Jack Byrne racing down the right into the penalty area, and the Irish international tried to return the favour to his team mate with a simple ball across the six-yard box, but McJannett got back in time to take it off Williams’ toe.

Derry City had to wait until the 35th minute before their first chance of the game arrived and it was almost a gift from Danny Lafferty, whose backward pass put his goalkeeper in trouble. The ball went straight to Jack Malone who shot on the turn but a crucial deflection off the back of Roberto Lopes’ leg saw the ball bounce just wide of the open net to go behind for a corner. It was a great chance for the Candystripes.

It was then Derry City breathing a sigh of relief as the breadth of the post denied Rovers from taking the lead as the game headed towards half time. Conor Clifford lost possession just outside his own penalty area and Burke exchanged passes with Aaron McEneff before shooting with the outside of his left foot, with the ball beating Cherrie but striking the post.

Rovers were finally celebrating just before the hour mark however as they took the lead in spectacular fashion. Danny Lafferty won a free kick on the edge of the Derry area and Burke swept a left-footed effort around the wall and into the top corner, leaving Cherrie to question his wall as Rovers went into the lead.

Rovers finally made sure of the win in added time at the end of the game when a quick breakaway saw Greene break into the area and he drilled the ball low past Cherrie to seal the win and ensure that Rovers go into the final day of the season just 90 minutes away from going through the entire season unbeaten.

The games on Monday are:

The Abbey Hotel will not reopen during Level 3 restrictions

Martin Harley, treasurer of the Donegal branch of the Vintners' Federation of Ireland (VFI), said that while the decision not to reopen so-called wet pubs was not unexpected, it was the wrong move