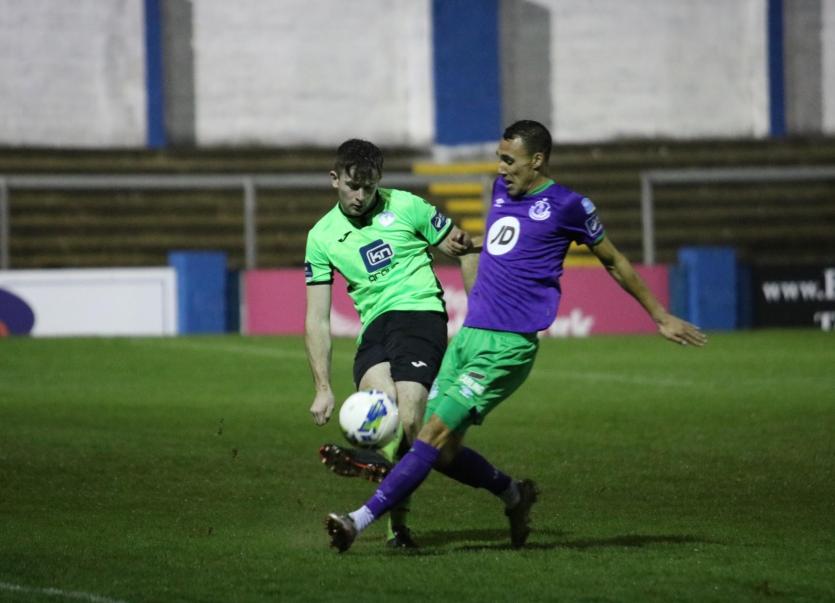 Double-chasing Shamrock Rovers got three penalties and scored from two of them as they got out of jail and came from 2-0 down to overcome plucky Finn Harps 3-2 in a cracking FAI Cup quarter-final clash on a glue-pot of a Finn Park surface in Ballybofey.

Harps deservedly led at the break after a purple patch saw goals from Barry McNamee and Stephen Folan in a five minute spell, but Rovers struck back in the second half with two successful but controversial spot-kicks from Arron McEneff and what turned out to be the winner from Graham Burke.

Rovers began positively and put Harps under some early pressure, but had little to show for it other than a Liam Scales header from a corner that was capably stopped by Mark Anthony McGinley.

But Harps settled and began to string together some decent moves and their efforts were rewarded as they went ahead on 15 minutes with Adam Foley finding the industrious Barry McNamee inside the box and from an acute angle he fired past Alan  Mannus into the bottom corner of the net.

Almost immediately, the visitors had a chance to equalise but Danny Lafferty could only look on with frustration as he met a Jack Byrne cross and steered his header across the face of goal and wide.

Rovers, who last tasted defeat against Harps in a league game in 2008, were then stunned again as Harps doubled their tally on 20 minutes.

Ryan Connolly whipped in a corner and towering defender Stephen Folan rose to connect with a header that dropped just under the bar.

Rovers pulled one back in controversial circumstances on 50 minutes when Sam Todd was adjudged to have fouled Liam Scales. McGInley saved McEneff’s spot-kick, but as the ball spun loose it was deemed that Mark Russell had handled and another penalty was awarded.

Harps were still hopping mad with the decision when Rovers got a third penalty after McGinley was penalised as Graham Burke ended up on the deck as he attempted to go around him.

McEneff stepped up to score again and the sides were level at 2-2 with 55 minutes on the clock.

Graham Burke fired Rovers ahead on 71 minutes after Ronan Finn had been denied by a fine save from McGinley.

Harps, who went into the game as 25/1 rank outsiders to win the competition, had a penalty plea for handball turned down late on, and Rovers also survived an injury time goalmouth scramble, but held on to book their place in the last four.