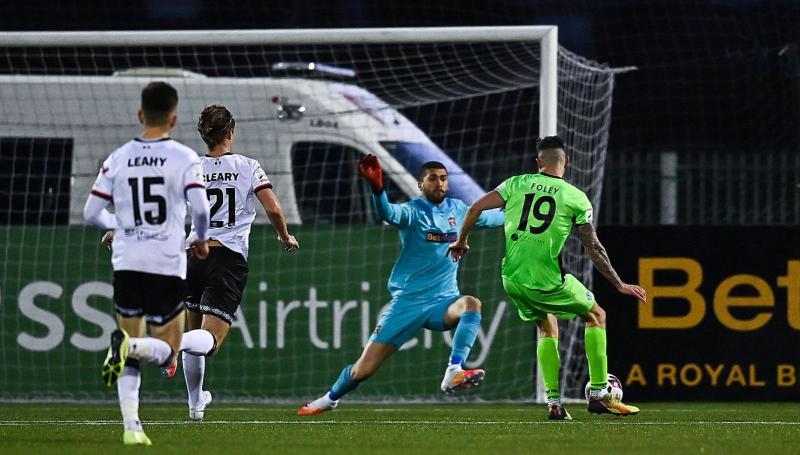 Finn Harps defeated Dundalk for the first time since 2007 as they moved to the top of the SSE Airtricity League Premier Division table after a superb win at Oriel Park.

Adam Foley struck twice for Harps to make it three goals in two games - and he is currently the hottest property in the SSE Airtricity League.

The Dubliner pounced in each half as Harps overcame the Lilywhites for the first time under manager Ollie Horgan.

Coming on top of last week's fine opening day victory over last year's runners-up Bohemians, this means Harps are top of the pile with six points from two games.

Mark Russell and Will Seymore came into the starting line-up in the place of Conor Barry and the injured Ryan Connolly.

The Donegal side began in confident fashion and conjured up the first chance of the game with a Kosovar Sadiki shot early on, but Dundalk soon began to enjoy the majority of play.

Last week a poor defensive error by Bohemians was capitalised on by Adam Foley who got what proved to be the winner.

And it was almost a case of deja vu but on this occasion, on 27 minutes, a Daniel Cleary lapse let Foley in on goal but goalkeeper Alessio Abibi advanced to get down and make an important save.

Although much of the Dundalk play was going through Michael Duffy, Harps again looked strong in defence and grew more into the game in the period approaching half-time.

And, in the 43rd minute, Foley nipped in to stab the ball home from close range after goalkeeper Abibi struggled to clear. 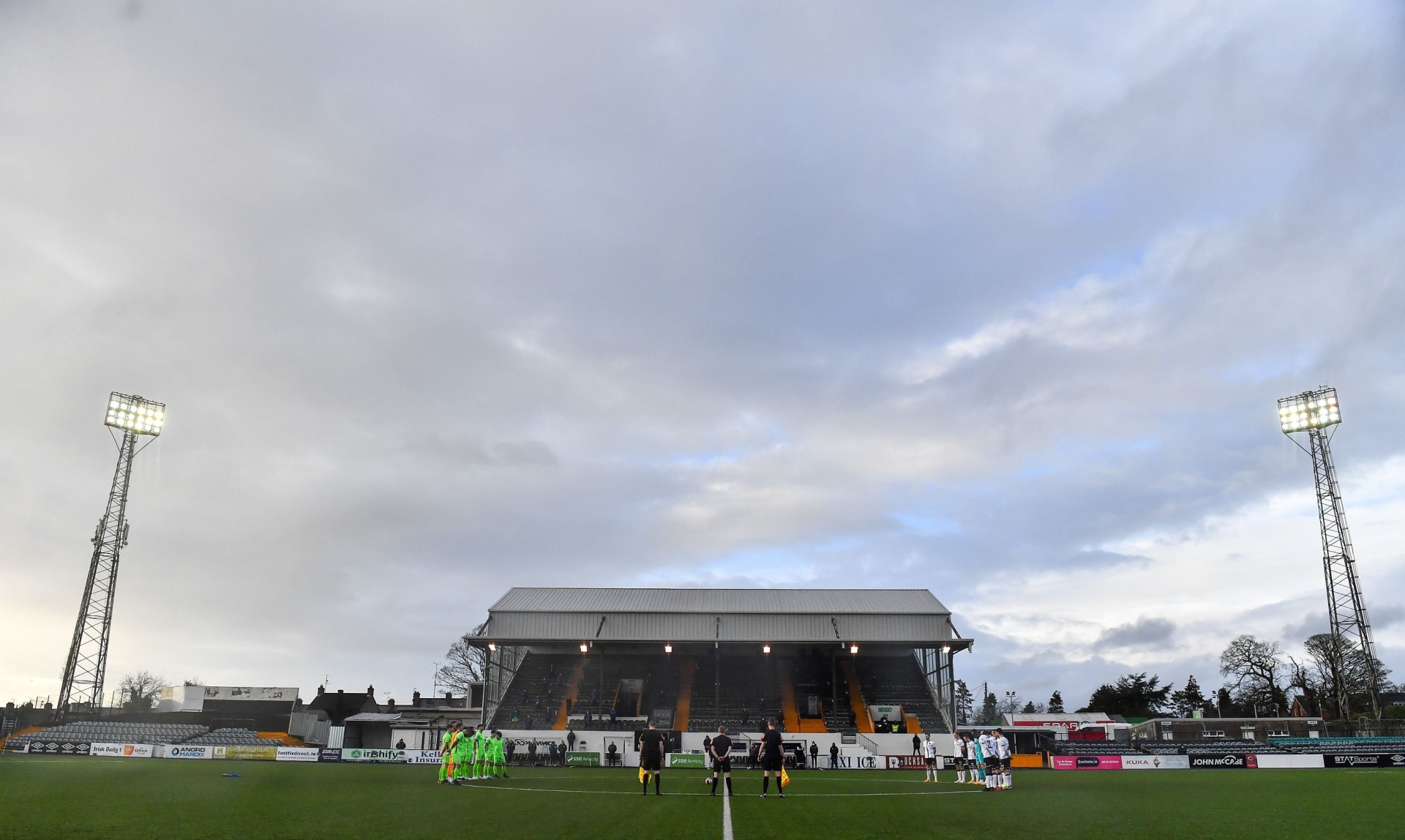 Above: Both sides stand for a minutes silence prior to the SSE Airtricity League Premier Division match between Dundalk and Finn Harps at Oriel Park in Dundalk, Louth. Photo by Eóin Noonan/Sportsfile

However, the Harps' lead was short-lived as Dundalk drew level three minutes into the second half with Patrick Hoban heading home a Duffy free-kick to make it 1-1.

Mark Anthony McGinley made a great save from Hoban on 58 minutes as Harps endured a spell of Dundalk pressure.

But Dundalk were soon on the back foot again and Harps hit the side-netting before, on 63 minutes, Foley struck with a second on a counter-attack to put Harps back in front as he calmly struck the ball past Abibi to really rattle the home side.

Hoban hit the post late on for the Louth side while substitute Jesus Perez was denied by McGinley but Harps held on for a memorable victory.

This was Harps' first win over Dundalk under Ollie Horgan, and it was their first success at Oriel Park since 2006. 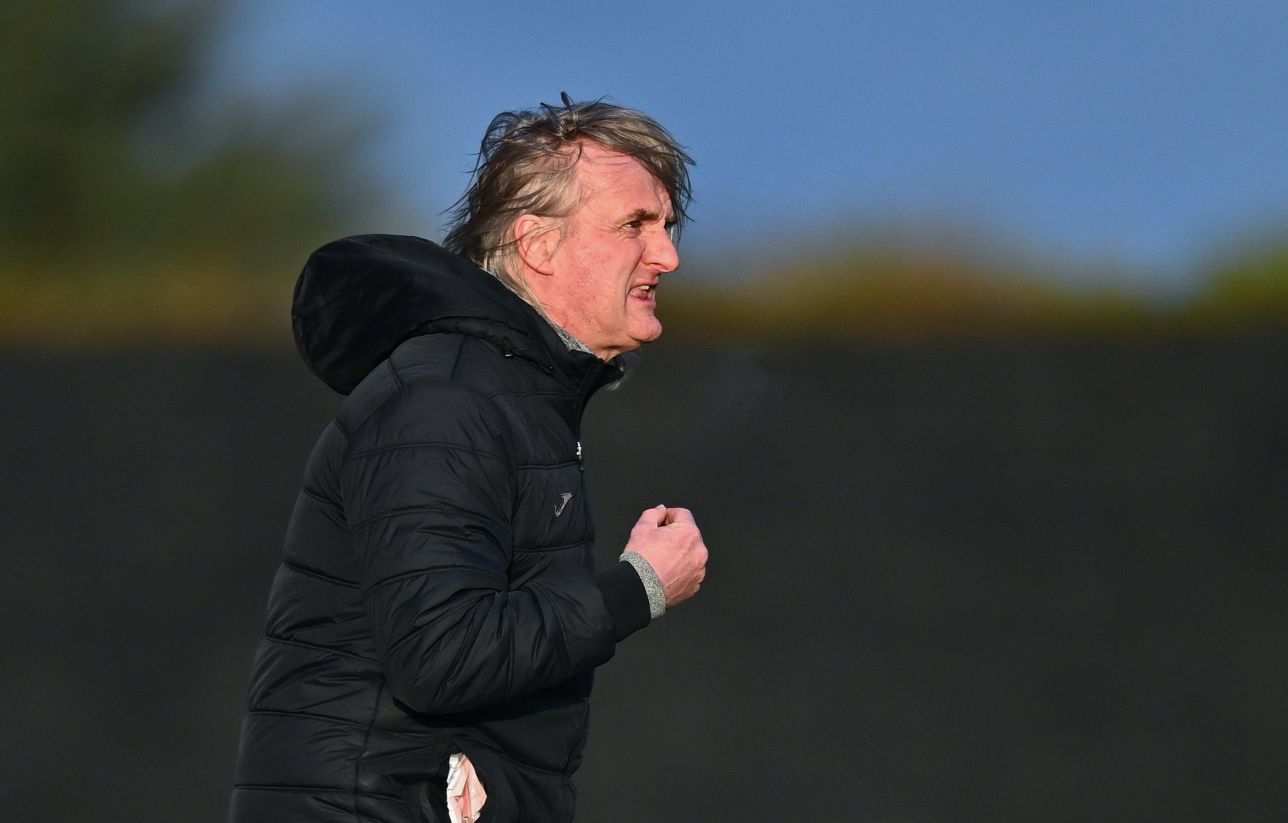