Ollie Horgan's side earn a decent draw in Drogheda 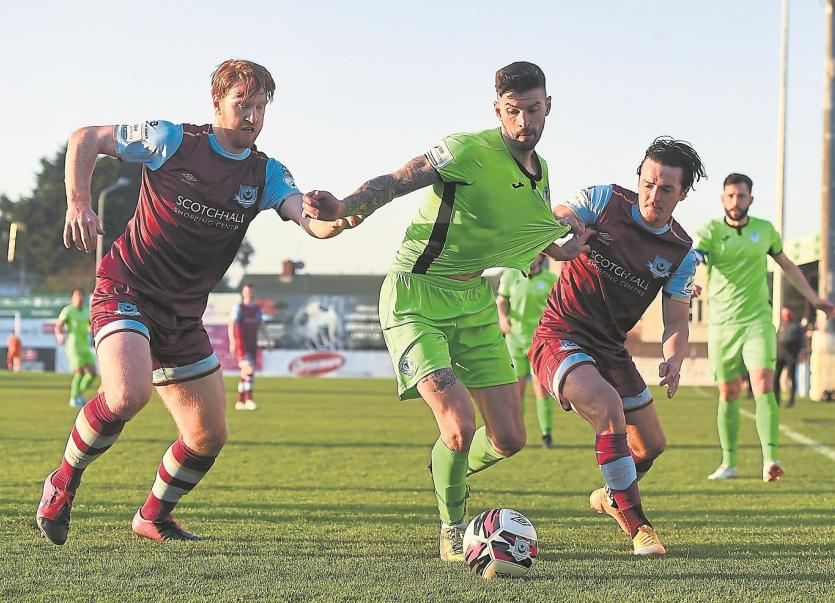 Finn Harps preserved their Premier Division unbeaten record as they walked away with a point following their 1-1 draw against Drogheda United at Head in the Game Park on Saturday night.

Both clubs have started the campaign strongly, with Harps already boasting two wins from two with victories over Bohemians and Dundalk, while Drogheda ran out victorious in their opening game against Waterford before a last-minute winner saw them fall to St Pats Athletic.
It was attacking midfielder Karl O’Sullivan who edged the away side in front with a superb strike in the 56th minute.
Harps’ goal was a real beauty. Following a Harps throw into the box, Drogheda scrambled to clear the ball with defender Dane Massey attempting to head it away, only for it to land at the feet of O’Sullivan, who with the sweetest of strikes fired it into the bottom right corner.
However, while Harps appeared to be on their way to maintaining a 100%-win record, their lead only lasted six minutes, with one of the stars of the night Mark Doyle coming up trumps with the equaliser to give newly promoted Drogheda four points from three matches.
In an uneventful first half, Finn Harps were unable to really threaten the Drogheda goal.
O’Sullivan created Harps’ only true scoring opportunity in the sixth minute. After tearing down the wing, the 21-year-old saw his chance to shoot, however, the end result saw the ball just skin over the crossbar. 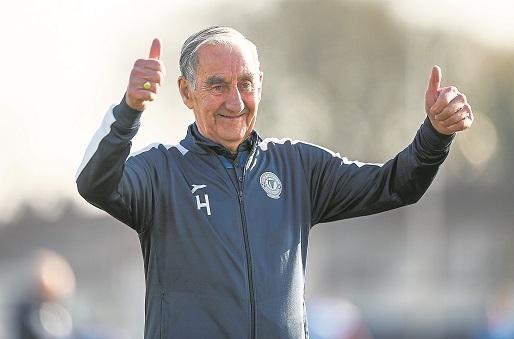 It took Drogheda United slightly longer to break out of the traps.
The home side's first real chance came 24 minutes in with a great passage of play from Conor Kane who broke through the Harps defence only for Doyle to be caught slightly offside.
Moments later, Drogheda nearly caught Harps again on the backfoot.
After breaking on the counterattack, Gary Deegan played a beautiful ball out wide to Doyle who was capable of skinning past defender Ethan Boyle but unable to pass goalkeeper Mark McGinley who pulled off a superb low save.
The second half saw a much higher standard and intensity. Harps nearly took the lead immediately. With Mark Russell fancying his chances outside the box, what should’ve been perhaps a straightforward save slipped through the hands of goalkeeper David Odumosu and luckily, from a Drogheda point of view, tipped over the crossbar.
At the opposite end of the field moments later, a Drogheda corner taken by Ronan Murray saw a great low header from centre back Daniel O’Reilly which just fell into the hands of the Harps keeper.
Adam Foley, who already has three goals from three games, tried to put his team back in front in the 70th minute.
After opening up the Drogheda defence, he saw an eye for a shot, however, a poor strike easily fell into the hands of the Drogheda United goalkeeper.

Frustrated
Harps were left completely frustrated after what they felt should have been a penalty in the 84th minute.
A free from substitute Ryan Shanley into the Drogheda box saw Kosovar Sadiki brought down in the process, however the resulting decision saw the ball go out for a corner kick leaving manager Ollie Horgan furious with referee Adriano Reale.
The home side was not afraid to throw caution to the wind and pump players forward as they piled on the pressure in the final minutes of the match.
Drogheda substitute Darragh Markey was nearly the hero of the night if it had not been for the solid presence of Kosovar Sadiki at centre back as the sides finished all square.
This draw moves Harps back level at the top with Sligo Rovers where they are also joined by St Patrick’s Athletic, and extends the unbeaten run in the league for Ollie Horgan’s side to three games.