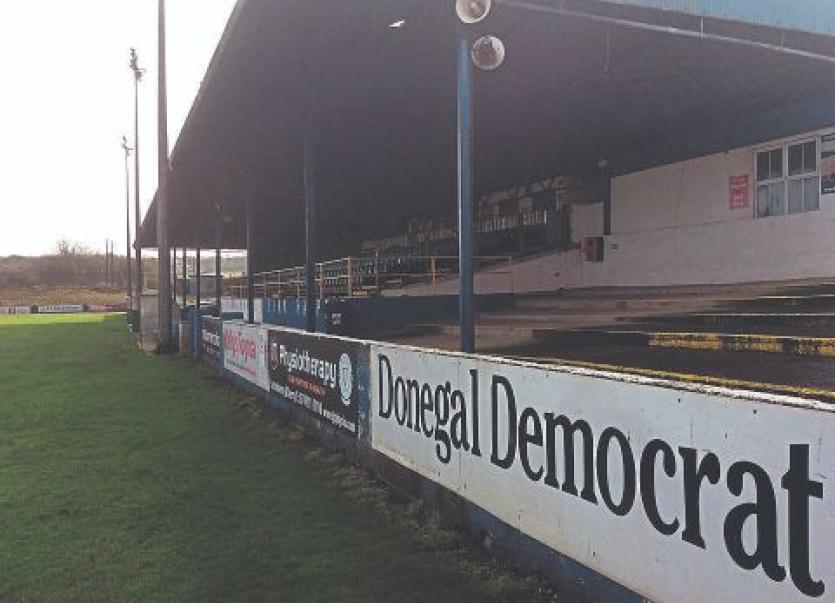 Finn Harps haven’t beaten Shamrock Rovers since 2008 - and few will expect them to get any return from Friday evening’s clash against the SSE Airtricity League Champions at Finn Park. (Kick-off is 7.45)

The Donegal club is entering a really tough run of games with Derry City at the Brandywell on Monday and then a trip to Dublin to take on Bohemians the following weekend.

After a great start to the campaign, Harps have hit a little bump with just one point from their last three outings.

But in a 36-game season, Harps boss Ollie Horgan knows that “it is still early days yet.”

He continued: “We’re going into a game with the best team in the country now on Friday and so we’re quite realistic about what’s in front of us. If we’re not right tomorrow we could be in for a long night of it.

Harps would dearly love to get one over the Hoops, who dumped them out of the FAI Cup late last season in a dramatic quarter-final tie that saw the Tallaght side come from 2-0 down to win 3-2.

“We would love to close the gap again tomorrow night, but we need a decision to go for us rather than three penalties given against us like last time,” Horgan remarked.

Meanwhile, Harps goalkeeper Mark Anthony McGinley said: “Rovers were the best team in the league last season and I know they’ve lost Jack Byrne and [Aaron] McEneff but they’ve brought in a lot of quality and there’s probably more to come in the Summer if you believe everything you hear.

“It’s not going to be easy and if we’re not at it it’ll be another disappointing night, but that’s up to us to make sure that the disappointment we felt after last Friday is put right now and we go out and put a good performance in. We know this season that if we play to the level we can, we’ll push any team to get a result. But if we’re not at that level, they definitely have the quality to punish us.”

Ryan Connolly and Shane McEleney are expected to miss out again for fourth placed Harps while Ethan Boyle, Conor Barry, Johnny Dunleavy and Kosovar Sadiki are all doubts.

Rovers come to Ballybofey in joint top spot with St Patrick’s Athletic, and have won five and drawn two of their seven league games to date.

Shamrock Rovers manager Stephen Bradley is expecting “a really difficult game” despite the fact that Harps have not won in their last three outings.

“If we’re not at our levels we know that Harps will punish us,” he told his club’s website.

Harps’ last win over the Dubliners was in November 2008, but it was a night of mixed emotions.

While the Donegal side won 2-0, it wasn’t enough to prevent them from being relegated to Division One, having missed out by a point on the final evening of the campaign as results elsewhere went against them.