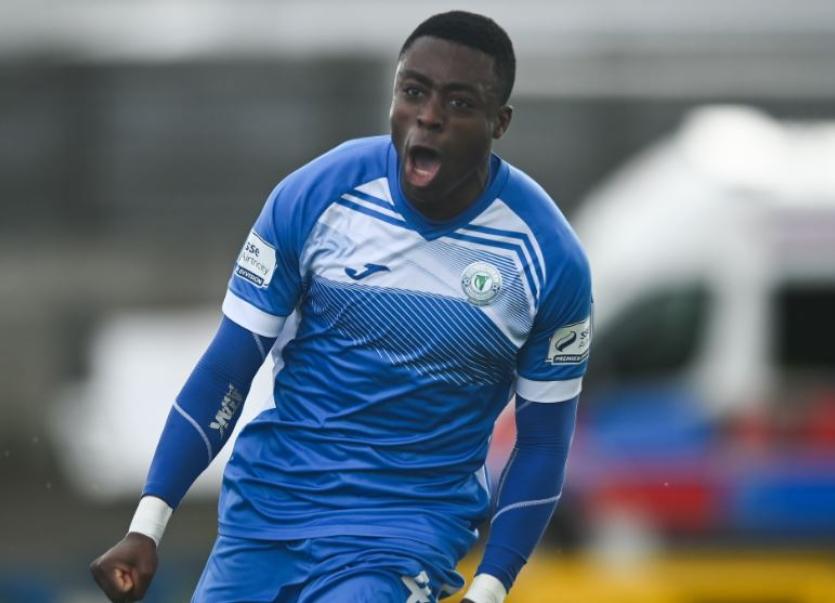 Tunde Owolabi scored his first league goal for Finn Harps with a great first half display, but it wasn't enough for the Donegal club as they lost 2-1 against neighbours and Premier Division leaders Sligo Rovers at Finn Park on Friday evening.

And it was a case of mixed emotions for Romeo Parkes as he scored and was later sent off for the Liam Buckley managed side.

Rovers went ahead after six minutes when from a corner goalkeeper Mark Anthony McGinley’s fisted clearance fell into the path of Parkes and he drove the ball home through a crowd of players.

But Harps responded straight away with Adam Foley crossing for Belgian striker Tunde Owolabi to score his first goal for the Donegal club.

Indeed, Owolabi gave Rovers numerous headaches with a number of scoring opportunities - and also had two first half goals disallowed, one for a foul and the other for off-side.

In what was a surprisingly open first half, Sligo also had adecent pot on goal with a long range free from Robbie McCourt not far off target while on the half hour Mark Byrne got onto a Greg Bolger free but fired over.

But just before the break Owolabi almost scored again for Harps but his shot whizzed narrowly past the post.

Harps could have taken the lead on 54 minutes when Foley fired across the face of goal and just wide.

Sligo made it 2-1 on the hour as Harps struggled to defend another corner and Lewis Banks crashed the ball into the roof of the net.

The visitors  were then reduced to ten men in the 62nd minute with Parkes being shown a straight red card after a flare-up near the corner flag.

Harps brought on five substitutes and pushed hard for an equaliser.

Sligo almost bagged a third on 81 minutes but McGinley got a touch to divert over a stinging Jordan Gibson effort.

Harps piled on the pressure in the final minutes and Sean Boyd had an injury time close range effort tipped over the bar by Ed McGinty.

This was the last game for both clubs before the summer break. Harps will resume action on Friday, June 11, away to Shamrock Rovers.