Donegal name starting XV for Division One semi-final against Cork 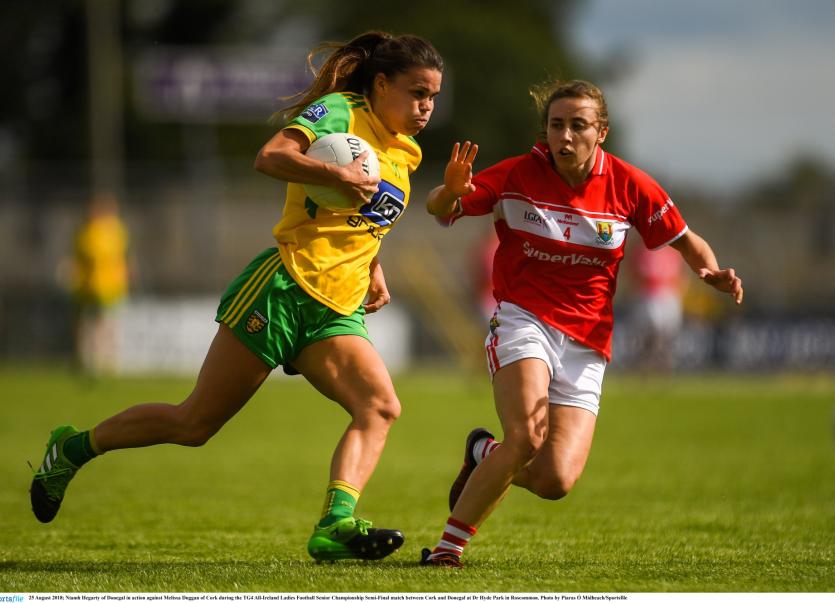 Niamh Hegarty of Donegal in action against Melissa Duggan of Cork during the TG4 All-Ireland Ladies SFC semi-final in 2017. Photo by Piaras Ó Mídheach/Sportsfile

Donegal go in search of a place in the final of the Lidl Ladies National Football League Division One for only the second time ever, when they take on Cork at Tuam Stadium on Saturday, 3pm.

The last top-flight final appearance was back in 2017 when they lost out to Cork.

The Leesiders, meanwhile, have a rich pedigree in this competition, and they’re the current holders from 2019.

Since losing to Mayo in the 2004 Final, and taking that game into account, Cork have appeared in 14 Division 1 deciders in that time, a quite remarkable record.

They’ve lost just two of those Finals – to Monaghan in 2012 and Mayo in 2004 – which makes this run of consistency even more impressive.

But Donegal are a team in form and posting 4-21 against Galway last weekend was eye-catching.

Cork, for their part, had to work hard for a three-point victory against Waterford at Fraher Field, and they’re in for another battle here.