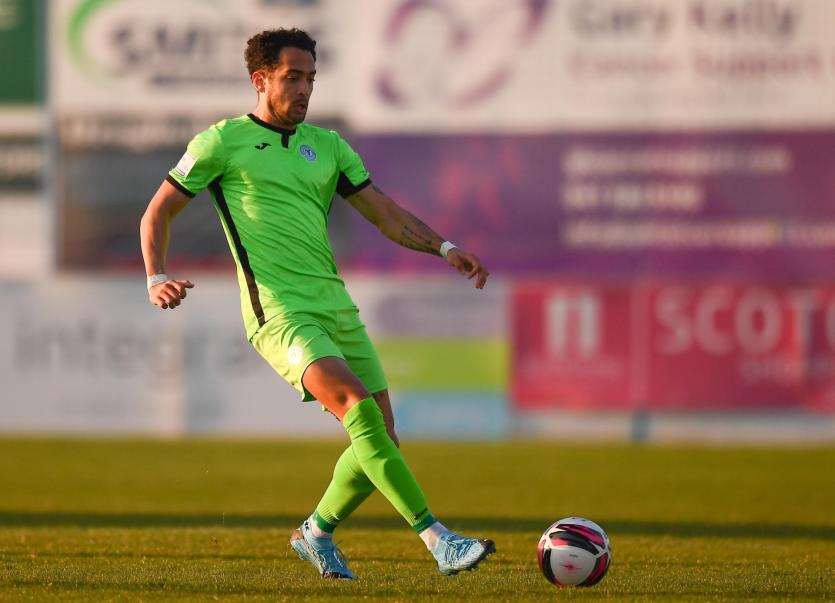 Finn Harps’ poor recent form continued at Head in the Game Park as they were beaten 3-1 by Drogheda United despite taking the lead.

Harps have now picked up just two points in their last six games, and remain in eighth spot in the SSE Airtricity League Premier Division.

Harps took the lead in the eighth minute after a fine move that saw Tunde Owolabi and Adam Foley involved before Barry McNamee laid off a clever ball into the path of American Will Seymore who drove it home from outside the box for his first goal for the club.

Drogheda had to wait until the 18th minute before their first chance fell to Mark Doyle but his shot was blocked by Ethan Boyle.

There was an element of controversy in the build up to the Drogheda equaliser. After an injury to Barry McNamee, Gary Deegan seemingly was going to play the ball back to Harps goalkeeper Mark Anthony McGinley, but the goalkeeper had to be alert to tip the ball over the bar.

From the resulting corner, Doyle was on hand to head home with question marks about the marking.

The equaliser really lifted the home side who then enjoyed much the better of things and they took the lead on 40 minutes with Deegan finding Darragh Markey whose left footed shot from just inside the box squirmed past the diving McGinley.

Harps had a great chance to draw level just before the break. A Barry McNamee free was cleared out to the right flank where Seymore whipped the ball back in for Boyle to rise and head back across the face of goal where Kosovar Sadiki was charging in but he was unable to provide the telling connection from inside the six-yard box. 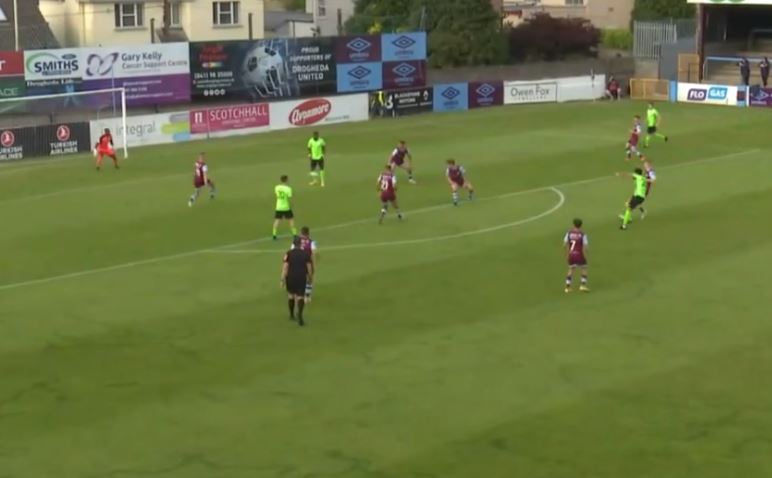 Above: Will Seymore scores for Finn Harps

Owolabi embarked on a couple of forays into the Drogheda box early in the second half, but Drogheda continued to look the more lively.

However, in the 68th minute, Foley did have a chance for Harps with a shot from a tight angle.

Drogheda brought on veteran striker Dinny Corcoran for the last quarter but chances were few and far between.

Substitute Ryan Connolly picked up a yellow card for halting the charge of James Brown in the 78th minute and from the free former Harps player, Daniel O’Reilly, scored a third goal to wrap things up, courtesy of a slight deflection.

Substitute Mark Hughes had a late free saved by McGinley, while Connolly had a pot on goal or Harps.

Drogheda fully deserved their win and overall this was a disappointing display from the Donegal side who will now face Waterford, the side just below them, in their next outing.

Indeed, Waterford were the last side that Harps beat, back in May. 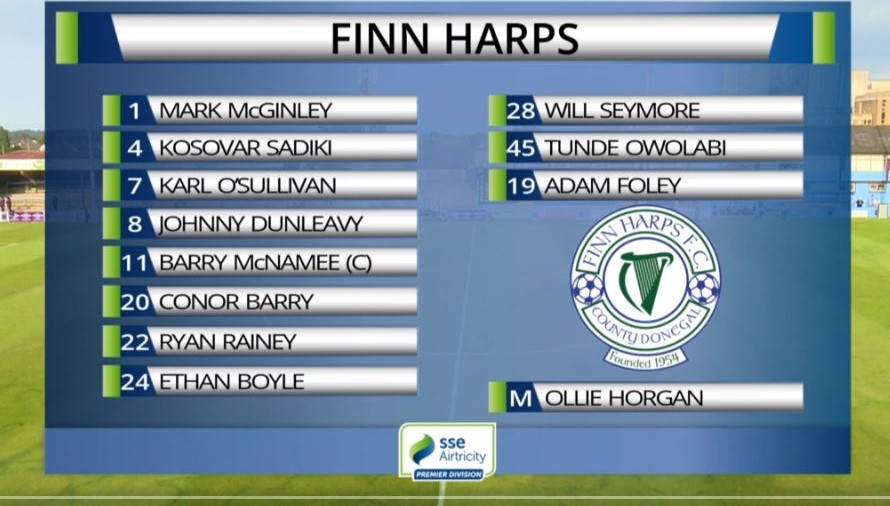 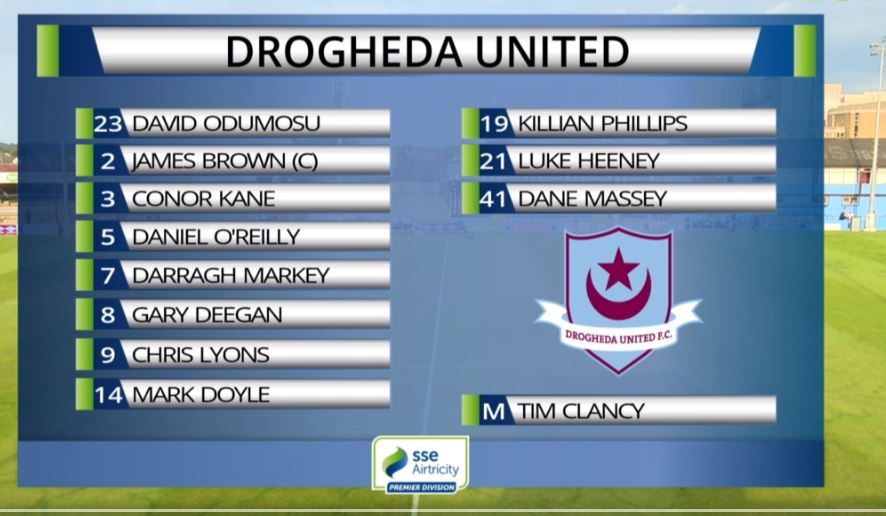