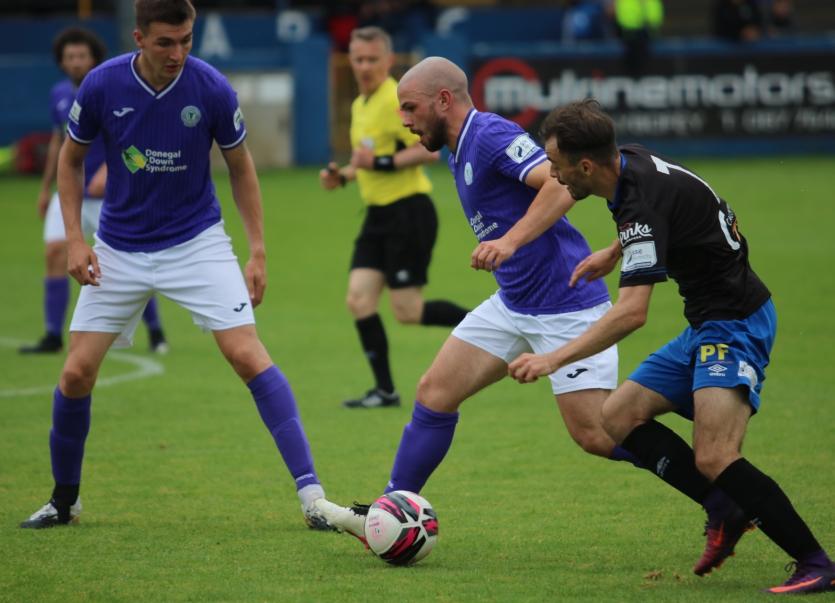 Quitirna Junior Armando scored a match-winning penalty on his debut as ninth placed Waterford chalked up a valuable away win over eighth placed Finn Harps at Finn Park.

Finn Harps have been a bogey team for Waterford in recent times - having beaten them in their previous seven league meetings.

But this win for Marc Bircham’s side moves them to within four points of the Donegal side.

Harps have won only twice in their last 11 games and this is a big set-back for Ollie Horgan's side who are now getting embroiled in the battle to stay in the top flight.

Harps shaded the first quarter in a closely contested encounter.

But Waterford were awarded a penalty in the final minute of the first half with Jordan Mustoe penalised for a challenge on Darragh Power. Armando obliged with real conviction from the spot-kick.

To add to Harps’ frustration they then had a penalty plea for a challenge on Adam Foley dismissed moments later.

The second half started in dramatic fashion as Harps were awarded a penalty within 40 seconds for a foul on Sean Boyd - but Barry McNamee’s spot-kick was stopped by Matthew Connor and subsequently cleared.

The closest that Harps came to an equaliser was a Foley effort that hit the outside of the post.

Harps emptied the bench and pushed hard but Waterford also had a few counter-attacks.

Tempers boiled over late on and Waterford’s Prince Mutswunguma was sent off in stoppage time for a challenge on substitue Ryan Connolly.

Waterford held on for a third win in their last four away trips and they suddenly have a real spring in their step while Harps - who topped the table after the second series of games - now face being involved in a relegation dog-fight unless fortunes improve.