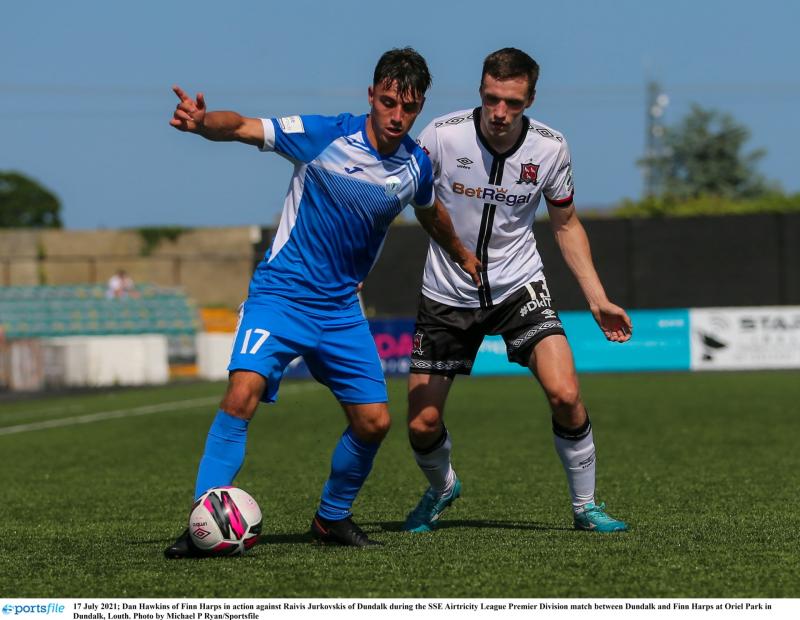 Hawkins made nine League appearances, including five starts, after joining Harps in July. His only goal in Harps’ colours was in a 2-1 win over Bohemians at Dalymount Park in September.

“I can’t wait to get going,” Hawkins said of his move to Shels.

“I’m buzzing to get over and start what is a brilliant opportunity for myself. Learning about the project from Damien and management has been really exciting and we want to push up as high as possible in the league. The sky’s the limit for us as a group.”

Hawkins was previously on the books of Swansea City and Hull City while he spent two years at Salford City.

Duff said of his new recruit: “Dan has had a great footballing education with clubs in the UK. He then went and impressed in the second half of the season last year in the League Of Ireland. He is highly technical and will bring another dimension to our attacking play.”