Harps lost 3-0 to Dundalk on Friday night and are winless in their last eleven outings. Horgan has vowed not to throw in the towel, but says his side have to drastically improve 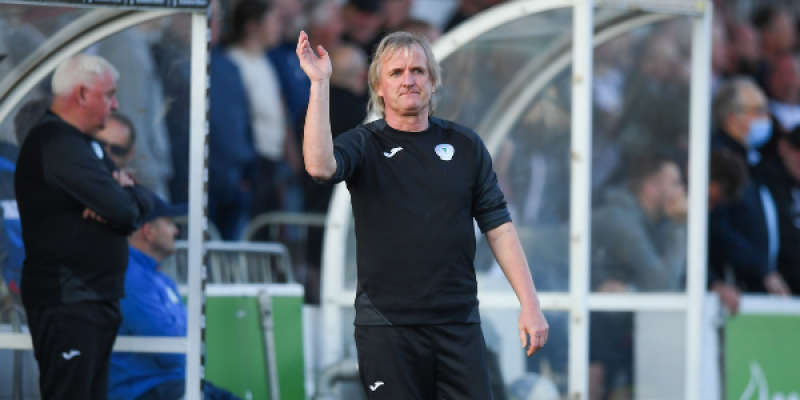 While Ollie Horgan says Finn Harps are ‘as down as we’ve been in my time here’, he has no intentions of walking away from his role.

Horgan is in his ninth season as the Harps manager. Only three of those have been in the First Division with Harps now in their fourth successive campaign in the top flight, but they are firmly in a relegation battle with UCD.

Only goal difference has Harps - who lost 3-0 at Dundalk on Friday night - ahead of UCD and Horgan’s men haven’t won since beating Shelbourne in Ballybofey three months ago. Harps are winless in eleven games, with only two points collected in that spell.

“We’ll do all we can and we’ll fight tooth and nail,” Horgan said after Friday’s reversal at Oriel Park.

“Whatever about losing the game, we lost the game in the sixth minute. Well, if we had kept it at 2-0 you always had a sliver of a chance.

“When you’re down, you’re down and this is as down as we’ve been in my time here. We need leaders in the changing room and let’s see what the next week brings.

“We can only get our heads down and keep working at it. I’m sure people back home are as disappointed as we are. No-one is hurting more than myself and Gavin (Dykes, assistant manager). That’s no consolation, but we won’t walk away from anything.

While Harps had moments, they never looked likely of salvaging the tie.

Horgan said: “It was very disappointing that we didn’t get into the game to make it difficult.

“It was a matter of playing for pride in the second half. At least we saw it out with a little pride, but that’s no good to us in the position we’re in. We need to dramatically and drastically improve or else we won’t be in this Division next year. That’s the long and the short about it.”