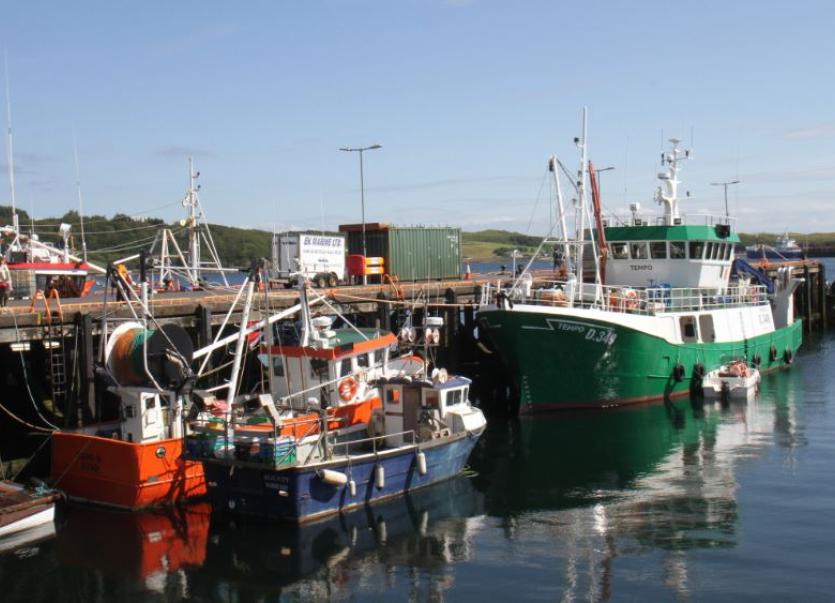 Cllr Micheal Naughton was speaking at the September meeting of the Municipal District (MD) of Donegal where he put down the following motion: “I am calling on Donegal Municipal District to arrange a meeting with Mr Michael Creed TD, Minister of Agriculture, Food and The Marine, with us councillors along with the Killybegs Harbour Development Group in relation to securing funding for the development of the harbour.”

Cllr Naughton said Killybegs had all the elements required to thrive and diversify but currently lacked adequate infrastructure in the harbour.

“They urgently need a new pier extension of 250 metres to facilitate the increasing number of fishing vessels, cruise liners, wind turbine ships and timber ships etc and a fit for purpose dry docking facility,” he said.

The councillor said a dry dock area big enough to accommodate large vessels would be a great asset.

“Over the past four years alone €100million of local money has been spent in foreign shipyards as Ireland has no dry dock facilities to service our own national vessels,” he said

Cllr Naughton believes that with the right dry dock facilities, fleets from the Navy, Marine Institute and Irish Lights could be serviced in Killybegs.

He said: “Killybegs Harbour Development Group have the knowledge, the staff and the expertise, and their renowned reputation internationally. However they require the state to invest in the necessary infrastructure.”

The motion was seconded by Cllr Niamh Kennedy (Ind) who said Killybegs had diversified a lot from fishing in recent years. She agreed that a dry dock area would be a good investment for the town and would provide future jobs.

But she called for a multi-agency approach, saying it was important that the Department of Transport was also involved.

Cllr Kennedy spoke of the growing tourism industry which was a good employer in the area, as well as imports such as wind turbines and wood chip that came through Killybegs.

She said a Department of Transport official had come to Killybegs and couldn’t believe what was actually being imported.

“We need a wide ranging discussion on this,” she said. “Killybegs is a jewel in the crown in south Donegal and we need to be taking it seriously.”

The Killybegs Harbour Development Group was established in 2017 as an advisory group to the Department of Agriculture, Food and the Marine. They represent 20 companies with an employment base of nearly 1200 people and annual turnover of €250m of which 94% is exported.

According to Cllr Naughton, the group members are willing to invest their own money in the pier. However the port is owned by the Department of Agriculture, Food and the Marine so support and commitment from the department is crucial.