Landmark monument in Donegal town to be cleaned and repaired 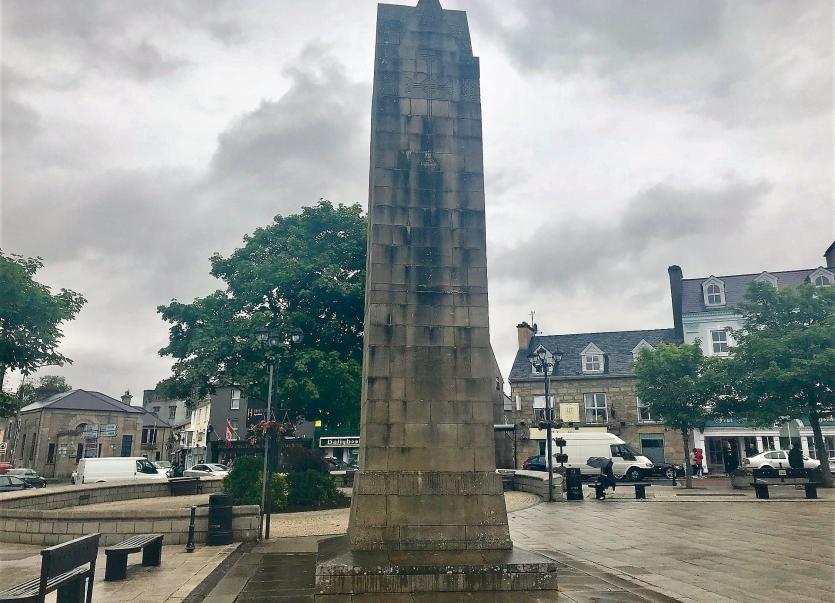 The Four Masters memorial monument in Donegal Town is to undergo specialist cleaning and repair.

Situated on the Diamond where there is a high level of passing traffic, the sandstone obelisk has become quite dirty and grimy in recent years.

Area Roads Officer Mark Sweeney told councillors at the September meeting of the Municipal District (MD) of Donegal that it was also in need of repair.

“The memorial is a protected structure so we need a conservation architect to oversee the works,” he said. “We are about to appoint one and we will then look at what needs to be done and then we can see about getting funding.”

The four-sided obelisk was erected in 1938. It is inscribed with a number of Celtic motifs as well as the names of each of the four authors of the Annals of the Four Masters - Franciscan brother Mícheál Ó Cléirigh and three laymen, Cú Choigcríche Ó Cléirigh, Fearfeasa Ó Maolchonaire and Cú Choigcríche Ó Duibhgeannáin.