IT OCCURS TO ME: Fascinating tales of life along the border 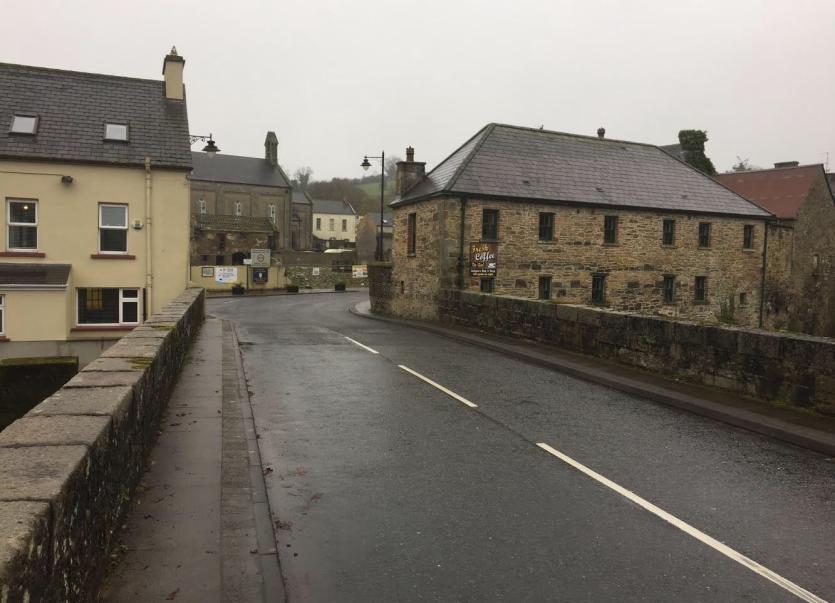 As a consequence of Irish non-belligerence, across the bridge in Pettigo lay the chance to spend a few illicit hours free from conflict during the war years

I recently read Peter Leary’s fascinating book, “Unapproved Routes: Histories of the Irish Border 1922-1973”. Peter is a native of Enniskillen and a Fellow of Irish History at the University of Oxford.
He begins with the story of 22-year old Philip Callahan who crossed into Pettigo in full US Army Uniform in August 1945.
“Previously he had always crossed the border in disguise. During the hostilities, it was strictly forbidden for service personnel to enter the South but he, like many others, did so often.
“As a consequence of Irish non-belligerence, across the bridge lay the chance to spend a few illicit hours free from conflict. Both alcohol and tobacco were cheaper there, while ‘fresh eggs, cheese, bacon and other such delicacies could be obtained without ration coupons’.
Strict enforcement of British wartime regulations meant that one side of the town was blacked out, in total darkness, while the (other), in the Free State, ‘glittered brightly’.
‘This’, it seemed to Callahan, ‘was one of the paradoxes of the war while the same people on the opposite side were neutral.’
There are fascinating chapters on the controversies surrounding the Foyle Fisheries Commission, Cockfighting along the border and of course, smuggling.
He reminds us that by 1924, female searchers were appointed on the Derry-Donegal border, where it was already said that ‘the principal offenders (were) women, many of whom regularly crossed the border to work in the city’s garment factories’.
Some of the smuggling anecdotes are hilarious. One woman, returning from the North would have a copy of the News of the World with her. The paper was banned here and the prudish customs man would take it behind the hut to burn it.
While he was occupied, “her sisters and friends would quickly cross with their baskets full.”
Another young buck smuggling a big bag of flour saw a patrol coming toward him and slung it into a ditch and jumped on top of it.
As the patrol passed he pretended he was courting his girl, and ‘the customs men were too embarrassed to stop.’
Equally funny is the review of the book by Derry native, Peter D. O’Neill, of the University of Georgia:
“In Derry, the South is north. My brothers and sisters confronted this cartological contradiction every weekend when they headed north across the border into Donegal to dance the hucklebuck at Borderland, that famous ballroom of romance situated in the quaintly named village of Muff.
“To my older siblings, the border meant drinking way past midnight, then a mad dash to catch the last bus back to Derry.
“To my mother, though, the border represented smuggling stories from the turbulent past. Like the time during the Second World War when she stuffed contraband in her undergarments in Buncrana, then boarded the train to Derry.
“Things chugged along nicely until the train reached Bridgend, and Her Majesty’s Customs officers boarded. With support from armed British soldiers, they commanded passengers to disembark in order to facilitate their search of the carriages.
“My mother began to sweat as she stood with her friends under a blistering sun. Normally, this rare meteorological event would be cause for celebration and suntan lotion. But this was not your normal day: the contraband down her knickers was a couple of pounds of butter, a luxury item rationed in wartime Derry but freely available in the Free State.
“Unsure if the liquid trickling down her leg was sweat or not, she huddled closer to her friends as a couple of customs officers looked on. They were having a laugh.”
“Unapproved Routes” is published by Oxford University Press and in these days of Brexit turmoil, makes fascinating reading.

ROSS RISES MORE RUCTIONS
I see where Lord Ross of D4 is seriously p…..g off many Fine Gael TDs as he continues his attempts at tougher legislation to counter speeding etc.
At the time of writing, I don’t know how the Cabinet Meeting will pan out but as one senior Fine Gael Minister put it: “He just can't leave things alone” and that “the changes will be viewed as "an attack on rural Ireland”.
Another claimed that “the mother of all rows” was in store because the proposals were “too heavy handed”.
Whatever about the merits or demerits of his proposed ‘graduated’ speeding plans - those caught up to 10kmh over the limit will actually be reduced to two points and a €60 fine; anyone speeding between 10kmh and 20kmh will receive three penalty points and an €80 fine and four penalty points and a €100 fine for those 20kmh to 30kmh over the limit - his proposed fine of €80 for not carrying your licence is away over the top.
Surely the old discretion of producing it to a member at a later date was reasonable but you always get the feeling with Ross that he wants to ‘put the boot on’ at every opportunity.
It may simply be a typical Irish reaction to his ‘plumminess’ and condescension, and while we all want effective legislation to counter dangerous driving, I am reminded of 16th Century Ulster Chief Shane O’Neill’s nickname,"Shane the Proud" (Seán an Díomais), which originally had the pejorative meaning of arrogant, because of his alleged vanity and self-indulgence.

THE DANGERS OF PREDICTIVE TEXT
A friend was recommending a nice wine to a colleague, and was hurriedly texting ‘Sauvignon Blanc’.
However, she pressed ‘send’ without double checking and was rather bemused when the reply said: “Ha Ha, I’ll try Sauvignon Finglas instead!”
When she checked, she’d actually written ‘Sauvignon Blanchardstown’!
‘Sauvignon’ comes from ‘Sauvage’, meaning ‘wild’. In Donegal parlance, the wine is ‘wild’ nice and pure ‘savage’.