Donegal's graveyards give up their stories 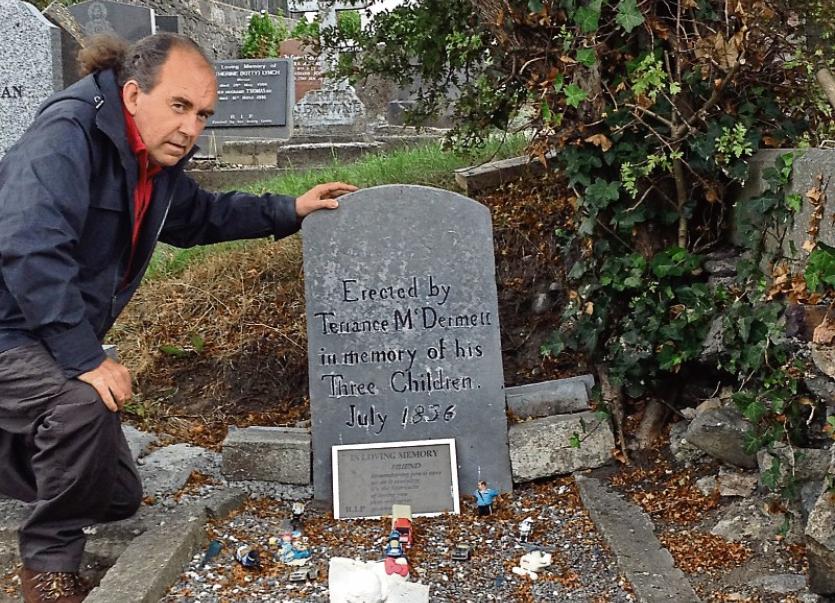 A new series from TG4 will be visiting Donegal this week.

The second episode of Ar Shlí na Fírinne will be broadcast this Sunday at 8pm and repeated next Monday at 12.30pm.

In the six part series, presenter Séamas Mac Annaidh takes us across the length and breadth of Ireland, from Belfast to Donegal, Galway to Cork, Dublin to Armagh.

“In doing so, he explores the surprising connections graveyards in these areas have with pivotal moments in history, as well as the unexpected stories and local traditions.

With a wry eye and expert knowledge, Séamas looks beyond the stone and earth to discover the very human histories underneath our feet.

Producer Sheila Friel, who is from Creeslough, said “The richness of stories in each programme has been really exciting and it’s been wonderful to see how connected local people still are to their own history.”

In this week's episode, Séamas visits Machaire Gathlán in Bunbeg and Tulacha Beilige in Cloughaneely and speaks to several locals. Mícheál Ó Domhnaill chatsabout the Píopaire Mór, Máirín Uí Fhearraigh speaks abouthow those who died on Gola and were brought to Machaire Gathlán. Tony McHugh, a local historian recounts how many bodies came ashore during WW2 and the war graves that were made for the soldiers, Dr. Brian Lacey tells Séamas about the history of the Tullach Beigile ancient graveyard. Helena Nic Raifeartaigh brings Séamas on the pilgrimage walk that happens every May in honour of those from Gaoth Dobhair to Cloughaneely who took the long journey to bury their dead and there is a poetry recital by Cathal Ó Searcaigh.