Oisin McConville tells it as it was 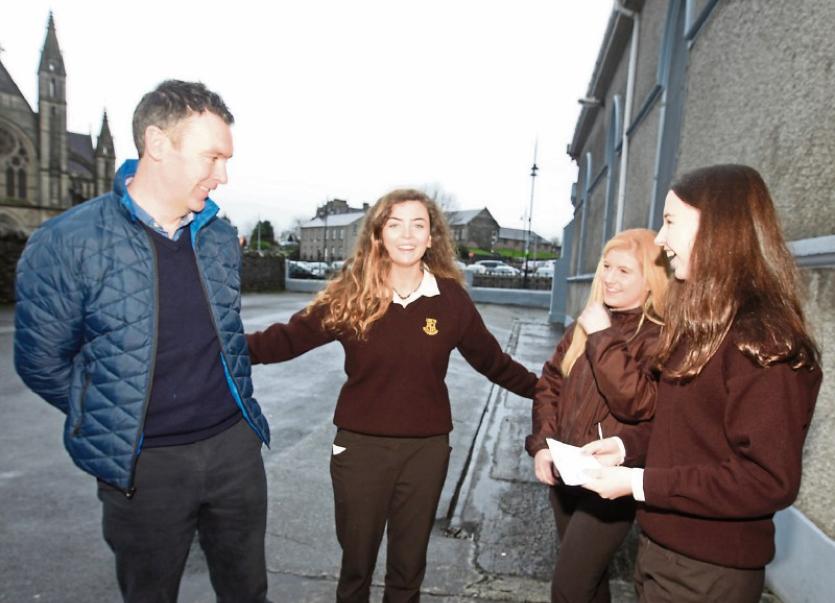 Transition year students were given an insight into the problems that can manifest from becoming a gambling addict by Armagh footballing legend, Oisin McConville.

The highly respected GAA figure had a captive audience for his hour-long talk which concluded with a question and answer session.

It's ten years since Oisin McConville last placed a bet and he described his addiction as being a monkey on his shoulder.

“My job now is to keep the monkey there,” he explained.

The father of two explained that he doesn't even buy a lotto ticket or a ticket in a local draw for fear of losing everything he has.

“You only get one chance of redemption,” he said.

The talk was organised by Coláiste Ailigh teacher, Joe McKelvey and was part of the Beo event which culminated in a concert in the Regional Cultural Centre Friday night.

“It was great to have Oisin McConville here today. The students really enjoyed it and the feedback has been great,” Mr McKevley added.

During his inter-county career for Armagh seniors, Oisin McConville notched up a record tally of 11-197 (230 points) in Ulster Championship football. He is a much sought after commentator on gaelic games and a very talented coach/manager.