It Occurs To Me with Frank Galligan: A visit to Inniskeen 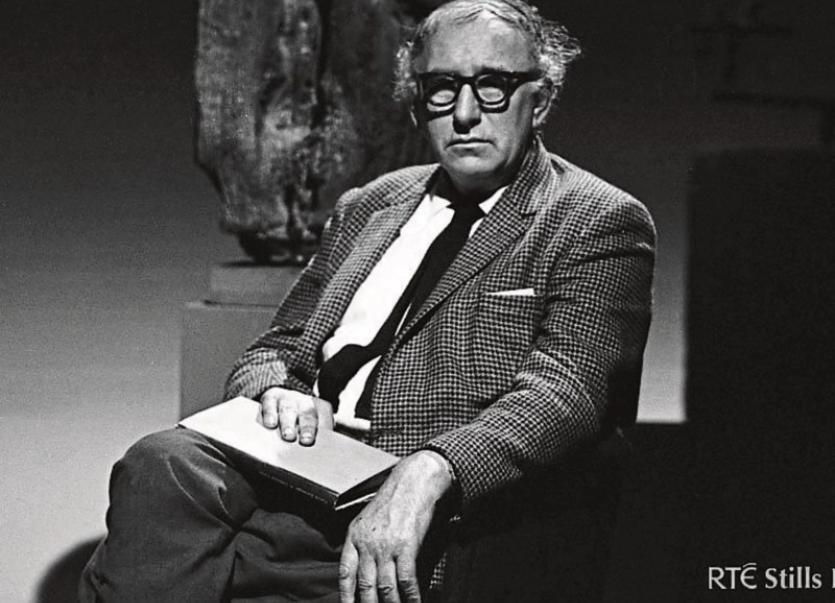 “I do not think of you lying in the wet clay

Of a Monaghan graveyard; I see

You walking down a lane among the poplars

On your way to the station, or happily

Going to second Mass on a summer Sunday -

You meet me and you say:

'Don't forget to see about the cattle - '

Among your earthiest words the angels stray.

And I think of you walking along a headland

Of green oats in June,

So full of repose, so rich with life -

And I see us meeting at the end of a town

On a fair day by accident, after

The bargains are all made and we can walk

Together through the shops and stalls and markets

Free in the oriental streets of thought.

O you are not lying in the wet clay,

For it is a harvest evening now and we

Are piling up the ricks against the moonlight

And you smile up at us - eternally”.

When Charlie McGarvey introduced me to Patrick Kavanagh’s beautiful poem about his mother almost 45 years ago in Carrick Tech, I recall being so moved that - while dandering over the Bogagh Road afterwards - I thought: “God...I nearly miss her myself!” Last week, to celebrate International Poetry Day, I was invited by Poetry Ireland to work with local schoolchildren in the Patrick Kavanagh Centre. Earlier, as I sat on the Dundalk to Inniskeen bus, I remembered how Kavanagh himself had often travelled on the same route (the timetable hasn’t changed...you leave Dundalk at 9.45am for the 20 minute run and return at 3pm) and as I was only one of two onboard, we struck up a conversation. His name was Johnny Jones and as it turned out, he knew the great poet. We could have blathered all day but the bus deposited me only a few minutes from the Kavanagh Centre, and our session began. I was greeted by the curator, Rosalyn Kearney, a warm engaging host who presented me with a copy of “Sacred Keeper”, the biography of Patrick Kavanagh, written by his brother, Peter. The children from St Daigh's NS and Blackstaff school would have made Patrick proud, energetic, creative and so full of vibrant good humour. Conscious that today May 5th, is my father’s 20th anniversary and that he is laid to rest beside his son Tom at St John the Baptist in Carrigart, I left Inniskeen feeling a poem was ‘looming’, and by the time I reached Derry some days later, it was born:

(In Memory of Mick and Tom Galligan)

All I know is that somewhere on the High Lea

The father will roll his trousers up and hold his son’s hand,

And when they wade through the lapping cold

And the small crabs tickle their ankles

Jesus will take them beyond Island Roy

Beyond the eye of Balor on Tory

Beyond the spire of John the Baptist

Beyond high clouds over Mulroy

Names the father cycled through,

Names the son would not outgrow.

But now, over their beloved Sheephaven

The Man Above scoops them in a net off Downings Pier

And the light from a mother’s prayer glows

In the same 48 hours that I travelled the circuitous route to Inniskeen, I had a trip to the wonderful Killucan/Raharney Golden Years club in County Westmeath. Helena Ennis has asked me to try and weave my storytelling around 1916. Now there was a challenge! Many of Helena’s colleagues were dressed like Constance Markievicz and they presented a moving pageant with Proclamation, poems and music.

As regards my own contribution, I recalled the 1966 celebrations in Gortnabrade National School with Principal Joe Gallagher, and shared some funny anecdotes collected from other schools in 2016.

Answer: “They ran out of stamps, miss!”

Teacher: “What is a ‘Terrible Beauty?’

Answer: “Maggie the Cross with the one eye!”

Teacher: “What happened the leaders of the Rising?”

Answer: “They were electrocuted!”

Teacher: “What do you call the auxiliary force sent by Britain during the War of Independence?”

I met a man with a famous surname, Mick Plunkett, and in the course of of our chat, I asked what age he was. “73” says he. “You don’t look it” I responded. “

“Don’t let the paint fool you, Frank, you can’t see the woodworm!”

Leicester City’s fairytale would have a remained a fiction but for Claudio Ranieri (pictured below). What an advertisement for the triumph of good manners. If he decides to lie in a ‘hape’ for the rest of his life, it won’t matter. He is immortal now. In his memoir. “Dead Man Walking” he recalls how Chelsea treated him: “Bitterness, rancour, hurt - call it what you like. Before Abramovich came, I was doing my job, I carried on doing it for him and I wanted to continue doing it. At the end, after the game against Leeds, I knew the players and the supporters were with me, even if the club was not. They knew I had left my legacy with them.”

Wronged by the club he once took to second place, still loved by the supporters...what a sweet irony that it was at Stamford Bridge he won the title.