DISAPPOINTING, BUT A LOT OF POSITIVES - DECLAN BONNER 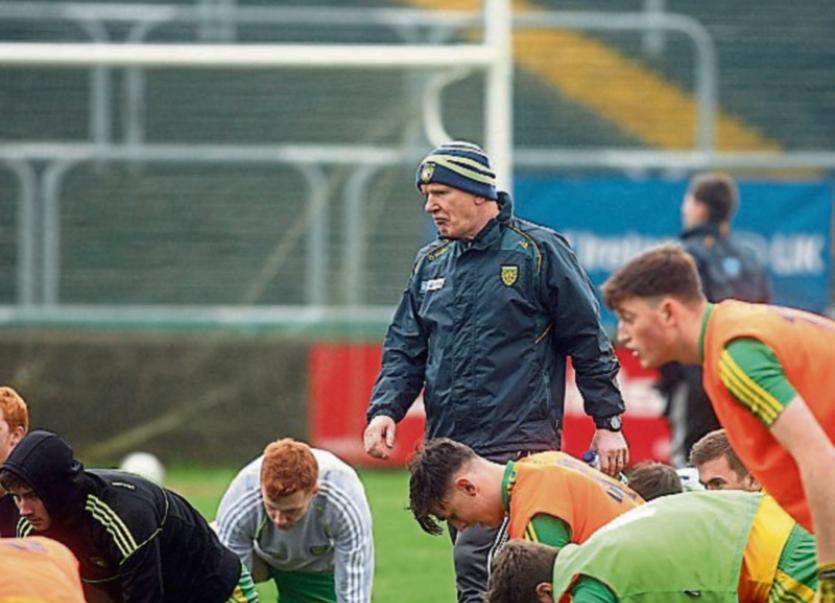 Declan Bonner was desperately disappointed that his side did not hang on for the win after coming so close.

Ryan McHugh’s goal in the first minute of injury time at the end of a pulsating and high quality encounter denied Bonner and his understrength team an opening round win.

“It was disappointing that we gave away that last goal, but there were a lot of positives out there today in that game,” Bonner said afterwards.

“A lot of lads worked really hard out there and kicked some excellent scores and I could not have asked any more from them.

“In terms of commitment and effort they stuck to the game plan and I have to give them great credit for that.”

It was a very encouraging Donegal performance given a number of what would be seen as first choice players were missing from the Donegal line-up.

Caolan McGonigle and Cian Mulligan, both members of Rory Gallagher’s senior squad, were in action for DCU in the O’Byrne Cup.

Kieran Gillespie, was with DIT, and Stephen McBrearty was injured while Lorcan Connor lined out for UUJ and Mark Coyle and Colm Kelly were also on the injured list.

“We wanted to be competitive in the McKenna Cup and we have two huge games coming up against Cavan and Tyrone.”

“In terms of the build-up today and meeting up earlier on in the hotel there was a sense that it was as close to championship as we can get in terms of preparation for the 15th of March.

“That is what it is all about, being ready for Tyrone in the championship.

“And from that point of view we would have to say we were very happy with the performance.

“As I said earlier the only disappointing factor is that we were ahead in that last ten to 15 minutes and we did not kill the game out.

“We just got caught with a sucker goal in the last few minutes and made a few mistakes to allow them in for the goal was the disappointing thing.

“But today from my point of view there were a lot of positives.

“There are a lot more pluses than negatives out there and we spoke in the hotel about that before the game.

“We wanted to use the game, we wanted to make sure that come the end of January we are a better group and have players that are ready for the 15th of March and Tyrone.

“All the lads that played today contributed and it was a good team performance and we gave Jordanstown plenty to think about.

“I’m sure they have gone home today thinking that has been a good workout for us.”

When questioned on the ‘mark’ and its use in the game the Donegal boss said he barely noticed it.

“I think there was one whistle blown for a mark and I was looking at the referee, what is that for. But I don’t think the mark is going to make any huge difference.”

And for the Donegal boss it is a matter of building on the performance for the remainder of the McKenna campaign.

And also building a squad for the first round U-21 championship meeting with Tyrone in March.

“From our point of view the difficulty now is that we have boys going back to College this evening and we won’t have them during the week.

“There are lads going to Dublin, going to Galway and there are some in Athlone so we won’t have them now until the weekend again.

“So we could be down four or five for the Cavan game.

“But it is an opportunity for those lads that come in and to play within the system we are trying to develop.

“Today was a big learning learning curve for a lot of those boys and I’m quite happy that the lads applied themselves very well and I have no doubt they will do the same next Sunday.

“We had a couple of goal chances that we did not take. We hit the crossbar with one but as I said it is a learning curve for all these lads and hopefully we can move on and up with a squad of 25 to 30 players ready for the 15th of March.

“I didn’t plan on playing Stephen (McMenamin) for longer than 40 to 45 minutes but circumstances dictated otherwise.

“Niall Friel picked up a dead leg and had to come off early in the second half. Stephen is only back from a knee operation and that game will have done him a world of good,” said Bonner.