Speak Up for Women’s Rights 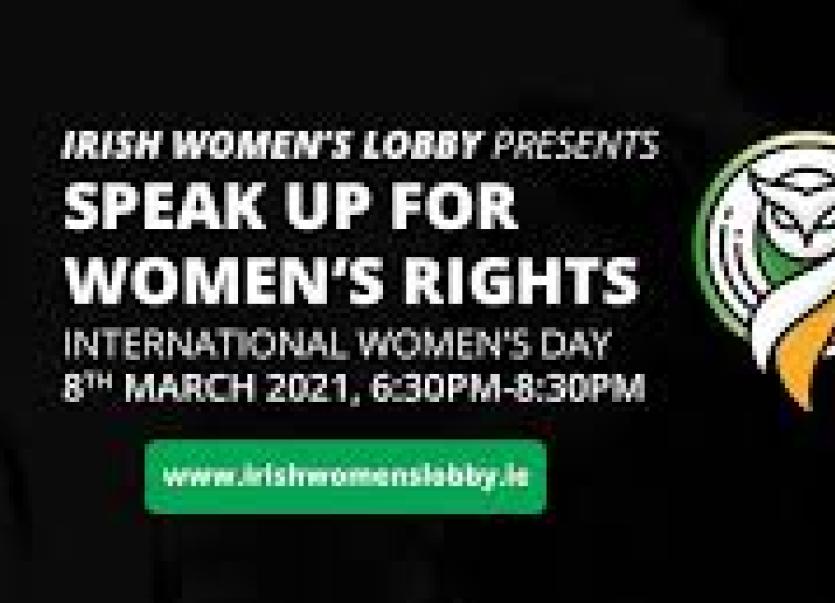 Donegal people are being invited to an online event to mark the launch of the new Irish Women’s Lobby.

The event will take place on March 8, International Women’s Day. Entry is free and open to all. For further information and to register go to www.irishwomenslobby.ie

The line-up of renowned Irish and Internationally-based speakers promises to inform and engage, covering topics as diverse as pornography, prostitution, freedom of speech, the Mother and Baby Home scandal, problems facing girls and young women today, and the convergence of the Far Right and Neoliberal Movements and its impacts on Women’s Rights.

The panel includes well known writers, researchers, and activists such as Julie Bindel, who will speak on Freedom of Speech, Gail Dines who will speak on Pornography, and Ruth Breslin who is researching sexual exploitation in Ireland.

Rachel Moran, one of the event organisers, who will be speaking on Misogyny from a Class Perspective on the night said: “I am delighted to be able to participate in this new venture, which is sorely needed for women in a country where Amnesty Ireland and the National Women’s Council of Ireland think they can sign their names to a public call to remove my representation in media and politics. The Irish Women’s Lobby is simply necessary in such an environment. To those groups I’d just say this: Irish women’s rights are not yours to give away.”

Dr Christine Gaffney, another organiser and one of the moderators, said: “I am honoured to present such an esteemed panel of speakers addressing the critical issues facing women and girls today – here in Ireland and around the globe”.

The international panel will comprise: Prof Gail Dines (author and anti-porn activist & speaker & founder of Culture Reframed): Industrial Nature of Pornography; Julie Bindel (author, journalist & co-founder of Justice for Women): Freedom of Speech for Feminists Who Advocate Against Male Violence; Yağmur Uygarkızı, (RadicalGirlsss member, speaker & writer); Challenges Facing Young Women Today and What They Can Do About Them; Prof Kathleen Stock OBE (professor of philosophy & author of ‘Material Girls’): Freedom of Speech in Academia; and Clara Berglund (Swedish Women’s Lobby Secretary General) – The Convergence of the Far Right and Neoliberal Movements and its Impacts on Women’s Rights

Irish Women’s Lobby is a coalition of grassroots organisations and women whose main aim is to provide political and media representation to women and girls in Ireland, highlighting the need to advocate for various female-specific issues, including acknowledging and seeking to end male violence against women and girls.

Irish Women’s Lobby are committed to advancing women’s sex-based rights and championing equality for women in Ireland. We aim to shape a future in which women and girls can live in a world free from male violence and socially imposed gender roles.