Neil McGee Glad to be back on the field 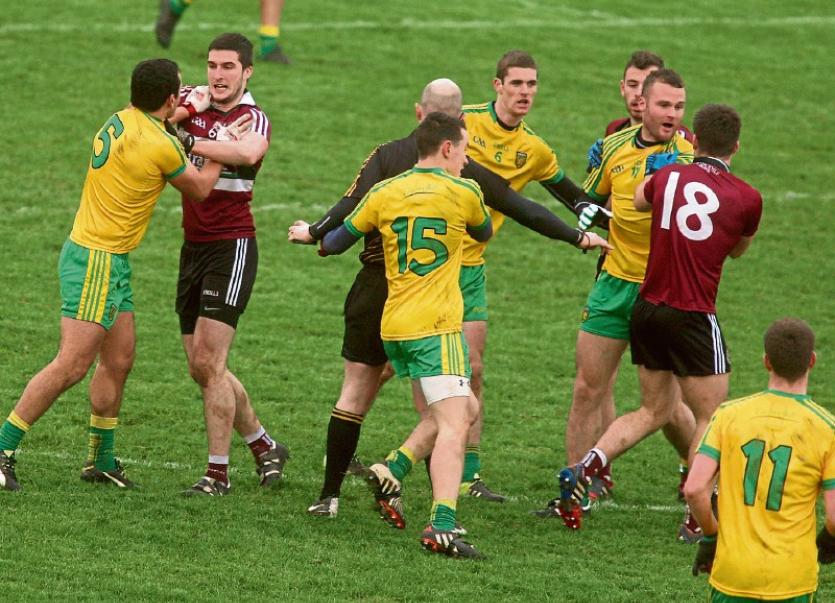 Neil McGee returned to action yesterday for his first outing of the new season when introduced for the second half against St. Mary’s.

He replaced Eamon Doherty on the edge of the square. He was disappointed with the defeat but was also glad to be back and is looking forward to blending in with the new faces that Rory Gallagher has added to the squad in the closed season.

“It is really good to be back. Myself and Michael (Murphy) returned to training last Saturday and we have a good week’s training done,” said the three time All-Star full-back.

“The fitness may not be up to the required level but I’m working on it and I’m really looking forward to playing with the new lads.

“They are a very talented bunch of players and as talented as there are in any county. It is now a matter of getting them the necessary experience and coaching to turn them into senior footballers.

“I have been very impressed with them all over the last two games. Stephen McMenamin had his first game today and I thought he played well.

“There is a good bite about him. Michael Carroll got into good positions and just couldn’t finish and I thought Jack O’Brien had another good game today.

“He picked up a yellow card in the first half and I think that may be why he was substituted at half-time. But overall they are a really good bunch of players and very talented,” said McGee.

Reflecting on the game Neil, like Rory Gallagher, felt that Donegal paid the price for not pushing on and converting domination of the possession stakes into scores.

“We dominated the game for long periods and we struggled to break them down but should have been four or five points up before they got back into the game.

“They were all easy chances given the quality of the players that were taking them. But they just didn’t go over for us and it was one of those days and we got caught on the break. The goal was a killer.”

He was not laying the blame for the defeat on the fact that there were so many young lads in the team. However, he did feel their lack of experience of playing at the higher level was evident from time to time and no more so in the first half when Donegal struggled to break down St Mary’s packed defence.

“It is a big step up for the young lads. It is a bit different at senior level; it is not all about power and pace; you have to use your head a little more to break teams down and we struggled to do that today in the first half.

“But they are only young yet and all that will come in time and they can only learn from the experience.” 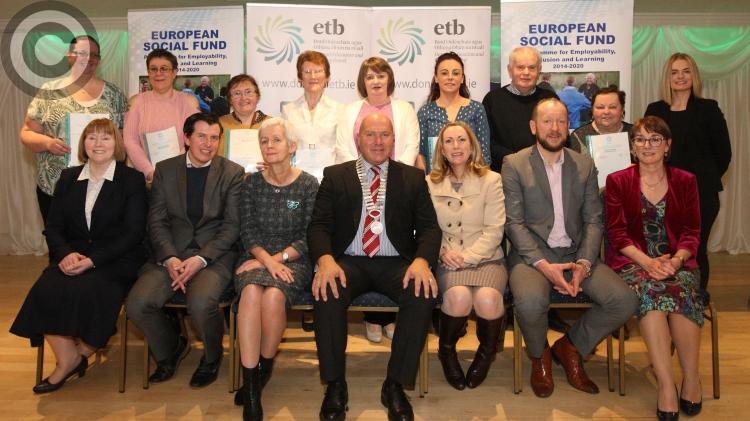