Orchard have too much for Drumbar 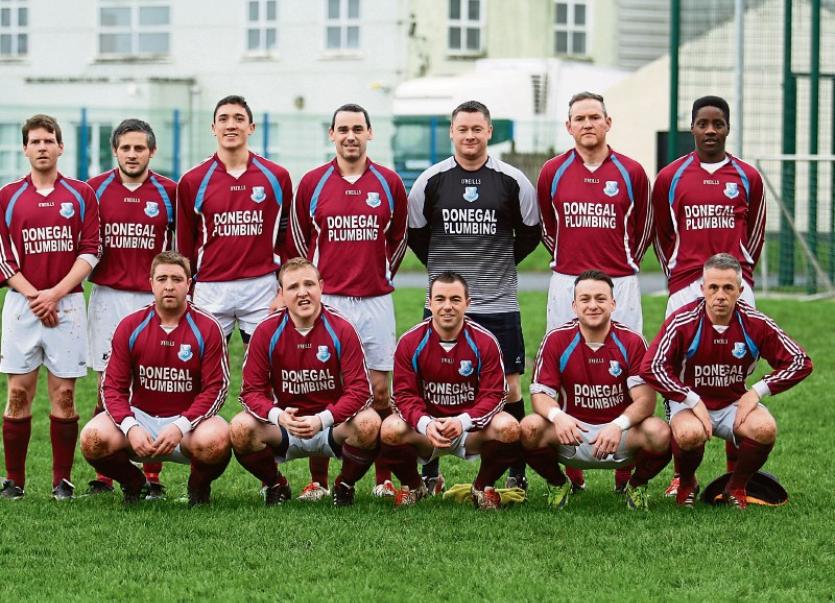 A wing-wizard during his time at Finn Harps, Niall Bonner is a player who could, and should, have played at senior level for longer than he did.

These days, Bonner plies his trade in the Old Orchard Inn Saturday Division and his performances this season continue to impress.

On Saturday, he scored one and was involved in the other goal as Orchard moved top of the table with a vital win over Drumbar.

Bonner and his strike partner Míchael Doherty - another player who spent some time at Harps - proved the difference on a day when struggling Drumbar certainly made life difficult for the Letterkenny club.

Going on this gritty display, it's hard to believe that Drumbar have lost all nine of their league games to date.

They sit a long way off the pace at the bottom of the table, but on Saturday, they frustrated their high-flying opponents with a hard workind display.

They never really looked like stopping Orchard taking all three points, but Drumbar did have their moments and probably deserved a goal, especially in the second half.

But Orchard were the better side and deserved their win. They were in front after only five minutes - Doherty converting from the penalty spot after Bonner was upended by the Drumbar keeper, Daniel Gallagher.

It was the perfect start for Orchard but frustratingly for them, they were unable to build on their early advantage.

Their efforts weren't helped by the fact that the pitch at the Community Centre in Letterkenny was in such a poor state of repair. That the match got the go-ahead was in itself, a bit of a surprise, and the two teams did their best, despite the extremely difficult underfoot conditions.

Drumbar almost drew level when their dangerman, Rahman Balogun tried to catch the Orchard keeper, Thomas McLaughlin, out from long range only to see his effort drift wide of the post.

But all the threat came at the other end where Doherty, Bonner and the impressive Vinny McLaughlin, caused no end of danger.

Orchard eventually got their second just before half time when Doherty's pass released Bonner in on goal and he showed great compusure to tuck his shot past the outrushing keeper.

The game was more even after half time and Balogun had the best chance to get his team back into it.

He pounced on a mis-placed goal-kick from the Orchard keeper who quickly made amends by racing out to thwart the striker just as he went to pull the trigger.

Drumbar's Daniel Bennett drew a good save from McLaughlin with a long range effort while at the other end, substitute, Conor McBrearty struck the crossbar as Orchard went close again. But their two first half goals were enough in the end to help them move a point clear at the top at the half way point in their season.