Jordan: "I hope to be back again next year" X 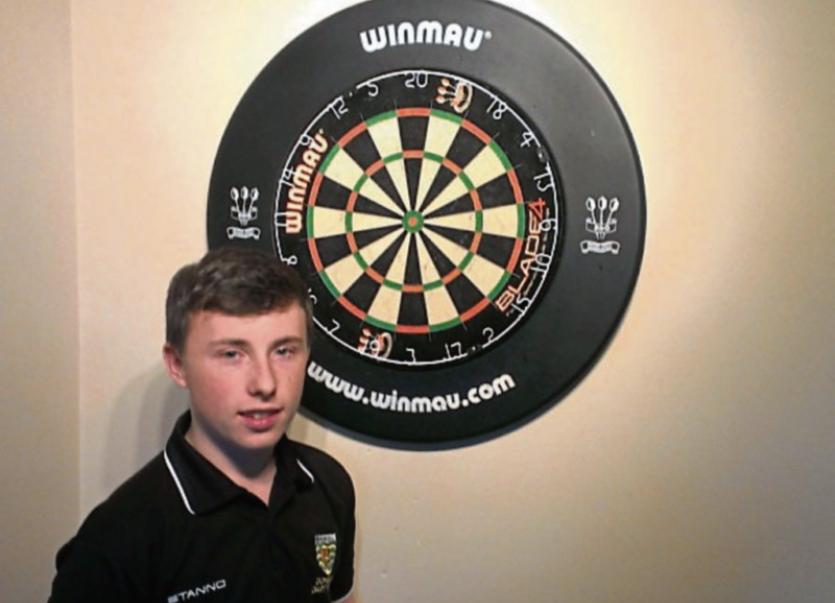 Jordan Boyce suffered an agonising defeat in the World Youths Darts Final - but then declared that he wants to go back next year and challenge for the title again.

Boyce, from Newtowncunningham, lost out in Thursday's decider at the hands of Joshua Richardson by three sets to two.

The Donegal teenager lost the last two sets, having lead 2-1 at one stage in the final which was broadcast live on BBC.

“I did myself proud,” Jordan said afterwards.

The final took place at the famous Lakeside Centre in Frimley Green in Surrey and was part of the BDO World Darts Championships which kicked off last week.

Jordan, who is only 16, is still underage for the Youths section next year and speaking to Highland Radio Sport, he said he wants a chance to go back and try his luck again.

“I have one more year left and hopefully I can build for that,” he said.

“I know now that I can handle the pressure so hopefully next year I can go on and try and win.”

In an intriguing final, Jordan looked to be on the way to a famous victory when he forged 2-1 ahead after the first three sets.

“I felt I just needed one more big set and I had the title in the bag,” he said.

“But that's darts for you, that's the way it goes.”

A large number of family members and friends also made the journey to Surrey from Donegal to support Jordan, and they certainly made themselves heard in front of the live TV cameras.

“To experience it was unreal and hopefully I'll be back here next year again,” Jordan added.

“The support was unreal. It was unbelievable.”