Convoy and Lifford draw as form goes out the window 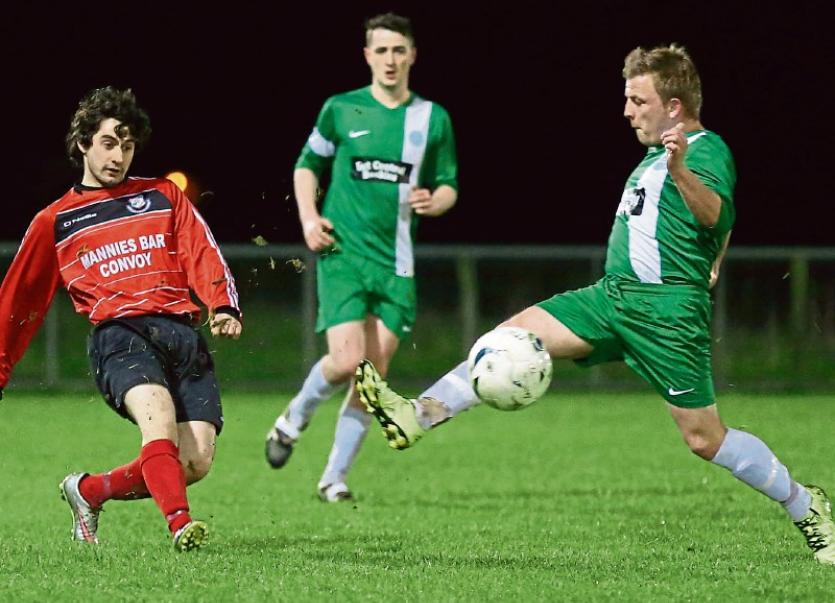 Convoy Arsenal and Lifford Celtic could not be separated at the end of what was an absorbing Temple Domestic Division One League clash in Orchard Park, Convoy, on Saturday night.

Paul Martin, Lifford, and Darren Harvey, Convoy, scored the goals on a night form went out the window and struggling Lifford were more than a match for table toppers Convoy.

When Johnny Robb missed the opportunity to hit the game’s opening goal when put clean through on a one on one situation with one of the star performers of the night Lee White in the Lifford goals.

Minutes later it was Lifford who took the lead when Paul Martin headed home from a corner. Convoy were given a route back into the game in the 34th minute when they were awarded a penalty.

Johnny Robb was again foiled by White who got down well for a fine save. Convoy piled on the pressure for the remainder of the first half but couldn't find the equaliser despite hitting the woodwork twice.

Lifford coped well with early Convoy pressure on the resumption. But on the hour mark Convoy won their second penalty when Ryan Carlin was brought down in the box. Carlin dusted himself off to take the penalty himself but then proceeded to drive over the bar for a second let off for the visitors.

Convoy’s sustained pressure finally paid off when Darren Harvey found the back of the net from a free tie up the game.

That was on 70 minutes and from then to the finish, the locals pushed for a winner but brave Lifford held out for a share of the points and much needed boost in a bid to kick part their season.