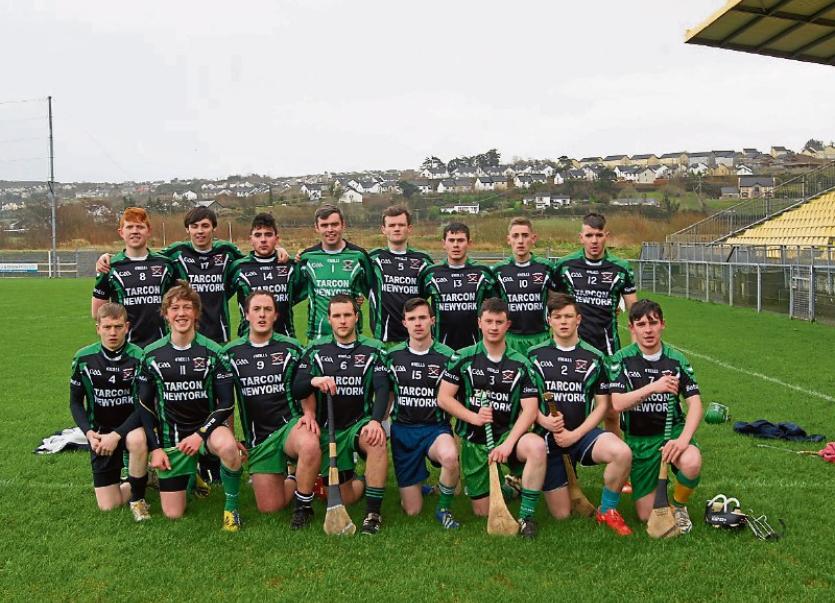 St. Eunan’s won their first under 21 hurling title with a well earned win over holders Setanta in O’Donnell Park on Sunday.

Both sides fielded a number of county senior hurlers and All-Ireland U-21 winners from the summer. Kevin Meehan opened the scoring for the Letterkenny men with an early free, which was cancelled by a well worked point from Justin Browne after 5 minutes. Meehan added another free shortly afterwards, but scores were proving hard to come by in difficult conditions.

Midway through the opening half, Niall O’Donnell finished a good St. Eunan’s move for a point. This signalled a period of St. Eunan’s dominance which proved decisive in the game. With Conor O’Donnell, Conor Parke, Stephen Doherty and Conor O’Grady controlling the middle of the field, the full forward line of Niall O’Donnell, Kevin Kealy and Cian Durack turned possession into scores.

In the 15th minute Kealy pointed and two minutes later O’Donnell broke through from the right and finished to the net. Meehan and O’Donnell added further points before a superb goal on 23 minutes from Durack opened a sizeable gap. The corner forward caught a long high delivery at pace just outside the large square and calmly struck the ball into the top corner. In the last six minutes of the half Setanta began to mount a comeback, with two frees from Browne and a late Bernard Lafferty point leaving eight points between the sides at the break, 2-6 to 0-4.

Setanta came out on the restart knowing that they needed to get early scores. With Shane Gallen, Mark Callaghan and Justin McBride providing a platform in defence, the Cross team created a number of chances. Browne pointed another free on 37 minutes, but they could not add to this.

A feature of the whole game was the commitment of the St. Eunan’s team in the tackle, creating many turnovers and huge pressure on Setanta forwards trying to take scores. This pressure paid off in the last quarter. Aaron O’Connell and Darragh McCarthy set up two Meehan points and a final score from O’Donnell sealed the win for St. Eunan’s.