Winter League building up to finale at Deane's 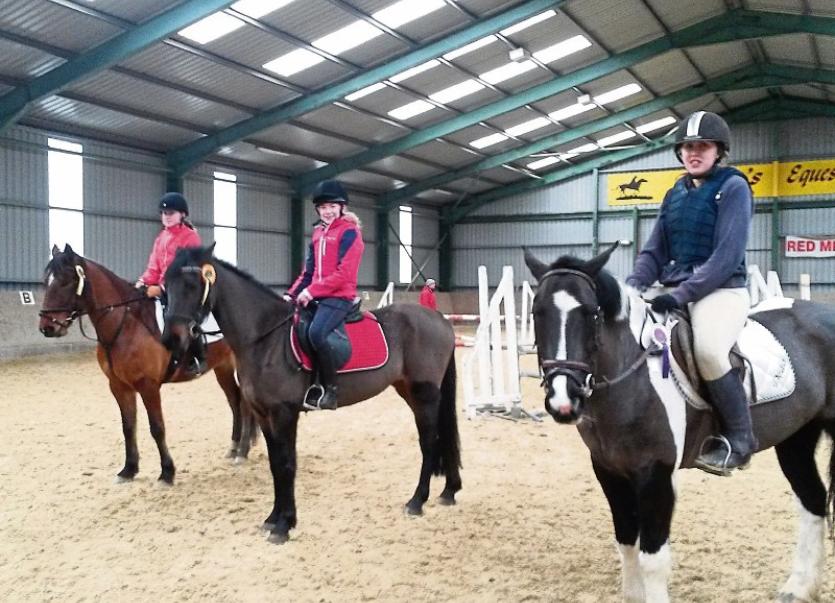 With one more week of jumping before the Final of the Winter Showjumping League at Deane’s Equestrian Centre there are still plenty of point up for grabs.

Lucy Stewart and Dedo have increased their lead for the Senior Champion Rider and are now on 60 points in two classes with Kirsten Rice and Rambo still on 40 points. Lucy will be hard to catch now.

The Junior Champion Rider is a much closer affair with Hannah Marie Slater and Pierre just in front with 45 points and Bridin Walsh on Rocky close behind on 40 points and Lily Wilcox and Star on 35 points. Bridin Walsh and Deagan and Ally McClay on Meenarillagh are on 30 points. Hannah Marie Slater and Pierre still need a clean sheet next week to keep the pressure on the chasing pack.

In the Starter Stakes Stephen Dobbyn and Bailey parted company but were none the worse for wear.

In the 40cm class Rebecca Morrow and her trusty steed Truffles flew around the course to pick up a much deserved clear round rosette.

In the 50cm class there was a great display of jumping as only three out of the eleven riders picked up unlucky faults. Hollie Bradley on Tango once again jumped a superb clear round. Amy Gardiner on Bertie worked hard to earn her clear round rosette. Marie Molloy on Honey was shocked not to have knocked any poles down as rattled a few during their round. Well done to the riders from Kay’s Equestrian some of whom were jumping in their first competition. Claire Maguire on Bailey had some lovely jumps while Shavonne Nagel on Duchess were so unlucky to knock the last fence. Rebecca Morrow was feeling brave and took Truffles for a spin and had to work hard to keep it all under control but came home with another clear round rosette.

The 60cm class saw Lily Wilcox jump a great round as Star sailed around the course. Amy Gardiner on Bertie also picked up their second clear round rosette for the day not to be outdone Ally McClay on Meenarillagh also jumped a super round to pick up a clear round rosette. Shavonne Nagel on Duchess finished off a super days jumping by collecting a much deserved clear round rosette making the trip from Leck worthwhile.

The 70cm class had only one clear round and that went to Lucy Stewart on Dedo jumping a faultless clear round. Bridin Walsh on Daegan had a tough round and picked up several faults but managed to complete the round. Katie North on Huntingfield Class had a fence down early in their round but finished well.

The 80cm class saw Lucy Stewart on Dedo claiming another clear round and more points for the Senior Champion Rider competition. Hannah Marie Slater on Pierre also added to her points tally as she jumped a lovely clear. Andrea Green on Harry jumped a great round to claim her second clear round rosette for the day.

In the 90cm class Bridin Walsh on Rocky had much better luck and sailed around the course with a lovely clear adding to her points tally and keeping in touch with Hannah Marie Slater. Debbie Ramsbottom on Just like Jake had her hands full as he was like a rocket around the course, despite rubbing a few fences, everything was still standing as she crossed the finish line.

In the 1m class Bridin Walsh and Rocky picked up their second clear round rosette for the day. Megan Bonner on Creggan Boy picked up an unlucky 4 faults in both rounds. There were no clears in the 1.10m class.

The Winter League continues next Sunday the 14th of February and runs for two more Sundays. The same horse and rider combination must have competed in four of the Sundays in order to be eligible to compete for prizes on the final day the 21st of February. But all riders are more than welcome to jump on the day.

Thanks to our judges Cyndi Graham and all the arena helpers who helped the show run smoothly. For further details contact Alax Deane on 074 9737160 or check Facebook at Deane’s Farm Equestrian Centre. 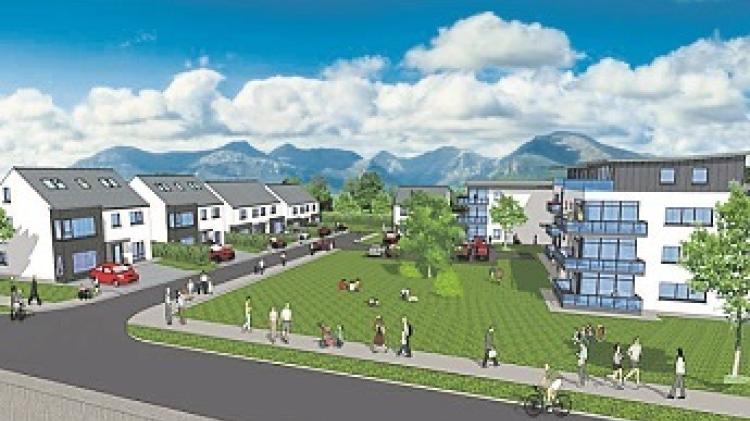