Guthrie back and relishing new season 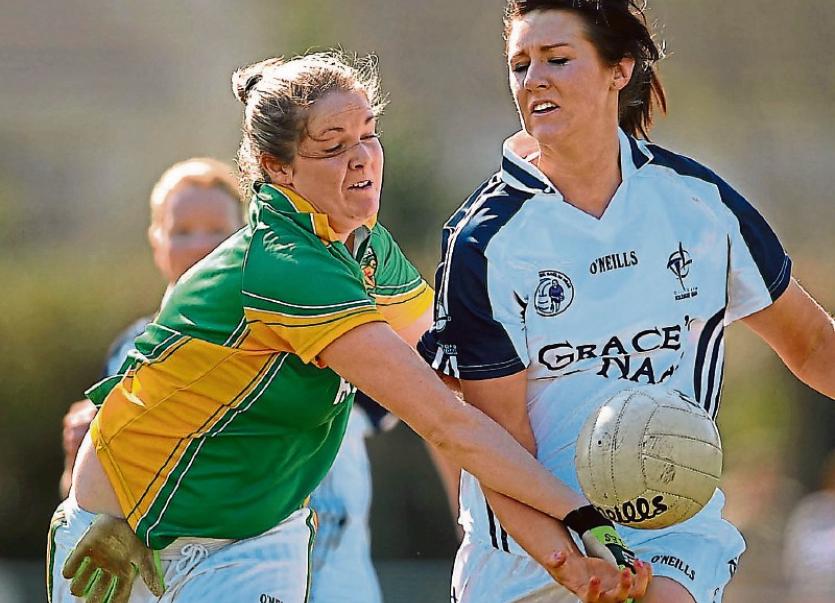 Donegal are chasing a third win on the trot when they face Sligo in the Lidl Ladies National Football League on Sunday, in Sligo. (2pm)

The reigning Ulster champions, who missed out on promotion last season, have already proved too strong for Westmeath (away) and Laois in Moville last Sunday.

The mood in the squad is one of determination to make up for last season’s final day slip up and league final and promotion play-off defeat to Armagh.

And no one is more determined to gain promotion than Karen Guthrie, who is into her 11th season in the Donegal senior shirt.

She had already missed the last two league games before the final and except for a cameo appearance in the closing minutes of the historic Ulster final win over Monaghan in July, her season was a washout.

Following successful surgery in November she is back near full fitness once again and with a renewed drive after the best part of nine months on the sideline.

She played 40 minutes and got her name on the scoresheet in last Sunday’s 4-11 to 1-3 hammering of Laois.

“It was great to be back. Micheál (Naughton) and Sean (O’Kane) told me they would give me 15 to 20 minutes to work me back into the team. But I played for 40 minutes and it was brilliant to get out again in the second half,” said Karen.

“I really missed playing. It was hard to watch from the sideline though on the positive side it has given me a different perspective on the game.

“I learned a lot watching the games.

“It made me think more about the game and my own game, something that you do not do when you are playing away every weekend.

“I have come back with a renewed appetite and hunger and it is a matter now of building up my fitness levels and my match sharpness and nailing down my place on the team again.”

Donegal won nine consecutive games in last year’s league campaign and then fell at the final hurdle and missed out on the one and only promotion spot.

Promotion is the target once again this season and with Cavan, Westmeath, Meath and Clare the main challengers every point is precious and this Sunday three are up for grabs against Sligo.

“We haven’t met Sligo much in competition in recent years, but we have played them a lot in challenge games in the last few years and we would be pretty familiar with them,” said Guthrie.

“They have always been stiff opposition and I always found them to be very physical and I expect they will be no different on Sunday.”

Sunday’s game is Sligo first at home and they are chasing a first win after losing their opening two games to Meath and Clare.